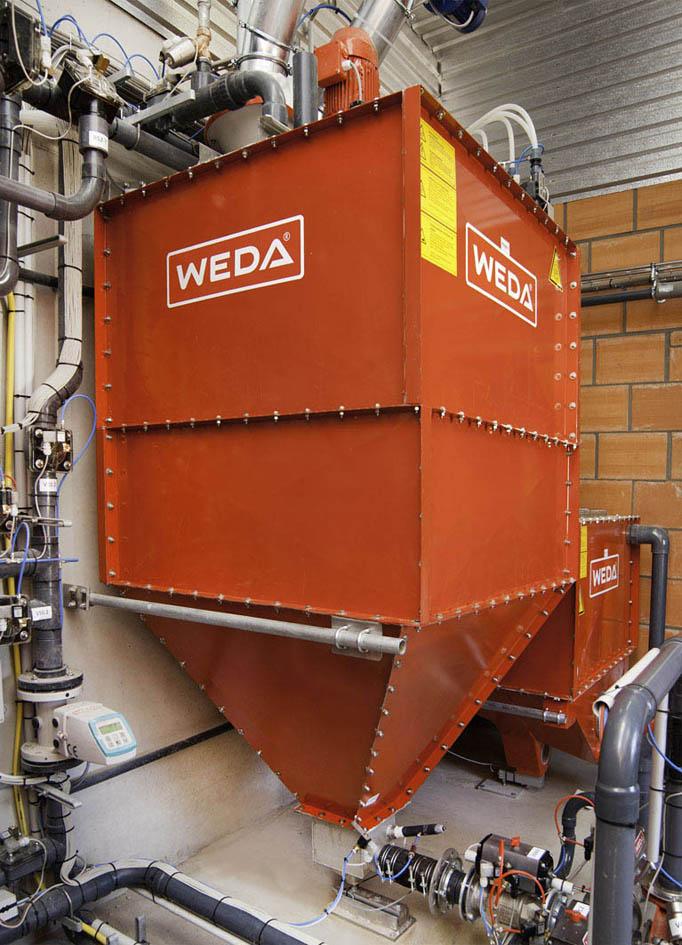 An innovation ? the ?sump? underneath the WEDA container

WEDA – Dammann & Westerkamp from Lutten are introducing a new type of container for liquid feeding systems, which enables the dosification of smallest feed amounts for pigs.

The special feature of the „QXS“ is the cuboid-shaped „sump“ of the container. Furthermore, the developers of the comprehensive suppliers for pig managements have adopted the modular construction manner of the proven QS container wall system. This standardization facilitates container sizes with a volume from 650 to 1,650 litres in maximal construction stage.

The newly developed agitators with floor-level „minimal stirrers“, attached under the floor bearing, guarantee the desired maximum of homogenous feed. The agitators operate close to the wall and the special construction of the agitators prevents de-mixing of the feed.

Due to the use of different cable cross sections, the technology can be used for piglet feeding as well as for the feeding of sows and fattening pigs. With a sump with a „50-out- let“ and the new corresponding accessories, the system is operating in accordance with the proven WEDA piglet feeding system, Conticomp. The „90-outlet“ corresponds with the liquid feeding container.

During the calculations of the flow behaviour, the WEDA developers have paid special attention to the prevention of feed splashes during the mixing process, – an important feature of container hygiene. Our chief goal of the development should perhaps be summarized as follows: „maximal efficiency due to an application-oriented construction“, comments the leader of WEDA’s Development Department, Ralf Meyer.