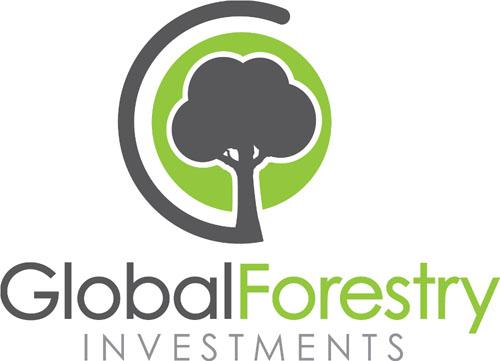 The social media craze has been hitting Brazil as the emerging BRIC nation is reportedly becoming one of the most avid consumers of social media in the world. With an estimated 75 million internet users, it is believed that 23 percent of users regularly use Twitter, making that the highest usage anywhere in the world. Back in February, Facebook users in Brazil stood at 10 million. Today, that number has risen to 23 million users. Of course, Brazil has been developing at a fast rate, and with the large population it probably shouldn’t be surprising that social media is thriving in the South America country. But a strong economy isn’t the only driving force behind this huge rise. Rafinha Bastos, a Brazilian comedian who was named by the New York Times as the most influential person on Twitter, said: “Brazilians like to interact, to meet people, they like to keep in contact with their friends and we like to produce content. This is the Brazilian nature, we are joke tellers, playful people and this is the basis for social media and here, social media has a remarkable presence. ” This explains not only the rise in social media usage but also the fact that Brazil has one of the highest engagements with blogs too. Businesses have also been factoring in social media, and in some cases, it has proven to be fruitful leading them to huge successes. Peixe Urbano, an online Brazilian coupon site is a prime example of this. “We had a stretch goal at the end of the first year to end up with 300,000 users, and we ended up with 5 million. So it was way beyond any of our expectations,” said Julio Vasconcellos, co-founder of the company. “I think everything actually played out in a very similar fashion that we expected, but instead over five, six years, it all happened within a year. ” Of course internet connection is required in order to access the plethora of social media sites and not everyone has access to this. Even though Brazil has a growing number of users, an estimated 40 per cent of people are regular internet users. As more provisions are made around the country for people to gain access to the internet through community centers and new broadband companies entering the market, the social media boom is set to strengthen even more.Our approach is a sensible one, appreciating the high demand for timber and the fact that the timber trade will continue. Therefore we have an opportunity to participate and make sure that any negative impact to the surrounding environment and community is minimised and that good management secures the future of the forests.   GFI believe that investments in overseas forestry will bring diversity, growth and stability to any investment portfolio – especially in the currently unstable economic climate, whilst creating the added tax and green benefits associated with most ethical investments.Global Forestry Investments  UK - Brazil - Dubai  St Clements House   27-28 Clements Lane   London  EC4N 7AE  Safeera Sarjoo, Editorial Coordinator  Tel: 0207 754 0493  Email: safeera@globalforestryinvestments.com

03-09-2012 | Business, Economy, Finances, B …
Global Forestry Investments
Gates and Batista's joint venture in Brazil
One is the chairman of Microsoft. The other is the richest man in Brazil according to Forbes. Together, they’re planning a significant investment in the Para region. Bill Gates and Eike Batista are creating a joint venture to explore biotechnology in the Amazon with plans to invest around US$300 million in land there. Para is no stranger to investments in this particular sector, having programs in place to help utilize all
12-13-2011 | Energy & Environment
Global Forestry Investments
The rise of Vertical Forests
The financial downturn is not the only thing that is plaguing Italy. Milan is reportedly one of the most polluted European cities so in a bid to combat emissions, the new development of a vertical forest has been unveiled. The design, by architect Stefano Boeri, is a one of a kind concept and incorporates 900 trees in the structure. These act as an oxygenator that filters out fumes from
11-04-2011 | Energy & Environment
Global Forestry Investments
Young Environmental leaders showcase sustainable solutions
Young environmental leaders were showcasing their unique, innovative solutions for sustainable development in Leverkussen, Germany this week. The 47 applicants from 18 developing countries were picked out of 800 entries, representing their countries at the UNEP-Bayer Young Environmental Envoy Programme, where their ideas ranged from eco-tourism to eco-friendly cooking oil. Nick Nuttall, the acting director of UNEP’s Division for Communications and Public Information said: “The participants in the UNEP-Bayer Young
10-07-2011 | Media & Telecommunications
Global Forestry Investments
Steve Jobs: 1955 - 2011
This morning on my way to work I, like many others would have, learned about the death of Steve Jobs. The initial shock stayed with me throughout the entire journey into work and was made even more direct when starting up my iMac and opening up the Safari web browser with the homepage landing on the Apple website. Steve Jobs’ resignation earlier this year confirmed to us that all