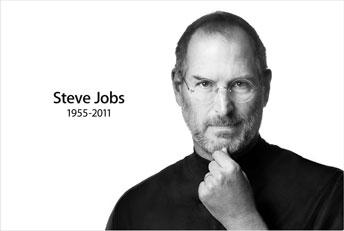 11-22-2018 | Business, Economy, Finances, B …
Insurance Crazy
Steve Scearcy Invests on Insurance Crazy
Insurancecrazy.com has launched, saving consumers time and money on auto insurance. The site also makes the task of buying insurance educational and fun. Yes, fun! Using what they call edutainment, the company provides tip and secrets on how to get the lowest rate on auto insurance. Their smart tools let the consumer receive auto insurance quotes from several different insurance carriers almost immediately. The consumer is able to compare and
07-17-2018 | Science & Education
BioData
Steve Yemm Appointed CEO of Labguru’s, BioData
17 July 2018, Cambridge, MA — BioData has announced the appointment of Steve Yemm as CEO, following a decade of growth in the adoption of its flagship product Labguru. This secure, compliant, web and cloud-based Electronic Lab Notebook (ELN) is trusted by over 30,000 users worldwide who rely on it to plan and document experiments, track progress, streamline lab logistics and share results. Steve Yemm has been BioData’s Vice President of
10-31-2011 | Health & Medicine
iHealth France
Steve Jobs leaves his mark on healthcare
Gone are the days when you had to wait to see your doctor for a blood pressure measurement. Now you can control it as often as you like using your iPhone, iPod or iPad. iHealth, the new blood pressure dock for Apple devices has seduced the world of healthcare with its ergonomics and ease of use, firmly embedding itself in the Apple tradition, which revisits technologies by making them more
11-25-2010 | Arts & Culture
Wisconsinmade.com
Steve S. Meyer Photography Joins Wisconsinmade.com
FOR IMMEDIATE RELEASE: Wisconsinmade.com Welcomes Steve S. Meyer Photography to Our Artisan Group: MADISON, WISCONSIN (11/24/2010) – Wisconsinmade.com, an e-commerce gift store, is pleased to announce that Steve S. Meyer Photography, of Prairie du Sac, Wisconsin, has joined our artisan group. Wisconsinmade.com carefully selects only the finest gifts made in Wisconsin and offers them for sale on the Internet. "Wisconsinites will be proud to display award-winning photography from Steve S. Meyer in
09-24-2010 | Leisure, Entertainment, Miscel …
Steve Trovato
New Facebook Fan Page for Steve Trovato
Pasadena, Ca – Guitarist, Steve Trovato has teamed up with Joshua Paul Vittek and Associates to create the Steve Trovato Facebook Fan Page. The new page will offer more features than the typical Facebook layout. The welcome page features custom graphics, an audio player, a new photo library, a new video viewer and the ability to play and purchase music directly on the Facebook site. Over the
09-18-2010 | Sports
American Deer & Wildlife Alliance
The Outdoor Patriot Show Welcomes Steve McKinney
AUSTIN, Texas — A rallying cry for sportsmen to defend our outdoor American traditions, the all-new Outdoor Patriot Show kicks off football season by welcoming Steve McKinney, owner of McKinney Whitetails and former NFL player for the Houston Texans. McKinney will appear this week on The Outdoor Patriot Show, available online at www.OutdoorPatriot.com and Apple iTunes. An avid hunter, McKinney is well-known for his 11 years as an offensive lineman
Comments about openPR
I can't but agree to the positive statements about your portal: easy to use, clear layout, very good search function, and quick editing!
Jens O'Brien, Borgmeier Media Communication