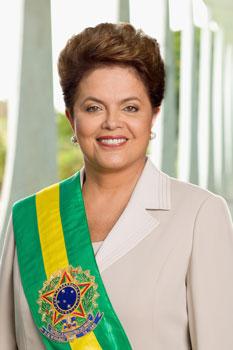 You would think that behind every great man there’s a great woman, but according to Forbes, the only person the most powerful women are driving are themselves. Surprisingly enough, the top ten list consisted of women from politics and business, with Angela Merkel, the German Chancellor coming in at number one, Hillary Clinton came in second place, while Dilma Rousseff, President of Brazil, rounded off the top three. It’s not that shocking that political figures made up the top three as Merkel is described by Forbes as the real leader of the European Union and is supposedly the key to curing the euro zone. Clinton’s second spot may add a hint of brightness to Americans as they too battle through their failing economy. President Dilma Rousseff’s third spot is definitely well earned, as Brazil is undoubtedly one of the fastest growing economies today. Though Rousseff has had to put up with issues surrounding the Forest Code and the reshuffling of cabinet members, Brazil’s continued growth after the days of Lula de Silva secured Rousseff’s place in the top three. The full list that doesn’t feature an entertainer in the form of Lady Gaga until number 11 gives an interesting insight into where power actually lies. Despite the likes of Oprah Winfrey and Beyonce Knowles having an influential effect on hoards of people, the real power figures appear to be those in charge on a global level. Indra Nooyi, Chief Executive of PepsiCo, Sheryl Sandberg, the COO of Facebook made up the top five with Melinda Gates, the Cofounder of Bill and Melinda Gates Foundation, Sonia Gandhi, Michelle Obama, Christine Lagarde and Irene Rosenfeld, the CEO of Kraft Foods rounding off the top 10. Sarah Coles who writes for Wallet Pop UK wrote: “It's also enlightening to see how many of these women are over the age of 40 when the cry of women in this age bracket is that society writes them off. In these cases, 27 of the top 30 are over the age of 40 - with the celebrities appearing as the only exceptions to the rule. In fact, 22 of the top 30 are over the age of 50 and five of them are over 60.” Along with running one of the powerful, emerging nations, Rousseff can relish in knowing that she too is regarded as a powerful influence. Our approach is a sensible one, appreciating the high demand for timber and the fact that the timber trade will continue. Therefore we have an opportunity to participate and make sure that any negative impact to the surrounding environment and community is minimised and that good management secures the future of the forests.    GFI believe that investments in overseas forestry will bring diversity, growth and stability to any investment portfolio – especially in the currently unstable economic climate, whilst creating the added tax and green benefits associated with most ethical investments. Global Forestry Investments  UK - Brazil - Dubai  St Clements House   27-28 Clements Lane   London  EC4N 7AE   Safeera Sarjoo, Editorial Coordinator  Tel: 0207 754 0493  Email: safeera@globalforestryinvestments.com