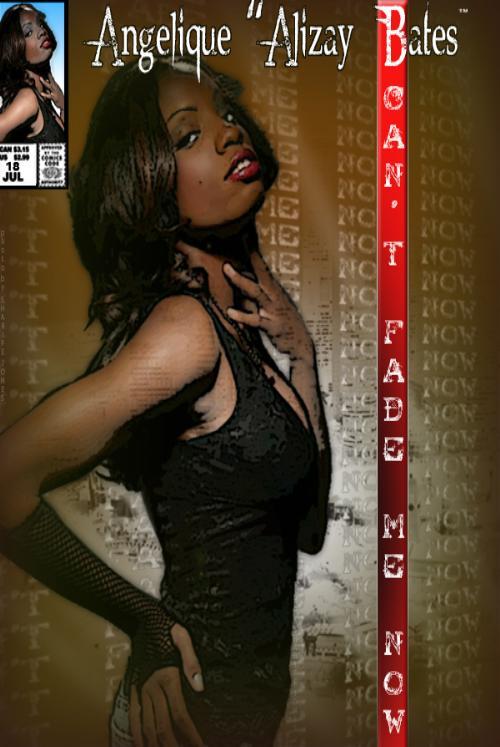 The Nickelodeon actress famous the world over for her role in ‘All That’ and various Hollywood films, has released an upbeat Pop/Hip Hop track which has already received considerable airplay across stations in the US and UK.Angelique ‘Alizay’ Bates, a Californian native from Haitian/Native American Indian decent shot to fame in Nickelodeon's #1 hit television show, All That, and has since appeared in numerous US TV shows and Hollywood films. Now focusing on her music career, Angelique ‘Alizay’ Bates has recently partnered with Expat Records to release her debut single ‘Can’t Fade Me Now’ officially released on 18th July 2011. The track stands apart from the majority of hip hop heard on today’s radio with its upbeat sound and positive message.Commenting on the release, Jeff Libby CEO of Expat Records said “we are thrilled to be working on this release and have been overwhelmed with the reaction it has been getting from so many of Angelique’s fans and radio stations alike. This track is all about putting some fun back into hip hop”.Angelique ‘Alizay’ Bates is far from a new comer to music, having already opened for big named acts including The Sugarhill Gang, Big Daddy Kane and Special Ed and the actress turned musician has also had tracks featured on the So So Def mixtape and is also featured on the Slip-N-Slide UK Mixtape. ‘Can’t Fade Me Now’ by Angelique ‘Alizay’ Bates is available now from various online stores including iTunes: http://itunes.apple.com/us/album/cant-fade-me-now-single/id450805573A full album by Angelique ‘Alizay’ Bates, yet to be named will be available early in 2012.For more information, please head to: www.expat-records.com/alizay www.youtube.com/angeliquebates www.facebook.com/angeliquebates www.twitter.com/angeliquebates www.myspace.com/angeliquebatesalizayxpat Records is a label and music publishing company representing artists worldwide. Expat is unique in its creation and creative use of advanced software systems and web 2.0 technologies to market and promote its artists.For more information please visit: www.Expat-Records.com http://musicians.about.com/od/recordlabelinterviews/a/Interview-With-Jeff-Libby-Of-Expat-Records.htm http://www.facebook.com/pages/Expat-Records/360325648490 http://twitter.com/ExpatRecords2885 Stanford Avenue 12566 Grandville MI 49418