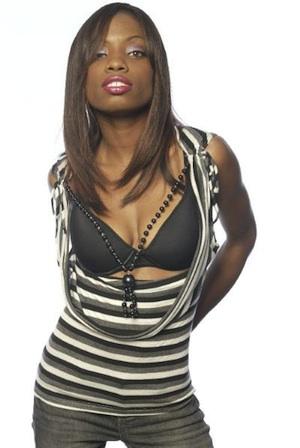 The renowned Californian actress and star of Nickelodeon's #1 hit, television show, ‘All That’ has chosen to focus on her music career by partnering with the Indie label to release her debut album.Angelique ‘Alizay’ Bates, a Californian native from Haitian/Native American Indian decent shot to fame in the Nickelodeon's #1 hit, television show, All That, a sketch comedy show that she appeared in for 2 Seasons. Her performances continue to be shown to young audiences across the globe today.Angelique Bates who also goes by the name of ‘Alizay’ has appeared in numerous TV shows, feature films and ad campaigns. The multi talented entertainer who is a familiar face on the Hollywood red carpet, is also heavily involved in charity work, regularly volunteering for The Red Cross, Feed The Children and also featured in the recent Ashton Kutcher/Demi Moore ‘End US Hunger’ campaign.The young Californian star has now chosen to focus on her music career following recent performances opening for big named acts including The Sugarhill Gang, Big Daddy Kane and Special Ed. Far from a new comer to music, Angelique Bates has tracks featured on the So So Def mixtape and is also featured on the Slip-N-Slide UK Mixtape. She is currently working on material for her debut album with various named producers. The first single to be taken from the album is called “Can’t Fade Me Now” a track that is currently receiving regular airplay across US and European radio stations.Commenting on the deal Angelique ‘Alizay’ Bates said “Music has always been a huge part of my life and I am very happy now to be spending time in the studio working with some incredibly talented people. I am very excited about my future with Expat Records and my music career”.Jeff Libby CEO of Expat Records comments, “Angelique ‘Alizay’ Bates is an extraordinary young lady. Not only does she sing and rap, she also does stand up comedy, acts, models, dances, choreographs, volunteers, produces and directs. We are very happy that she has chosen to partner with Expat Records to further her music career and we welcome her to the Expat family”.To listen to the track ‘Can’t Fade Me Now’ by Angelique ‘Alizay’ Bates, head to www.expat-records.com/alizayAngelique Bates pka ‘Alizay’ will be releasing her debut solo album, yet to be named on Expat Records later in 2011.For more information, please head to:www.expat-records.com/alizay www.youtube.com/angeliquebates www.facebook.com/angeliquebates www.twitter.com/angeliquebates www.myspace.com/angeliquebatesalizayExpat Records is a label and music publishing company representing artists worldwide. Expat is unique in its creation and creative use of advanced software systems and web 2.0 technologies to market and promote its artists.For more information please visit: www.Expat-Records.com http://musicians.about.com/od/recordlabelinterviews/a/Interview-With-Jeff-Libby-Of-Expat-Records.htm http://www.facebook.com/pages/Expat-Records/360325648490 http://twitter.com/ExpatRecordsExpat Records 2885 Stanford Ave 12566 Grandville MI 49418

05-22-2020 | Business, Economy, Finances, B …
Bleat PR
Edifier Announces Record Growth
Edifier, prominent designers and award-winning manufacturers of consumer audio electronics, publicizes year on year growth of over 41% with increase in headphone operating income showing growth of 91.27% Edifier? International, prominent designer and award-winning manufacturer of consumer audio electronics for both the lifestyle and multimedia markets, has announced its year on year results. Established in May 1996 in Beijing, China, Edifier was the brainchild of a small group of enterprising music
01-14-2019 | Business, Economy, Finances, B …
Wild West Crypto Show
World Record Cryptocurrency Meetup
Bitcoin Ben and the Wild West Crypto Show team up to host the Guinness Book of Worlds Record Worlds Largest Crypto Meetup at the Buggy Barn Museum in Blanco Texas April 6 2019. Kerrville, Texas, Jan 11, 2019 -- Join Bitcoin Ben, the Wild West Crypto Show and thousands of the worlds top Cryptocurrency Influencers, experts, youtube sensations, artists, radio and tv personalities and the CryptoCurious for a journey back in
09-30-2013 | Health & Medicine
Otto Bock HealthCare GmbH
World Record: 1002 Kilometres Nonstop
Manfred Putz (Ottobock Handbike Team): "Anything is possible if you just do it" Wheelchair driver and extreme athlete Manfred Putz now (since early on September 22, 2013) holds the world record: He rode a handbike 1002 kilometres since starting on Friday morning at 10 o'clock, with only two one-hour breaks to eat. To put this incredible performance into perspective, remember that a marathon of 42.195 kilometres is considered a long distance.
10-20-2011 | Business, Economy, Finances, B …
TRUMPF GmbH+Co.Kg
TRUMPF Presents Record Growth
Company’s Largest Ever Rise in Revenues – CEO demands: "We need a Quick and Sustainable Solution to the Euro Crisis." Ditzingen, October 19, 2011 – TRUMPF has posted the largest revenue rise in its entire history. During the past fiscal year (ending June 30, 2011) the Ditzingen machine-tool producer saw an increase of 51 percent, with sales rising by 683 million Euros to 2.024 billion Euros. This was announced today at
05-05-2008 | Energy & Environment
Messe München GmbH
IFAT 2008 – Record growth
IFAT 2008, the 15th International Trade Fair for Water – Sewage – Refuse – Recycling, which takes place from 5 to 9 May at the New Munich Trade Fair Centre, is setting new records. In comparison to the last IFAT, the number of exhibitors at IFAT 2008 has risen to 2,575. That’s over 350 more exhibitors, a rise of almost 16 percent on last time. The space booked has also increased,
01-03-2008 | Advertising, Media Consulting, …
eProspector
eProspector Announces Record Growth
300% revenue increase in 2007 and secured 600th customer license Atlanta, GA. (January 2, 2008) – Net Sales Solutions, Inc., a 9 year old sales and marketing solutions company, announced today that it’s flagship solution eProspector has helped the company increase revenues threefold this year and secure its 600th customer license. Overall, the company has experienced average annual growth over the past 5 years of 133%. eProspector is a unique
Comments about openPR
OpenPR ist the nicest and most clearly laid out PR platform I have seen to this day. The press releases are displayed very nicely and clearly and without any unnecessary frills. The updates are fast and the finished release looks appealing and is clearly legible. Even with 16 years of experience one discovers new things from time to time. Congratulations!
Gabriele Ketterl, Director Marketing & PR, Menads