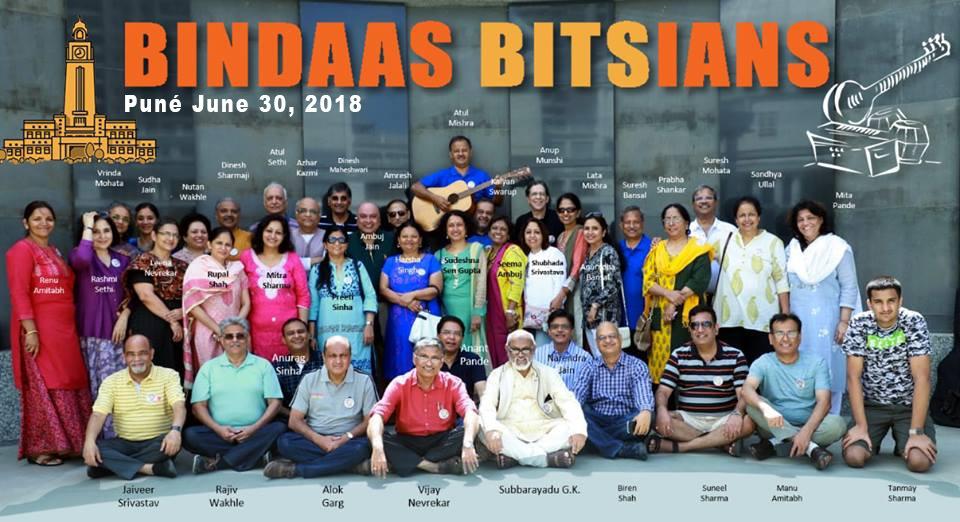 08-12-2021 | Associations & Organizations
BITSAA - BITS Pilani Alumni Association
Alumni of BITS Pilani at BITSAA Dublin Chapter Celebrate BITSian Day 2021
For the alumni of the institution of eminence Birla Institute of Technology – BITS Pilani spread across various continents, the first Friday of August every year along with the accompanying weekend is BITSian Day celebrations. Each one of them is undoubtedly a dreamer performer and achiever. With Passion Quotient for alma mater peaking, for each one of them, Pilani is just not a destination at which one arrives but rather
08-08-2021 | Associations & Organizations
BITSAA - BITS Pilani Alumni Association
BITSian Day 2021 Celebrations with Pilani Pioneers at NAAC A++ Banasthali Vidyap …
Worldwide alumni of Institution of Eminence Birla Institute of Technology and Science – BITS Pilani celebrate every year the first Friday of August and the same weekend as BITSian Day to cherish the glory of being Proud to be BITSians who are indeed dreamers, performers and achievers who know the way, go the way and show the way. It is well known that Banasthali Vidyapith established in 1935 stands not
08-12-2020 | Arts & Culture
Pilani Chronicle
BITSAA Chennai Rocks BITSian Day Celebrations with Unforgettable Music Nite
Proud to be BITSians who are alumni of Institution of Eminence in India today BITS Pilani firmly believe that music can bond irrespective of who you are, what you are and where you are. It’s a source of entertainment as well as platform to put across past, present but also future messages. Music is undoubtedly a factor that binds the world together irrespective of the cultural diversities and is the
09-19-2016 | Science & Education
BITSAA - BITS Pilani Alumni Association
BITSync 2016 The first pan-American BITSian Conference indeed a Stellar Constell …
BITS Pilani Alumni Association Silicon Valley Chapter BITSAA SV brought together a whole range of dreamers performers and achievers around the world to discuss Industry trends, Entrepreneurship, building Indo American companies and much more. Every BITSian in Silicon Valley takes pride in acknowledging the fact that a successful entrepreneur needs to acquire Information Skills, Problem Solving Skills, Decision Making Skills, Communication Skills apart from Ability for Time, Stress as well as
11-30-2009 | Leisure, Entertainment, Miscel …
BITS Pilani Rajasthan
Coveted Kalaimamani Award goes to Proud to be BITSian Anu Hassan
This award is given to artists who have rendered valuable service in the field of performing arts. Anu who holds coveted dual degree MSc (Hons) and MMS from Birla Institute of Technologya nd Science - BITS Pilani is a Multi Talented Entrepreneur, Film Actress, Model, Jazz Singer, Martial Arts Bungee Jumper, Scuba Diver, TV Star and TV Anchor well known for “Koffee with Anu” show. Organized by the Tamil Nadu Iyal Isai
02-11-2009 | Science & Education
BITS Pilani Rajasthan
Lecture by Proud to be BITSian Dilip Gandhi at BITS Pilani
Members of every major religion undertake pilgrimages and for the alumni of BITS Pilani which is one among the top ranking universities in India today visiting their alma mater years after their graduation, is indeed a pilgrimage and a mission with passion. Mr. Dilip Gandhi based at Nagpur, Maharashtra has been a part of the polymer industry since past 25 years. He is the Managing Director of Suresh Polymers Pvt. Ltd.
Comments about openPR
I can't but agree to the positive statements about your portal: easy to use, clear layout, very good search function, and quick editing!
Jens O'Brien, Borgmeier Media Communication