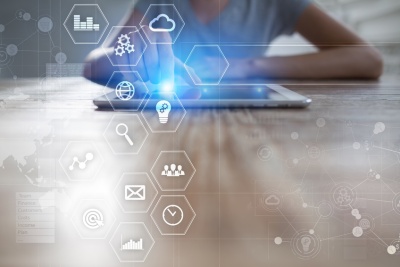 Software describes computer programs, web apps and mobile applications that are written in code in order to provide some kind of experience for an end user, or some kind of tool that can be used in a business setting.

Let’s take a look at the current state of this industry and how it has been changing in recent years.

The software market covers all computer programs, websites, apps and operating system. Hardware for the most part is useless without software and today it is not just computers and smart devices that have software on board. Even cars have a lot of software on board these days, which has risen some questions regarding an owner’s rights to modify or repair their vehicles; it is thought that this could be a form of copyright violation!

As our use of technology has been growing exponentially over the past several years, it should perhaps come as no surprise that the software market has also grown. Any smart device that you use will rely on an operating system, as well as many more services and apps in order to provide functionality. Those companies and individuals that are capable of delivering those services via programming skill are currently highly in demand and will likely continue to be for the coming years.

Before a device reaches stores, it will first need to have some basic software installed on it. This includes the firmware, which handles how the hardware functions on a basic level, but it also includes the operating system (OS) which includes the likes of Android, Windows, iOS AND OSX. It is this software that then goes on to determine how other programs must be written and which programming languages must be used.

The most ‘in-demand’ programming languages among employers is reportedly Java. This may be due to Java’s use in creating Android applications, with Android being the most prominent operating system in the world. Android is used on the vast majority of smartphones and is also found on smart TVs, tablets, apps and more.

Behind Java is Python, which is used for creating web apps and which is known for being a particularly elegant and easy-to-understand programming language.

But what’s more interesting is the software that is being used in other forms of technology. For instance, the drone software market is expected to be worth 12.33 billion dollars by 2022. This

On the commercial side, software makes money through a variety of avenues. B2B software such as Microsoft Office from Microsoft is highly successful and continues to make a lot of money. Other professional tools like Photoshop, Illustrator and Final Cut also have their niche among creatives and professionals.

openPR-Tip: For the average consumer however, software is likely not a big outgoing. SAS (software as a service) is popular with the likes of Spotify and Netflix. Here, the software is just one part of an overall service. The users here are paying for the video and the software is simply the delivery method.

Companies can also make money from software by selling services to other businesses (apps for pizzerias for instance) or by providing free software with advertising. The latter is how a lot of money on the web is generated.

The future holds some potentially interesting changes for the software market. In particular, big data and artificial intelligence are likely to be large movers in the next few years. In fact, Vladimir Putin recently claimed that whichever country became the leader in AI would end up leading the world.

Big data and AI are related subjects. Big data is the kind of data set that is too large for conventional manipulation and analysis. This is the kind of data that requires a lot of computer power to handle, which in turn gives rise to a whole new software industry.

This type of data exists in part thanks to the internet. Never before have we had the ability to record such huge amounts of information, to track shopping behaviors, interests, hobbies, demographics and more. This information has huge value to a number of businesses, which is where the software engineers step in.

But this kind of data also allows for intelligent predictions that provide the bedrock of many artificial intelligence applications. Those music recommendations on Spotify for instance are the result of complex algorithms based on observations based on thousands of other users, as well as your own behavior.

Likewise, voice recognition software used in applications like Alexa or Google Assistant rely on huge amounts of audio clips in order to recognize and differentiate between different words, regardless of accent or speaking style.

Even more impressive is the way that big data allows for computers to look for patterns in images, eventually leading to computer vision. This is what allows Facebook to identify faces in photographs but again the applications are even more impressive than that. This is also how self-driving cars operate and how augmented reality tools are able to deduce your position in space so that they can overlay digital 3D models.

Going forward, this could lead to huge possibilities making the software market one of the most important to watch.

And finally, with cyber security being such a big issue right now, it is very likely that security software will only continue to grow in complexity and in demand. It is expected that the encryption software market alone will be worth 8.94 billion USD by 2021.

The software market is growing rapidly and has seemingly no limit in terms of what it could eventually grow to become.

Neural Network Software Market Global Outlook 2027
In the world of information technology, a neural network is a system which is a combination of hardware and software modeled after the operation similar to neurons in the human brain. It is a type of artificial intelligence which mimics the understanding and analyzing the process of the human brain to
E-Clinical Solution Software Market | Global Industry Analysis 2020
Transparency Market Research (TMR) has recently published a market study on the global E-clinical solution software market, estimating the market to expand at a CAGR of 13.80% during the period from 2014 to 2020 and reach a market value of US$6.8 bn by the end of the forecast period.The research
Metrology Software Market Global Industry Analysis and Forecast Till 2020
Metrology is a field of science which involves study of all practical and theoretical aspects of measurements. With the rising sophistication and growing demand for metrology services from different industries, automation has become key criteria to achieve desired levels of efficiency and accuracy. Thus, software solutions used for achieving automation
Product Data Management Software Market Global Briefing 2018 to 2025
Global Product Data Management Software Market Report 2018 Presents associate degree in-depth assessment of the Product Data Management Software and as well as enabling technologies, key trends, market drivers, challenges, standardization, restrictive landscape, readying models, operator case studies, opportunities, future roadmap, worth chain, scheme player profiles and techniques. The report
Orthopedic Software Market Global Opportunity, Status And Outlook 2018 - 2025
The Orthopedic Software Market size, industry status and forecast, competition landscape and growth opportunity. This research report categorizes the global Orthopedic Software market by companies, region, type and end-use industry. Request for sample@ https://www.researchtrades.com/request-sample/1645796 Orthopedic surgery or orthopedics, is the branch of surgeryconcerned with conditions involving the musculoskeletal system. Orthopedic surgeons use
© 2004 - 2022 openPR. All rights reserved. FAQ | Imprint | Privacy Policy | Terms & Conditions | Cookie Settings