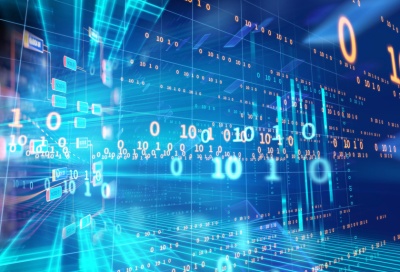 Programmatic advertising and supply-side platforms are often the domain of larger companies and media channels. This is how a site like the BBC maximizes its revenue from advertisers. But even if you’re a smaller blogger or website owner, you can still make use of this method in order to earn more cash from your ads. Learn more about Smart AdServer Open Source to find out how.

Across the web, ad networks such as AdMob and AdSense have grown to become among the most popular methods of generating income through digital content. And this has led to mobile SSP: supply-side platform. This basically allows publishers to sell mobile or web ad inventories, in other words to sell the space and to have ad platforms then bid for it. This is programmatic advertising and it is the best way for many websites and apps to make their money.

So normally, a website owner might create their website and then place ‘AdSense units’ on the page, or they might place code from another advertising platform. Either way, this will then allow ads to be ‘served up’, on the basis of whichever advertiser is willing to pay the most money for the slot. In this sense, it works in a bidding manner: when an appropriate placement is available, the highest paying advertiser will win the position and their CPC (cost per click) will be whatever was necessary to beat the maximum bid of the previous user. The website owner or app owner chooses one advertising platform and the bids are from ads on that platform.

openPR-Tip: However, publishers don’t get the full amount here but rather get a ‘cut’ of what’s left over after the ad network takes its share. But with their own SSP, the website or the app has the networks themselves bid for the space. Smart AdServer is one such option to achieve this and its open-source nature and simple method means that anyone can implement it free of charge with relative ease.

The vast majority of bloggers and webmasters who make a living from running a website of some sort will make their cash through AdSense. If you're a webmaster reading this right now, then chances are that you are in that boat yourself and have probably been using the ads network to generate cash since you first launched.

But the odd thing about that, is that AdSense is actually far from being the best method of monetisation for a website. In fact, AdSense is actually one of the very worst because it forces visitors away from your site and gives you only a tiny cut of the money that gets made. There are plenty of better ways to make much more money per-visitor, but bloggers tend to avoid them because they either think they're too complicated, or are nervous to switch from what they know.

The same goes for app developers who would often rather stick with AdMob or another mobile ad network, rather than try another form of monetization. The reality is that both groups are leaving large amounts of money on the table.

Using an SSP will solve this to some degree by ensuring you get the very most from your ads. But there are many better options too.