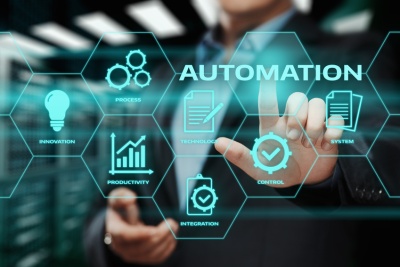 No matter how much technology advances, there is likely one Concept in business that will remain consistent. People will still buy things and other people will be there to sell it to them. But many businesses are incorporating a great deal of modern technology into their sales operations by using sales force automation, the process of automating various aspects of sales to make the team more effective.

Sales force automation software, or SFA software, is a technique used in business wheree extremely specialized software is used to automate some of the tasks that used to be done by humans. In many ways, SFA software is very similar to CRM software, which stands for customer relations management.

In both cases, computer software is keeping track of client information so that future sales can go more smoothly. But SFA is a little more specialized, and it's actually designed specifically for the process of direct sales to companies. CRM software does not always automate sales tasks, but that is the only difference between the two.

The Types of Things That Sales Force Automation Software Does

Each sales force automation software application is a little bit different, but they all do the same basic things. Some of the things the SFA software does includes the processing of orders, managing client contact information, sharing of information among sales personnel and support staff, inventory monitoring, control and reordering, tracking of orders, future sales projections and employee evaluations.

The Market Divided by Regions and Countries

Retail comes in as a close second, followed by the telecommunications industry, the food and beverage industry and various others.

In 2016, the global sales force automation software Market was estimated to have a total value of $3.87 billion dollars. This was in 2016 and experts estimate that it will reach $7.77 billion dollars by the year 2023. That is a compounded annual growth rate of 10.6% in just six years. Because sales force automation software enables companies to do so much, the revenue that is brought in because of the software makes just about any investment worth it.

openPR-Tip: Because businesses demand streamlined sales processes and a much more effective workforce, both developed and developing regions across North America, the Asia-Pacific region and Europe will be demanding sales force automation software.

Right now, the United States and Canada are the leaders in sales force automation software. When it comes to countries, it is the United States that leads the market. However, Europe is close behind the continent of North America. But the Asia-Pacific region is being predicted as having the highest CAGR of any other region during the years of 2016 to 2023.

This is due to the sheer number of small and medium startups and the growth of internet properties such as personal blogs and company blogs, social media profiles and other online portals. China, India and Japan are all poised to make a significant impact on the global sales automation software market in the coming years. In addition, Africa and the Middle East are expected to enter the market in a big way, because of how much they are investing in the infrastructure of internet technology. However, in those areas, the lack of skilled professionals and knowledge using the software may restrict some of those regions from gaining as much traction as they could.

There are a lot of segments that you can divide the SFA Market into, and further categories within each of those segments. Some of the general examples include geography, industry, type of deployment and the application itself. Let's go over each one in a little more detail.

When it comes to application basis, the categories that you can and expect to see include forecasting and future sales, management and opportunities among others.

As for the type of deployment, there are only two, which we previously discussed: On-site deployment and cloud-based applications.

As far as the industries that are involved, you can divide them into six basic categories: the banking, financial services and insurance industry, the retail industry, healthcare, the food and beverage industry, telecommunications and then all of the others.

When it comes to geography, there are four regions that are active in this industry right now. North America is the first one including the United States, Canada and Mexico. Europe is also quite active, particularly in the United Kingdom, Germany, Italy and France. In the Asia-Pacific region it is mostly China, India and Japan, although South Korea is becoming a player. The last region includes Latin America, Africa and the Middle East.