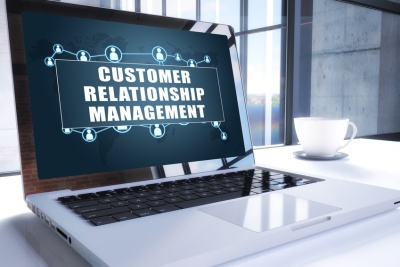 In today’s world, it is not at all uncommon to have experiences tailored to a single individual. When you see a banner ad on a website, they may call you by your first name. But mass customization takes that individual experience to the next level.

We’ll take a look at the phenomenon of mass customization in this article, including why it exists, how it is used, and how it can benefit your business or marketing efforts.

Mass customization can be summed up in six words – the future of products and services. That’s because there is no doubt that technology is progressing to the point where that is not just a possibility but is likely to become the standard way to purchase in the coming decades. But what exactly is mass customization? It is a term that refers to the ability to customize a product or service to any customer – in fact, to every customer. It means that the manufacturer creates the ability to both meet the unique needs of every single customer who wants to purchase their product, while still being able to mass produce the product, and charge about the same for it.

This might seem like it is impossible, but there are manufacturers today that are doing just that. That’s because technology has advanced to the point where it is not only possible with many products – it is positively easy.

In order to demonstrate how this might work, let’s use a jigsaw puzzle as an example. In the past, jigsaw puzzle manufacturers would use a stock photo as their puzzle cover, and then mass-produce it and sell it. You could get a customized puzzle with your own choice of photo on it – even your own photo if you wanted – but you had to special order it from one of just a handful of suppliers that did that sort of thing – and it was prohibitively expensive.

But with mass customization, the manufacturer would have the technology to mass-produce the jigsaw puzzles with any picture that someone wanted for about what it would have cost to use the same picture on all of the puzzles. This is where the future of manufacturing is going. There is a marked trend towards customizing products for consumers, and eventually, the majority of the products out there will be available completely customized.

openPR-Tip: In case you were wondering, this isn’t just a hypothetical example. The technology exists to create custom jigsaw puzzles for about the same price you’d pay for one if you purchased it at Walmart. There may be a markup of a couple of dollars now, but even that will disappear eventually.

This method of manufacturing can be seen clearly through another technology called print-on-demand or POD. Book publishers like CreateSpace can now print a single copy of a book when the customer orders it from the author website, without charging any more for the book than a bookstore would. It costs about the same whether you print a single book or you order 500. Another term for mass customization is ‘made-to-order’ or ‘built-to-order.’

The Technology behind Mass Customization

The reason that mass customization works is due to the computer technology behind it. Software programs are now integrated into most manufacturing setups, and when you combine computer software with mass production, you get customization. Obviously, not everything can be customized – at least not yet – but with many products there are certain things that can be. This is done by setting up the manufacturing completely differently than it was set up in the past. Manufacturing companies create modular facilities that can create several – or possibly dozens – of different items, due to the instant interchangeability of certain features.

This means that customers can add on features, subtract certain things that they don’t need, change colors, choose from a base package all the way up to something with all of the bells and whistles that you could possibly need. The computer software controls the modular-based manufacturing facilities with templates, which allow the consumer a great deal of freedom – and all without having to spend very much extra money (and sometimes none).

In addition to normal mass customization, there is a related technology that is still in its infancy. It is known as collaborative mass customization and it brings together two or more companies, all with mass customization manufacturing capabilities, to create a unique combination of several products, all wrapped into a single package. This exciting new technology is very limited at the moment, but in the future, that is going to change. Let’s look at what we might expect to see in 30, 50 or even 100 years from now.

The Future of Mass Customization

Imagine that you’re still around 50 years from now and you want to buy a new car. You might be able to go onto a website and choose the model of the car that you want from two or three dozen options from a particular electric car manufacturer. You choose the interior and exterior colors, the location of the gauges, the size of the battery, the tires, the HVAC system and the location where you’d like the vehicle delivered.

But that’s just the beginning. Since the car manufacturer also partners with the DMV and the car insurance companies, you can choose your own license plate and the type of insurance you want. Plus, the car company also has contracts with electronics companies, interior furnishing stores, automatic pilot services and the tech startup that invented flying vehicles, which means that you can choose to add on auto-pilot and any features that come with it, vertical takeoff capabilities and flight, interior chairs and couches, as well as computers, stereos, holographic televisions and wireless cable TV & internet services that will all come with your car when you go to pick it up.

The bottom line is that mass customization is just the beginning. There are some exciting things on the horizon in the coming decades and it all starts with being able to put a picture of your dog on your next jigsaw puzzle.