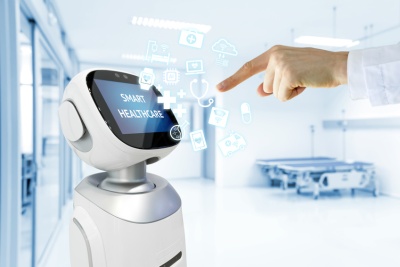 The Global Surgical Robotics Market is expected to be worth more than $14.7 billion US dollars by the year 2024, up from the $5.2 billion US dollar value in 2016. This projection is a compound annual growth rate of approximately 13.7 percent during the forecasted time period. Major factors that are expected to fuel the growth of this market include the increase in chronic diseases, as well as the heightened demand for minimally invasive surgeries.

Robotic surgery, also known as robot-assisted surgery, makes it possible for surgeons to perform a variety of complex procedures with greater precision, increased flexibility, and better control than they can with more conventional techniques. Robotic surgeries allow for minimally invasive surgeries, or procedures that are execute via small incisions. It can also be used in some traditional open surgical procedures.

There are several factors that are expected to drive the growth of the global surgical robots market. Some of the key factors that will surge augmentation include:

While the surgical robots market is expected to experience a significant increase in size and value over the projected time period, there are some factors that could potentially prevent this market from advancing to its fullest potential. Elements that may pose as challenges for the global surgical robots market include a shortage of trained surgeons, which can be costly and time consuming. Moreover, the high initial cost of these surgical robots, the potential for error, issues regarding latency, and the lack of ability to change the course of a procedure in the event that complications arise.

Growth of the Global Surgical Robots Market by Region

The global surgical robot market is segmented by region. The growth of this market is largely attributed to the increased growth in emerging countries in Asia Pacific, the Middle East and Africa, including China and India. A rise in investments in regard to the research and development of surgical robots, coupled with the increasing availability of healthcare and the growing per capita income are all elements that are expected to fuel the growth of the global surgical robots market in these regions.

The industry is also expected to experience growth in developed regions, including North America and Europe. The increased application of surgical robots, heightened patient desire for minimally invasive procedures, and the growing prevalence of chronic and degenerative conditions in these locations are all factors that will expand the size of this market in North America and Europe during the projected time period.

China is expected to dominate the market in the coming years, as it will likely experience the highest compound annual growth rate. The United States, Germany, Japan and South Korea are all countries that are considered critical markets for surgical robots. These countries are projected to account for an estimated 70 percent of the sales of this market.

Surgical robots are being used in a variety of applications in the healthcare industry. Robotic surgery is primarily used in the following applications:

The general surgery segment is expected to contribute the most to the global surgical robotics market during the forecasted time period. However, it is also believed that gynecological surgeries and cardiothoracic surgeries will experience significant growth in the coming years.

The global surgical robotics market is highly competitive. The competition in this market is largely the result of extensive research and development for the creation of more advanced tools and the investments made by key players in order to gain a competitive edge.

The global surgical robotics market is expected to see a significant increase in the amount of manufacturers. Collaborations and mergers will occur over the next few years, which will make the competitive landscape of this market quite interesting. These collaborations and mergers will also allow for the development of more accurate and more cost effective systems during the forecasted time period, which will help to surge the growth of the market.

With the projection of a significant compound annual growth rate, the increased desire for minimally invasive surgeries among consumers, the benefits that surgical robotic surgeries offer, the growth of emerging economies and the large investments made by key players, this market will be quite promising in the coming years.

Parties that are interested in investing in this market will likely experience a positive return. As the need for surgical robotics is rising, so is the market, which leads to a highly positive outlook.