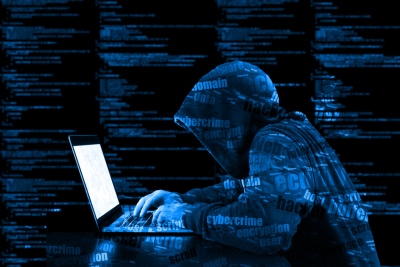 You have probably heard the term Dark Web before. But most people don't really understand what it means. The truth is, the section of the internet where most people live barely scratches the surface of what is actually there. You could easily get lost in all that the internet has to offer it as long as you have the tools to get there. We will explore the Dark Web in this article.

The first thing that you need to understand is that there are three different sections or levels of the internet. The first is the traditional internet which includes this, and any other website that are easy to find. The demarcation line is usually whether a website is accessible by going to a search engine and typing in keywords. Most websites that you want to be indexed by some kind of search engine because otherwise no one would ever be able to find them. However, you have to understand that there is a difference between the term search engine as it is used here and the search engines that are used in the other levels of the web. So, for clarification, the regular web is composed of websites that you can get to using a conventional search engine such as Google, Yahoo or Bing.

The second level of the web is called the Deep Web. The Deep Web is difficult to find because you can't go to Google and type in a keyword and have a website on the Deep Web pop up. However, that doesn't necessarily mean that you aren't going to be able to find websites that are located in the Deep Web. It just means that it will be more difficult to find them. For example, a website may not be listed in the search engine index but it could be linked to from another site that is. So you could go to a site that you found through Google and easily click on the link that would take you to a deep web URL that you wouldn’t be able to find normally.

Another section of the Deep Web is information that you would find within websites. This information may not be listed in the search engines because it could be in a format that isn't supported or the site operator simply did not want the information indexed. But that doesn't mean that they are making it intentionally difficult to access. For example, some government websites index court records. These court records may not show up on a search engine, but if you were able to go to the website and search within it you would be able to find the records that you need.

The third level of the web is called the Dark Web. The Dark Web is going to be a lot harder to access than anything in the Deep Web because it is only accessible through an encrypted access portal. The Dark Web consists of pages that have intentionally been hidden and cannot be accessed by a standard web browser. There are number of networks that make up the Dark Web and most of them are only known to a very specific group of people. One of the better-known portals to the Dark Web is called the Tor Network. Even though everyone knows about the Tor Network and anyone could login and access websites that are located there, you can find everything from Kickstarter-style assassination websites to marketplaces for drugs and everything in between. You can imagine what might be located in the sections of the Dark Web that most people don't even know exists. It is called the Dark Web for a reason.

There Is Light at the End of the Tunnel

However, the Dark Web doesn't have to be about financing presidential assassinations and buying heroin. There are lots of legitimate websites that are located on the Tor Network or within other parts of the Dark Web. Some people just don't want the government or internet service providers to monitor where they go online. They may not even be doing anything wrong. For example, some people just don't want targeted advertising shown to them. They find it annoying and so they use the Tor Network to browse websites so that no one knows who they are.

A few years ago, government officials closed in on one of the most pervasive and well-known markets on the Dark Web. The marketplace Silk Road mostly sold drugs, but you could find other things on there As well. Guns, drug paraphernalia and counterfeit money were just a few of those things. The website was ran by a man named Ross Ulbricht, who is now serving 5 life sentences concurrently. He will never be paroled. Part of the reason his sentence was so harsh was due to the overdose deaths that happened due to a product sold on Silk Road and the fact that he purportedly tried to hire assassins to protect his buyers. He made nearly $14 million dollars by taking a percentage of each sale conducted there. The Silk Road was one of the first Dark Web sites to come to light but it is only the tip of the iceberg. There are thousands of Dark Web sites, many that offer the same merchandise that you could buy on Silk Road.

How Transactions Are Conducted

One of the things that makes the Dark Web work it's how transactions are conducted and it is also one of the reasons that authorities are looking so closely at Dark Web sites and transactions that are being done on them; most of the transactions conducted on the Dark Web or done with Bitcoin. Bitcoin is an untraceable currency that works peer-to-peer. In other words, when you want to pay someone you simply pay them without having to go through a bank or another financial institution, or a website like PayPal.

The problem is, Bitcoin transactions are difficult to trace even in their native state; but there are services on the Dark Web that make it even more difficult (and in many cases impossible) for authorities to track down. These Bitcoin laundering services ensure that transactions that you make that might give you away in the ledger record are muddled up and impossible to track from one person to another.

Examples of Positive Uses for the Dark Web

One of the ways that the Dark Web can be used for good is by ensuring anonymous communication. For example, suppose that a journalist wants to meet with someone who is a whistleblower for a secret government organization. With so many communication channels in the United States being monitored, it can be difficult for these whistleblowers to communicate with media personnel unless they are in the same room, and even that may not be completely anonymous.

But a much safer method for communicating is through the dark net through a series of anonymization protocols, hidden IP addresses and encrypted text.

In addition, people that are in totalitarian societies that have no communication with the outside world without the government knowing about it and are at risk for imprisonment or execution if found can use the Dark Web to ensure that their identities are not revealed. In many cases, these people are simply trying to communicate with the family members.

The bottom line is that the Dark Web is just another place on the internet. But this place is designed so that it cannot be accessed by government officials. If all governments were completely honest and had the best interests of their people at heart, it might be viewed as a place that needs to be shut down. But there are some pretty legitimate reasons for good people to be using the Dark Web.

Unfortunately, most of the Dark Web is made up of sites dedicated to illegal activities. The biggest market on the Dark Web is actually child pornography. Pedophiles will share videos and images on sites dedicated to this type of activity, but the good news is, this is also the number one type of site that is targeted by police, and many of these sites have been shut down quickly.

Some people simply do not want other people to know what they are searching for. They may use the Tor Network or other Dark Web services in order to browse completely legitimate websites so that the advertisers and internet service providers do not have access to their personal information. The Dark Web can certainly be a dark place, but it can also be a place where positive things happen and where privacy is maintained.