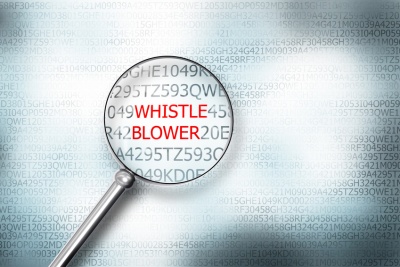 The whistleblower is a person that can be found in most of the companies out there. Not every employee is going to be happy with everything that happens within their company, and there is the potential for misunderstanding or personal bias as well. Knowing how to deal with whistleblowers is something that every company needs to prepare for. In this article, we’ll go over the definition of a whistleblower and some tips for dealing with them.

What is a Whistleblower?

You have probably heard the term whistleblower before. After all, it has been used in the media quite often in the past few years. The whistleblower is someone within a company that reports to someone else things that they think are wrong, against company policy or just plain illegal. A whistleblower may be as simple as someone reporting another employee for stealing office supplies, but it usually refers to much bigger issues, particularly those that are done – or seem to be done – with the blessing of management. Whistleblowing using involves fraud, public safety, illegal activities, abuse of power or mismanagement.

Whistleblowers are actually protected by legislation. Companies are supposed to have channels where someone can report things that they think are illegal or a public safety risk. Plus, whistleblowers are not supposed to be retaliated against, which means that they cannot be fired for whistleblowing, even if the company suffers as a result of the information. However, legislation differs depending upon which industry you are discussing. For example, whistleblowers that work for the government are usually protected by what is called the Whistleblower Protection Enhancement Act. There is other specific legislation and other governing bodies depending upon the industry.

One of the most famous examples of a whistleblower is the person known as “Deep Throat,” who was actually the FBI Associate Director F. Mark Felt. He reported to the Washington Post about Richard Nixon’s role in the break-in at the Watergate Hotel in the 1970’s. Another famous example is Daniel Ellsberg who leaked The Pentagon Papers to the New York Times. Finally, one of the more recent examples includes Edward Snowden, who was an NSA contractor who leaked information about how powerful the government was when it came to information on its citizens.

More importantly than what motivates a particular whistleblower is what companies can do to prevent them from coming forward in the first place. The main two things that companies can do is ensure complete transparency for each employee whenever possible, and to make sure that potential whistleblowers have trust in their direct supervisors and the executive management of the company. This means that they will think twice before considering the worst possible outcome when they see something that might be construed as suspicious. In addition, they might first come to their manager or supervisor and try to find out what is going on before going public.

Let’s take a look at some of the expert tips that have to do with dealing with whistleblowers. These are aimed at companies and PR representatives that want to know what to do to stop whistleblowers in the first place, and how to proceed if a whistleblower does come forward. Let’s get started.

A whistleblower is a person that reports on a company or organization usually to an outside party. These whistleblowers may be protected by laws put in place for them, which means that companies may not be able to take any retaliatory actions against them. It is impossible to tell what motivates a whistleblower, but many of them are just trying to do the right thing. If you own a company then you should encourage whistleblowers to come forward, as well as put into place policies that protect them and give them a system for reporting things like major rule violations, sexual harassment, abuse, company policies that affect public health and much more. This allow them to stay within your company and allows you to deal with the problem.