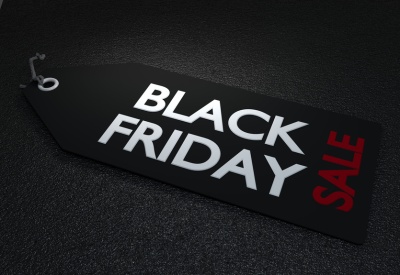 Black Friday is day that is renowned for its low deals and amazing offers. This is an opportunity for shoppers to find deals on a vast range of products and potentially to save a lot of money in the build up to Christmas. However, it is also a day that represents significant marketing opportunities for stores and websites that want to shift more stock and make more profit.

Black Friday is an informal name for a day of shopping and sales, which is not an official holiday but which is nevertheless recognized across the US and much of the rest of the world as well. Black Friday always falls on the day after Thanksgiving and California and some other states will recognize ‘The Day After Thanksgiving’ as another federal holiday, similar to Columbus Day. Non retail employees and schools will often have the Friday following Thanksgiving off, along with the following weekend of course, making this a four day weekend.

Where Did Black Friday Come From?

This is one of the reasons that Black Friday emerged as a day for discounts and shopping. A four day weekend presents more opportunity for shoppers to shop and to look for deals. Another idea is that following Thanksgiving, shoppers might have more money available in terms of gifts and the likes and that this would allow them more freedom to purchase things they might want.

Another possible reason that Black Friday takes place on the day it does, is that it is one of the last Fridays before Christmas: in fact the last Friday in November. This might be the last opportunity for many people to buy items and especially those that involve a longer delivery time.

Despite incorrect news reports to the contrary, it has only been the busiest shopping day since 2005. However, the name Black Friday actually does have its roots stretching back quite far.

The earliest evidence of Black Friday being used as a term can be traced to Philadelphia, where it was once used to describe the heavy and disruptive traffic that occurred every day after Thanksgiving. The use of this name actually dates back to at least 1961, which was over 20 years before the term became much more widespread.

But why the name black? Well, one explanation is that this date was the breakeven for many small businesses each year. A breakeven is the point at which any business starts to turn profit. So, if you have invested a certain amount of money into your premises, your marketing, your initial stock etc. etc., then you might not actually be making profit at first, but rather just earning back the amount you spent, paying of loans etc. Gradually though, you should then start to find yourself returning to profit and it’s this point at which you have ‘broken even’. Or to put it another way, you have gone out of the ‘red’ and into the ‘black’.

During the 80s however, the concept caught on more and more and marketers began to recognize the potential value of having one big day of sales. For many years, retailers would actually open their doors at 6am on black Friday and by the late 2000s, this had changed to 5am and even 4am in many cases! In 2011 this was taken to its logical extreme, with several retailers opening at midnight on that day.

In 2012, Walmart and several other stores opened their doors at 8pm on Thanksgiving Day, which almost led to a walkout among several workers. The states Rhode Island, Maine and Massachusetts actually ended up prohibiting this practice among supermarkets, big box stores and other larger retailers. Critics refer to these rules as ‘blue laws’.

While many people enjoy Black Friday as a chance to get discounts and while many businesses benefit greatly from the concept, the day is not without its controversies. Often the extremely low prices will drive people into something of a frenzy and multiple incidents of violence have been reported as patrons fight over items that are low in stock and high in demand.

The Future of Black Friday

In 2014, the amount spent on Black Friday fell for the very first time since the 2008 recession. During that weekend, $50.9 billion was spent in the US, which was down 11% from the previous year. This may have seemed unusual, seeing as the US was not at that time in recession.

In general, Black Friday has been experiencing something of a downward slump. In 2015 and 2016, the phenomenon moved over seas to the UK where it was experienced in its fullest for the first time. This opened up a lot more potential for global earnings and was very good news for ecommerce businesses based in the US too. But since then, in the US and even in the UK where the concept is relatively new, the enthusiasm for Black Friday has been in decline. There are a few possible reasons for this.

One is what is known as ‘Christmas Creep’, which describes the recent trend for Christmas to be celebrated earlier and earlier. These days, many stores will display Christmas decorations as early as November and many shops start selling cards and mince pies in October. This diminishes the importance of other holidays and it also leads to something akin to desensitization for holidays in general. Many people find the whole notion to have become too cynical and commercial.

Another issue is the introduction of

Cyber Monday is a similar idea but is held on the following Monday and is predominantly for online products and for tech deals. This likewise has the effect of ‘diluting’ Black Friday and turning it into an entire weekend of sales – thereby removing some of the urgency and excitement. Throw in January sales and sales on Boxing Day and there are now too many opportunities to save money.

But what do Black Friday and Cyber Monday mean for you? Well, if you’re an internet marketer, then arguably the biggest impact will be on ecommerce sales. This is why it’s so important to ensure that your site is ready.

If you run an ecommerce website and make your money by selling things online then it’s highly important to think about how you are going to encourage the maximum number of sales from your site on this day. That of course means introducing sales and discounts – but you also need to ensure that you think logically about the layout and how to maximize the psychological impact of your site design.

This is something very similar to how manages think about the layout of their stores in order to try and encourage the maximum number of sales and it can make a huge amount of difference to the number of purchases when you consider factors like positions, colors and working. It’s a highly psychological process when someone buys something, and you need to think about how you can affect that psychology through smart placement of items and through clever use of ecommerce website design.

openPR-Tip: One thing you should ensure you communicate when you get your online store design, is that the store doesn’t look too cluttered or busy. The reason that this is so important, is that if you don’t keep it clear and relatively plain, you won’t be able to attract attention to particular areas of the site. For instance, if your site is mostly white with black text, a large red banner will make a huge difference to your site.

At the same time, you should carefully consider which of your items you want to list next to each other. Something you can take advantage of here is the power of ‘contrast’. Essentially this dictates that you can make something cheap look of course even cheaper, by placing it next to something expensive. This way you can encourage a thought process that goes ‘I’ll be good and save money by not paying for the expensive item – but I’ll treat myself to the cheap one’ whereas actually they’re still spending more money than they would have been otherwise.

A similar strategy is to try and ensure that there is a sense of urgency on your site which will help to encourage people to make quick decisions. One of the big aims of ecommerce website design is to get the visitors to buy fast before they have time to change their mind. As such you should look into creating this urgency by adding ‘special offers’ that will only last a certain amount of time and by claiming you have a limited quantity, so that if they think they might want it, they will make the decision to buy much more quickly rather than waiting until It is perhaps too late. This is precisely what you will be doing by taking part in Cyber Monday or Black Friday – but you also need to ensure that you make it clear that these are temporary discounts. Some stores go as far as to introduce their best deals only for an hour or even half an hour and to promote them heavily prior to that time.

This is down to you, rather than your ecommerce website design, but it is then up to them to do their job by making sure that it is easy for your visitors to act on this impulse by making it very simple and easy for them to check out. Amazon of course has this down to a tee with their ‘one click to buy’ option, and good ecommerce web design should try to accomplish something similarly easy and intuitive to remove any barriers to purchasing.

GECigarette’s Black Friday Sale
Birmingham, United Kingdom (28th November 2014) – Genesis Electronic Cigarettes is having one of their biggest Black Friday sales this year in 2014. Genesis electronic cigarette is having a massive Black Friday sale this year by further reducing the price of their 20ml E-liquids to £3.99. This week long offer should
Black Friday at NFOUTLET
Nationwide Furniture Outlet (https://www.nfoutlet.com/) launches Big Black Friday Sale that will allow you to save on the purchase of furniture for your home or office. With us, you can buy furniture at a discount online and free white glove delivery to any city of contiguous 48 United States. At Black Friday,
PrePayMania.co.uk Launches Its Black Friday Mobile Deals
Leading online mobile phones and accessories retailer in UK, PrePayMania.co.uk, has already established its base. This festival season, they are about to impress you with their range of Black Friday mobile deals and Black Friday discount. Indeed, for those of you who have been wanting to buy interesting mobile phones,
Households Prone to Black Friday Plumbing Problems
SAPULPA, OK – OCTOBER 24, 2018 – Black Friday’s not only a huge day for retailers. It’s the busiest day of the year for plumbers as well. Wooten Plumbing and other plumbers across the nation expect to be busier than usual the day after Thanksgiving. In fact, some residential plumbers report
Mastering Black Friday with Mobile Data Collection
Mobile computers from DENSO offer decisive advantages in order to meet the high demand at the annual shopping event: www.denso-wave.eu. Düsseldorf. This year, Black Friday will be on November 27, 2020. Originally from the USA – Black Friday is traditionally the Friday after Thanksgiving – Black Friday is a retail shopping
© 2004 - 2022 openPR. All rights reserved. FAQ | Imprint | Privacy Policy | Terms & Conditions | Cookie Settings