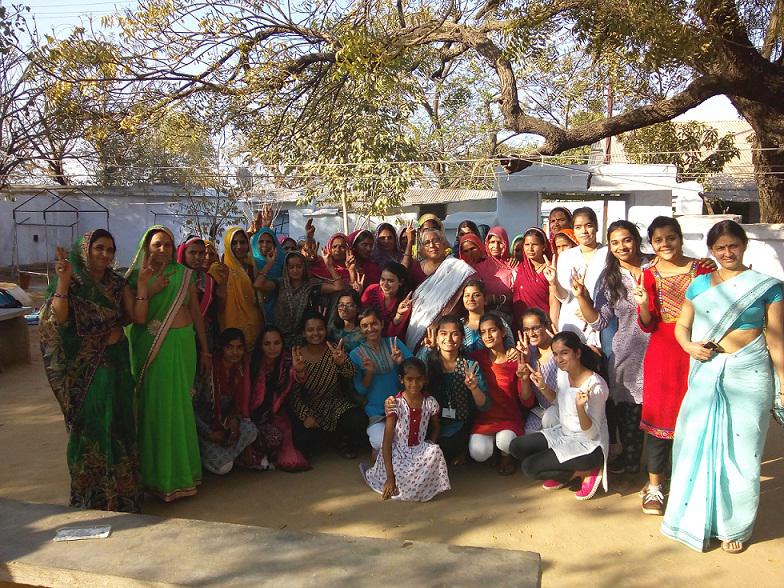 The United Nations Theme for this year IWD is “The Time is Now: Rural and urban activists transforming women’s lives” and the message from Secretary-General, Antonio Guterres is “Achieving gender equality and empowering women and girls is the unfinished business of our time, and the greatest human rights challenge in our world."

International Women’s Day 2018 is an opportunity to transform this momentum into action, to empower women in all settings, rural and urban, and celebrate the activists who are working relentlessly to claim women’s rights and realize their full potential. This year, International Women’s Day comes on the heels of unprecedented global movement for women’s rights, equality and justice. Sexual harassment, violence and discrimination against women have lately been capturing headlines and public discourse, propelled by a rising determination for change.

It is also an opportunity to consider how to accelerate the UN 2030 Agenda, building momentum for the effective implementation of the Sustainable Development Goals, especially Goal number 5 “Achieve gender equality and empower all women and girls”; and Goal number 4 “Ensure inclusive and quality education for all and promote lifelong learning”. Some key targets of the 2030 Agenda include ensuring that all girls and boys complete free, equitable and quality primary and secondary education leading to relevant and Goal-4 effective learning outcomes; ensuring that all girls and boys have access to quality early childhood development, care and preprimary education so that they are ready for primary education; ending all forms of discrimination against all women and girls everywhere; eliminating all forms of violence against all women and girls in the public and private spheres, including trafficking and sexual and other types of exploitation; and eliminating all harmful practices, such as child, early and forced marriage and female genital mutilation.

The Women’s Studies and Research Centre at Banasthali for which the Coordinator is Prof Manju Singh is indeed a hub of activities all round the year. The IWD celebrations this year was aptly named Jagriti 2018. The competitions conducted included Poster making with theme “Women in Changing Scenario”, Collage Making with theme “Gender Sensitization”, self composed poetry in Hindi or English for theme Women’s Issues”, Slogan Writing for theme “Stop Violence Against Women”, Dumb Charade with themes “Women Achievers and Violence against Women”, Extempore covering Women’s issues, Screening of Documentary made on rural women of Banasthali by Ms Dolly Ashwin fourth year Chemical and open house discussions. Ms Dolly and team also presented a Nukkad Natak on wrong notions about menstruation to the rural women at Anaupcharik Mahila Shiksha Kendra. The poem by Sakshi Sharma on women status was hard hitting and soul searching indeed. The rural women were thrilled to watch the documentary made on them. The team of Banasthali students danced with the village women thus bridging the rural urban divide.

The students and faculty who participated in Jagriti 2018 at Banasthali left with beaming faces and pride that they were indeed part of an institution which is a jewel in the crown among the women’s universities not only in India today but across the globe.

About Banasthali: The Institution which is also the largest fully residential women’s university in the world has played a big role in revolutionizing women’s education in the country for the last eight decades with a belief that there is a tremendous role of higher education in empowering the women. Banasthali has scripted numerous success stories in a wide range of fields, and stands tall among the citadels of learning in India today. Team Banasthali with Vice Chancellor J C Bose Memorial Award for eminent scientist recipient Prof Aditya Shastri a highly acclaimed alumnus of BITS Pilani, SUNY State University of New York Stony Brook and MIT USA is indeed racing forward to be the very best among global women universities. Matter of pride that Banasthali has been selected by NITI Aayog along with ISB CCMB in Top 10 to host Atal Incubation Centre. Proud to be Banasthali alumni who call themselves as Banasthalites can be found in all latitudes, longitudes and altitudes in all walks of life across the globe.

03-09-2020 | IT, New Media & Software
Openpr
Empowering Women is Empowering Economy
9 March 2020, Mumbai - India Did you know that currently, the Female Labor Force Participation is only 26.97%! As per the International Monetary Fund (IMF), India's GDP is likely to intensify to as much as 27%, if women's participation in India becomes equal to that of men. Is it too much to ask? Researchers believe that women in business are the key to increased business, the Financial Future is
03-29-2017 | Advertising, Media Consulting, …
Persistence Market Research Pvt. Ltd
Global Women Casual Shoes Market
Women Casual Shoes Market: Advantages and disadvantages One of the features of women casual wear is they provide great support to the feet and women can even wear them for running and while doing another high-impact exercise. Another advantage of women casual shoes is that they are multi-purpose. They can be used for walking exercise and can also be worn on casual days of working. Most of the women casual shoes
03-29-2017 | Advertising, Media Consulting, …
Persistence Market Research Pvt. Ltd
Global Women Boots Market
Women boots market: Types and trends The trend and the types of a women boots have changed in last few decades. Pre-1960s, calf and knee-length boots with zips were the only available option for women. However, in the early 1970s, tight-fitting platform-soled styles boots became popular which were later replaced with the straight-legged design after 1970s. These boots were frequently worn over jeans or other pants. In late 1980s loose fitting
03-29-2017 | Advertising, Media Consulting, …
Persistence Market Research Pvt. Ltd
Global Women Athletic Shoes Market
Women Athletic Shoes Market: Advantages and disadvantages Women athletic shoes protect the planter surface of the foot and provide traction while doing sports activity. All footwear are designed to provide some degree of motion control, however, women athlete shoes are designed to provide an enhanced level of motion control which stabilised the calcaneus and restricts rear foot mechanism movement. While running, proper cushioning of feet is very important as during this
11-04-2010 | Fashion, Lifestyle, Trends
Attracting Women Cologne
Launching of Attracting Women Cologne
http://www.AttractingWomenCologne.com was recently launched on 2nd October, 2010. The main objective of this site is to help man to attract ladies by using a special kind of cologne. Nowadays, a lot of men are facing trouble to get women. Some fail because they are shy, some fail because they don't know how and some did try but never succeed. In seeing this problem, the AttractingWomenCologne e-store was launched in order to
10-17-2007 | Business, Economy, Finances, B …
Shannon Cherry
Women Entrepreneurs Celebrate Women in Small Business Month
ATLANTA –October 16, 2007 – Female entrepreneurs are taking the economy by storm. Not only do they own approximately 9.1 million small businesses in the United States, but they are also starting them at twice the rate of their male counterparts. October is Women in Small Business Month, and hundreds of women from Girls With Goals are joining in the celebration. “Women In Business Month unites the tens of thousands
Comments about openPR
We publish our press releases on openPR.de because we like people who are "open" - just like us.
Frank Obels, CEO, INCONET - Informationssysteme, Communication und Netzwerkberatung GmbH