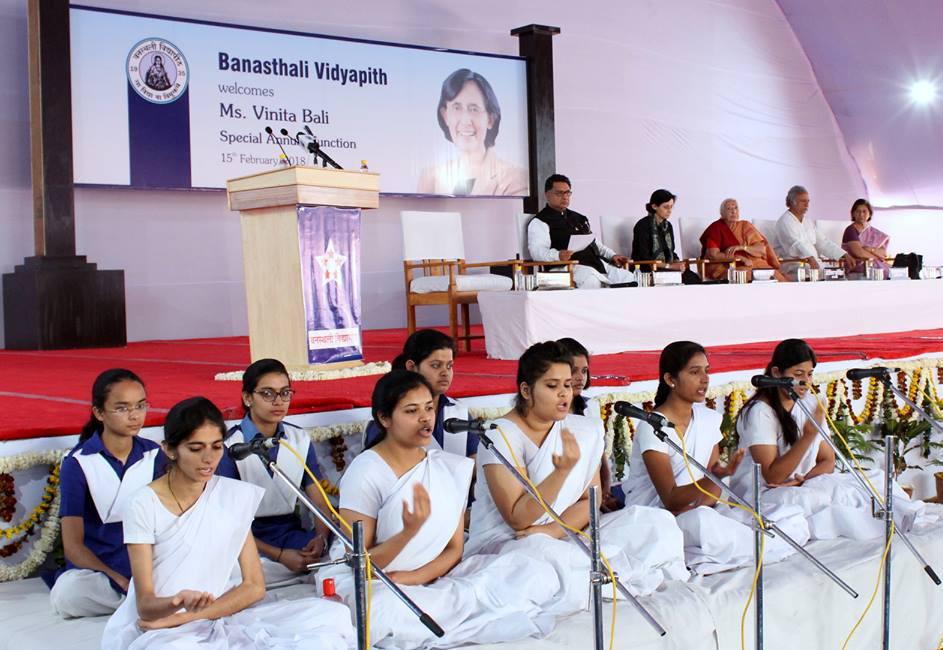 While one and all in India today has been calling the Billion plus population as Boon, blessing and Sowbhagya, considering the current state of health, nutrition, water, food, women and children in the nation at large; Ms Vinita Bali who is no Tom Dick and Harry calls it bane, curse and Durbhagya.

Alumnus of LSR Delhi, Jamnalal Bajaj Institute Mumbai, Michigan State University, Ms Vinita Bali began her career with Voltas, played a stellar role in launching iconic brand Rasna, moved over to Cadbury and then became World Wide Marketing Director for the most valuable brand in the world - "Coca-Cola". In 2005 she boarded the near-rudderless Britannia and went on to turn around its fortunes, and take it to its deserved position, of being a market-leading, innovative and trusted foods company. Currently, she is Director Bunge Limited a global agribusiness and food company, an advisory board member of PwC India, and is a non-executive director on the boards of Smith & Nephew Plc, as well as several companies, including Crisil, Titan Industries and Syngene International.

On 15 Feb 2018, Ms Vinita Bali visited Banasthali and on her arrival, had a grand reception at Swagat Dwar. After visiting the Shantabai Shiksha Kutir which is the birth place of Banasthali, she had a breakfast meeting which included senior officers of Banasthali and faculty members. She visited Kala Mandir, Flying Club and witnessed a spectacular display by students of horse riding club. At the Library she glanced through the original copy of the Indian Constitution which included the signature of Banasthali founder Shri Hiralal Sastriji who was a member of the constituent assembly. Other landmarks of the institution she visited included Bajaj School of Automation, School of Design, Jamnalal Bajaj School of Legal Studies and School of Music Dance and Theatre.

Addressing a gathering of thousands of students and Banasthali, Ms Vinita Bali spoke about the very purpose of education and its role in building a character and value system. When she said that she was impressed by the team spirit of Banasthalites, Self Confidence, sense of responsibility and leadership potential and the urge to achieve more and more and break barrier after barrier, there was a thunderous round of applause. Prof Aditya Shastri Vice Chancellor gave the welcome address, Prof Siddharth Shastri Vice President gave the vote of thanks and President Prof Chitra Purohit presented a glittering memento on behalf of Banasthali pariwar.

The students and faculty who came t0 hear Ms Vinita Bali left with beaming faces and pride that they were indeed part of an institution which is a jewel in the crown among the women’s universities not only in India today but across the globe.

About Banasthali: The Institution which is also the largest fully residential women’s university in the world has played a big role in revolutionizing women’s education in the country for the last eight decades with a belief that there is a tremendous role of higher education in empowering the women. Banasthali has scripted numerous success stories in a wide range of fields, and stands tall among the citadels of learning in India today. Team Banasthali with Vice Chancellor J C Bose Memorial Award for eminent scientist recipient Prof Aditya Shastri a highly acclaimed alumnus of BITS Pilani, SUNY State University of New York Stony Brook and MIT USA is indeed racing forward to be the very best among global women universities. Matter of pride that NITI Aayog has selected Banasthali along with ISB CCMB in Top 10 to host Atal Incubation Centre. Proud to be Banasthali alumni who call themselves as Banasthalites can be found in all latitudes, longitudes and altitudes in all walks of life across the globe.