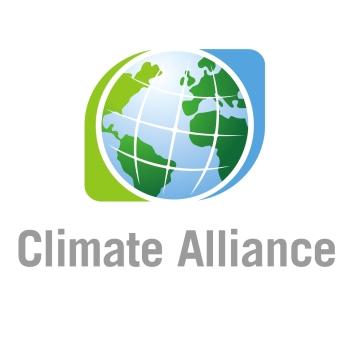 International Climate Alliance Annual Conference 22 - 24 April 2009 in Brussels“3x20:Play the game” is the theme of the Annual Conference, to which Climate Alliance invites jointly with Energie-Cités and the Brussels Capital-Region this year. The motto stands for the energy and climate objectives of the EU in the year 2020, which are in the focus of the event. Which concepts and methods are available for local authorities to reach these and even more ambitious goals? What kind of promotion do they get with the initiative of EU “Covenant of Mayors”?Be part of the game, learn the rules and meet other committed players in a mixture of speeches, round tables, exhibitions and one-to-one meetings. We are pleased to announce that we attract the following speakers for our conference, amongst many others:Jeremy Rifkin, US American economist, writer, and public speaker as well as founder and president of the Foundation on Economic TrendsSunita Narain, Indian environmentalist, political activist and director of the India-based Centre for Science and EnvironmentStina Soewarta, Deputy Head of the Cabinet of Energy Commissioner Andris PiebalgsPatrick Lambert, Director of the Executive Agency for Competitiveness and Innovation (EACI)Further information, the programme (in English, French, German and Dutch) and online registration: http://climatealliance.org/events.html?&L=0The European Commission recognised the importance of local authorities for climate protection by establishing the Covenant of Mayors. Like the members of Climate Alliance, the signing cities and municipalities commit themselves to step beyond the targets of the EU in reducing the CO2 emissions through energy efficiency and the use of renewable energies.The “Climate Alliance of European Cities with Indigenous Rainforest Peoples” is a city network with 1400 European local authorities in 17 countries that have entered into a partnership with indigenous rainforest peoples - united by the common concern for the global climate. By adhering, the cities and municipalities commit to an ambitious target: to reduce their greenhouse gas emissions by 10 percent every five years, with the important milestone of halving per capita emissions at the latest by 2030 (base year 1990).Climate Alliance / Klima-Bündnis / Alianza del Clima e.V. European Secretariat Galvanistr. 28, D-60486 Frankfurt am Main Tel. +49-69-717139-0, Fax +49-69-717139-93 europe@climatealliance.org http://www.climatealliance.org

You can edit or delete your press release “3x20:Play the game” here