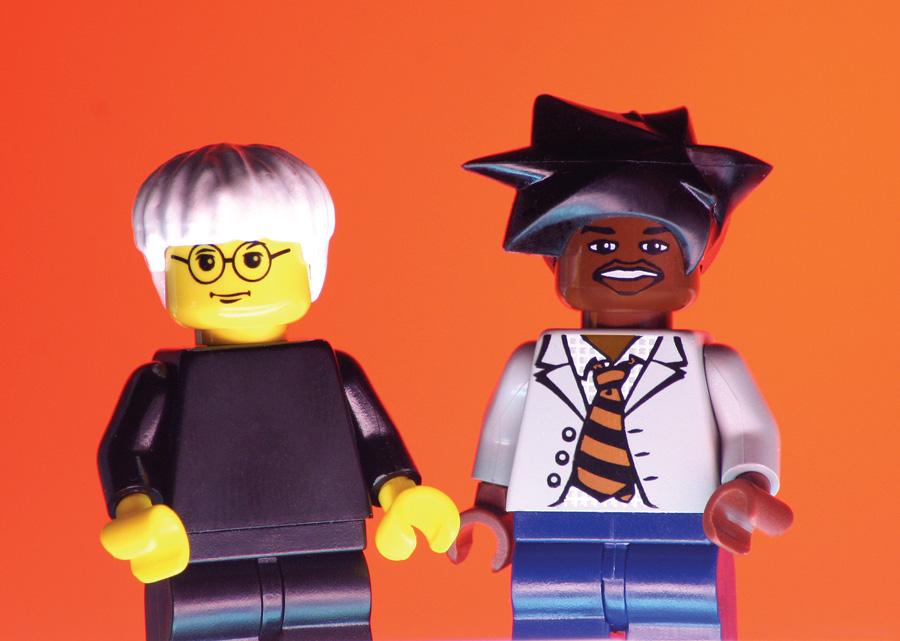 Art as a financial product and lifestyleBoth artists, hailing from Leeds, comment through their work on the "BritArt" scene based around Charles Saatchi and artists of the early 90s like Damien Hirst, Rachel Whiteread, Jake and Dinos Chapman, and Tracey Emin. They reconstruct this scene and the works of these artists through the use of toys, such as Lego figures or a Carrera racetrack. "By using children’s toys as a medium, The Little Artists subtly express the absurdity of the" grand" artistic gestures that have been made 20th century artists such as Duchamp and Hirst." Sean Hall, Senior Lecturer GoldsmithsSince 1996, Cake and Neave have examined the careers of other well known artists from the aspect of the development of the artist myth. Works of the Little Artists are in the collection of the Walker Art Gallery in Liverpool and will soon be shown in Another Roadside Attraction Gallery in London.Opening: January 30, 2009, 6 pm Show from January 31 – March 14, 2009Located in former East Berlin, Germany, Galerie Markus Winter was founded in October 2005.The gallery focuses on international contemporary painting, sculpture, photography and video art with a keen interest in conceptualism and progressive media. Therefore, the exhibition space is designed to accommodate each artist’s project without compromise (allowing for the flexible alteration of the overall architectural structure), and hence provides each artist with a highly individual forum. The yearly gallery program consists of eight to ten exhibitions, including solo exhibitions, as well as curated group shows.Since our first exhibition, which featured an installation by the acclaimed German video artist Marion Schebesta, we have supported progressive young and mid-career artists from Europe, Asia, and the United States, working in all media. These include: François Boué, Jean-Baptiste Bouvier, Jim Lee, Bryan Osburn and Matthew Abbott.In addition, we represent members of the Düsseldorf-based artist collective "Konsortium", such as Lars Breuer, Julio Ernesto Herrera Flores.Markus Winter, Chausseestraße 104, D- 10115 Berlin - GERMANY Tel. +49 (0) 30 97 00 46 57 Fax +49 (0)30 97 00 46 76 www.markuswinter.comFor press: Bianca Limbach, presse@markuswinter.com Gallery hours: Wed – Sat 2 pm – 6 pm and by appointment