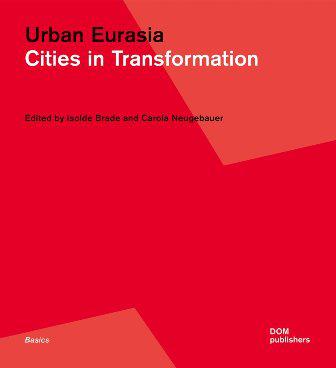 In these parts of the world, we see the city as an organism that has grown from individual and communitarian interests, economic forces, technical and cultural innovations - based on the communication between the different parties. It was different in the Soviet Union, where the urban space was implemented by the state or political elite according to its political objectives, and this as one of the fastest and most powerful urbanization processes in the world. Now, more than two decades after the collapse of the Soviet Empire, these - material as well as intangible - structures continue to exist as the common heritage of the Post-Soviet states. How do modern societies deal with this and what are the consequences for them?This fundamental book, Urban Eurasia. Cities in Transformation is a journey to urban spaces, places, and people in the extremely dynamic but often forgotten region between Europe and Asia. The editors Isolde Brade, a researcher at the Leibniz Institute for National Science in Leipzig, and Carola S. Neugebauer, junior professor at the RWTH Aachen, have asked eighteen specialists from various countries, amongst them ten from former USSR states, about their views on the development of the Post-Soviet cities. These reports fluctuate in an area of tension between the remaining Soviet and young Post-Soviet structures, which in turn have recourse to long common, pre-revolutionary and ethnically influenced collective experiences. It becomes clear that one should no longer speak solely of the Post-Soviet city, but increasingly of the Eurasian city type.The result is a cross-section through the cities with their networks and infrastructures. This book covers, amongst others, the themes of housing construction in the centres and peripheries, the associated gentrification, as well as the economic development of the cities. It also examines how monuments and public space are dealt with, having undergone several reclassifications from the propaganda stage to today's appropriations by the civil society, as well as the discussions about the preservation of the relics from the past. Extensive photographic material makes these urban change processes visible, and impressively demonstrates the complexity of urban change in the Post-Soviet space. This book seeks to encourage reflection and critical discussions beyond the few media reports about the cities in Eurasia.Isolde Brade ∕ Carola S. Neugebauer (ed.) Urban Eurasia Cities in Transformation 210 x 230 mm, 288 pages 300 pictures, softcover ISBN 978-3-86922-506-7 (English) EUR 28.00 June 2017. DOM publishers, Berlingisela graf communications supports publishers, museums and institutions specialising in architecture, design or art, with professional press and PR work, also on an international level. Communications — Individual concepts and texts for media relations Connections — Media contacts, interview arrangements, events — anything that brings people and subjects together Corrections — Editing and copy editing of texts and specialised publications, catalogues and brochuresgisela graf communications Gisela Graf Schillerstr. 20 D 79102 Freiburg T +49 761 791 99 09 F +49 761 791 99 08 contact@gisela-graf.com www.gisela-graf.com