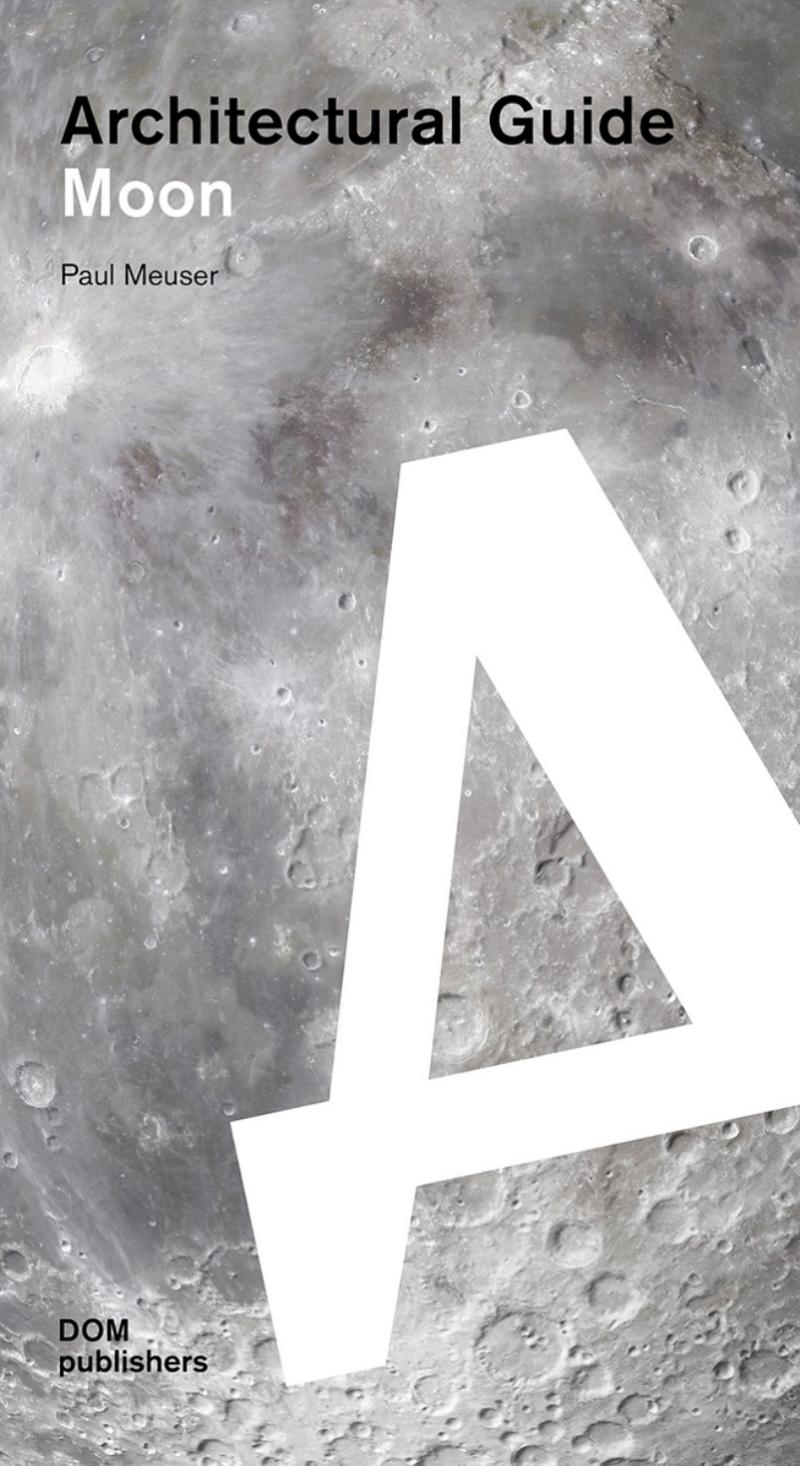 Mankind first reached the moon on July 21, 1969. This celestial body had always been a place of longing for earth's inhabitants but this date really set things in motion. Luna, Ranger and Apollo - these and all of the other missions that followed contributed to the fact that we can now seriously consider settling on the moon - and in a manner that is quite different from the naive fantasies that the pioneers of space flight had envisaged. The Architectural Guide Moon, which is published by DOM publishers on occasion of the 50th anniversary of the first moon landing, even manages to convincingly show us that all of the planned and realised artefacts not only allow us to recognise a specific lunar architecture, but that one can even set it into its own typology.Paul Meuser has researched and brought together all of the artefacts that have been launched at the moon since the landing of the Soviet Luna 2 probe in 1959: some of it quite bizarre technology, some of it shelter for astronauts. The chronological range of the objects reaches from the era of the Soviet/American Space Race to today's missions by Japan, China, India and Israel - all seen from an architect's viewpoint and untainted by ideological bias. The book manages to bring together authors and renowned experts from East and West even-handedly. The architects Galina Balashowa (Russia) and Olga Bannova (USA, University of Houston) reflect on concrete questions regarding the interior design of a lunar module that was never realised and a future lunar station. Alexander Glushko (son of Valentin Glushko, the chief engineer of the Soviet space programme) introduces a historical perspective on the Soviet manned lunar programme which was thoroughly planned but then cancelled. And the two experts on space flight, Brian Harvey (China) and Gurbir Singh (India), take a close look at the current developments in the Chinese and Indian lunar programmes. The chance for the any of the readers of this guide to actually be able to take a look at all of the manmade relics that litter the moon's surface in person are rather slim. But just as the moon itself has inspired ever greater flights of fancy this guide can lead on an imaginary trip on which one incidentally also gets to hear about the history of successes and - sometimes hushed up - failures. That architecture is an integral part of space flight has already been illustrated in several titles by DOM publishers, among them in the monograph Galina Balashova - Architect of the Soviet Space Programme or the German-language title Architektur für die russische Raumfahrt. Paul Meuser Architectural Guide Moon 135 x 245 mm, 368 pages 500 illustrations, soft cover ISBN 978-3-86922-670-5 EUR 38,00 July 2019. DOM publishers, Berlingisela graf communications Gisela Graf Schillerstr. 20 D 79102 Freiburg T +49 761 791 99 09 F +49 761 791 99 08 contact@gisela-graf.com www.gisela-graf.comgisela graf communications supports publishers, museums and institutions specialising in architecture, design or art, with professional press and PR work, also on an international level. Communications — Individual concepts and texts for media relations Connections — Media contacts, interview arrangements, events — anything that brings people and subjects together Corrections — Editing and copy editing of texts and specialised publications, catalogues and brochures

03-09-2020 | Arts & Culture
gisela graf communications
Next to Bauhaus 2
The Bauhaus centenary might be over, but the Bauhaus tradition persists. This is clearly shown in the Dessau School of Architecture's new annual "Next to Bauhaus 2". The second volume of documentation on the research and teachings by the Faculty of Architecture, Facility Management and Spatial Information of the Anhalt University of Applied Sciences provides an overview of the work and legacy of lecturers and students of the Dessau campus
01-24-2020 | Arts & Culture
gisela graf communications
Flying Panels. How Concrete Panels Changed the World
During the second half of the twentieth century countless concrete panels sailed through the skies: not only physically from factory to construction site, or from country to country, but also figuratively. The flying concrete panel could be found all over the world in countless pictures, on posters, in cartoons and movies and even as toys or theatre and opera sets. Their symbolism made them an emblem for the promise of
12-09-2019 | Arts & Culture
gisela graf communications
Mass Housing in the Socialist City. Heritage, Values, and Perspectives
Prefabricated mass housing in cities from formerly socialist countries represents an enormous volume of residential housing today and is therefore an important tool for the future urban development within these cities. But transformation of these districts is needed due to the functional, societal, and technical challenges that they face. How can these - sometimes gigantic - structures from the 1960s and 70s be adapted to today's needs? How can a