Mentally Ill In Jails And Prisons - Book About Correctional Mental Health, 'And Some Will Triumph', Provides Heartbreaking Tales Of Real Life Situations 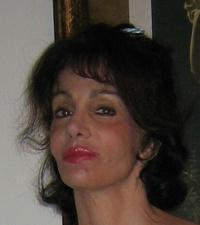 The mental health crisis in America has reached epic proportions. One grim aspect of the problem is the sheer number of mentally ill individuals who end up incarcerated in jails and prisons. These types of cases have overloaded the system and have caused law enforcement to take drastic measures to overcome what can only be called a dismal failure of the system.As a psychiatric nurse working in the correctional system, Virginia journeyed inside the minds of the mentally ill. Her book, 'And Some Will Triumph, is a dramatic retelling of the heartbreaking situations she encountered every day. It is Virginia's fervent hope that her book will be made into a movie or television series. If she can accomplish that, the result could be record shattering. It would shine a bright light on the problem and would enlighten the public as to the mind-boggling problems law enforcement must deal with on a daily basis."You may think the jail is full of criminals, but what if I told you that’s not true," stated Sollars. "What if circumstances beyond the person’s control brought them to this enclosure? As a Correctional Psychiatric Nurse, I worked the triage desk at a large jail system in California for over two decades and I have decided to tell some of their stories.""Chris is a schizophrenic. He wears a paper hat that protects him from the aliens whom he believes can read his thoughts. What happened to his brother many years ago when Chris was seeing and hearing things that weren’t real? And who is under his closet floorboard?""April sits in her cell quietly, staring at the wall. She is in a mental health bed on suicide watch, she is not allowed with others. She is deeply depressed. Why did she kill her children, why does she say she was trying to protect them?""Zfua, from Africa, is in for murdering her husband, chopping him up, and leaving pieces of him with her neighbors. She seems so pleasant, so normal, why would she do something like that? What were the circumstances in her life that lead her to that moment?""And Joy, young, sad, Joy. Her parents left her in the care of her older brother. She is in for drugs that her brother started her on as a child. Since the age of ten, he pimped her out to his friends. Did she have a life, did she have a chance?""Lilly frightens even the deputies at times. Her voice and face seems to change along with her personality? Who is she really and who killed her child?""Annette suffers from obsessive compulsive disorder and continuously states the numbers 629. We come to understand the meaning of this when she reveals her past.""Jamie is developmentally disabled. She attacked and hurt a homeless man. She always has a difficult time with other inmates taking advantage of her sexually and otherwise.""'And Some Will Triumph' is character based and there are many more characters than these few. The stories within are all true, I only changed the names and their appearances.""Why do people murder, drink and drive, cut on themselves, stalk others, become so depressed that they become psychotic? What happens to people who hear voices?'And Some Will Triumph' relates the journey of Elizabeth, a compassionate nurse who comes to California from New York with her teenage daughter to work at the fictional Raine Correctional Facility. Elizabeth finds herself interacting with some of society’s most troubled and challenging inmates and shows how she must at times fight the system to give the best care to her patients. Elizabeth tells the stories of both the psychiatric inmates as well as the nurses who have problems in their lives as well. Since the book is based on my professional experience, it is an insider’s look into the minds of psychiatric inmates revealing their secrets, regrets, frustrations and hopes and how they cope with their life in jail. But my book is more than just the story. It explains the many mental health disorders in such a way that people without a medical background can understand, points out the broken mental health system and describes the reasons why the mentally ill are incarcerated." "I believe my book has great potential for a television series. Each character can be separated, their lives in the jail a separate story in the series. I hope that a series becomes a reality so that not only can people be entertained, but gain knowledge into what really goes on in a jail system for the mentally ill."Sollars' book has received rave reviews from readers. Kirkus Reviews said the book is ….” a remarkable timeline of the treatment of mental illness in the past 40 years, and it’s a triumphant account of her boldness as a mother, nurse, and woman. At a time when mental health is in the forefront of conversations about our health care system, her story is one of hope."One reader stated, "Absolutely the best book I’ve read in years, uncensored look into correctional mental health, patients, inmates and the professionals who deal with some of society’s most troubled criminals, their day to day struggles all interwoven within a gripping story of murder and suspense. A must read!" Another said, "Awesome story! While the story keeps you turning the pages to see what happens next, the real plight of the mental health patients in a correctional setting is heartbreaking.”Virginia Sollars is available for media interviews and can be reached using the information below or by email at virginiasollars@yahoo.com. 'And Some Will Triumph' is available at online retailers. More information is available at her website.Virginia Frusteri Sollars was raised in Brooklyn, New York, and became a registered nurse in 1980, working as a psychiatric nurse for most of her career. She worked in the jail system for twenty-six years, caring for and treating the mentally ill. She continues to advocate for the mentally ill though her presentations and radio shows advising people of the plight of the mentally ill.PO Box 1613 Shallotte NC 28459 http://www.virginiasollars.net

You can edit or delete your press release Mentally Ill In Jails And Prisons - Book About Correctional Mental Health, 'And Some Will Triumph', Provides Heartbreaking Tales Of Real Life Situations here

03-15-2019 | Arts & Culture
FTB Pathway Publications
Sci-Fi Author Launches Revolutionary Space Opera
Matthew J Opdyke is a brilliant and newly published Science Fiction/Fantasy Author with a passion for taking his audience on journeys into the cosmos and inspiring his readers to look at the world with a new vision of futurism. This space novel series is sure to enhance the spirit of fans and the future ideology of the whole world – portraying the relationships between a newly established team of intellectual
09-13-2018 | Arts & Culture
Melanie Pronia
Award Winning Author Melanie S. Pronia Takes Grand Prize, Named As Top Female Au …
Florida resident and award winning author Melanie S. Pronia was recently awarded the Grand Prize in the 2018 Top Female Author awards. She is the author of 'Descent,' a mystery suspense thriller novel. She was chosen from an international field of contestants by a panel of judges. She received a prize package valued at over $1200. "I couldn’t believe that I had won the contest," Pronia stated. "I had just woken
08-08-2018 | Arts & Culture
Linda Maria Frank
Multi-Award Winning Author Linda Maria Frank Chosen As Top Female Author In 2018 …
Linda Maria Frank, author of Annie Tillery Mystery Series, has been the Top Female Author in the 2018 Top Female Author Awards in the Young Adults/Teen category. Frank was chosen from a field hundreds of authors by a panel of judges. "Civilizations are defined by their stories," Frank stated. "First it was oral history, then parchment, and finally books. The stories in book, provided by the author, whether they be fiction
04-28-2017 | Advertising, Media Consulting, …
BookVenture
BookVenture launches the Author Reputation Management Service
Ishpeming, MI - BookVenture Publishing LLC, a fast developing self-publishing company, now offers a new publicity service called Author Reputation Management. The service is an extensive public relations campaign that focuses on establishing and boosting an author’s reputation through various media promotions. The goal is to maximize the author’s exposure to the target market by featuring him or her in interviews, book reviews, radio guesting and other appearances. A seasoned
01-25-2017 | Media & Telecommunications
New Birth Enterprises
Inspirational Speaker and International Author
Inspirational speaker and author Cathy Dabney has released a new best-selling book. Her newest literary work is titled #Unbroken-Betrayal, Mourning, and Rebirth. This book can be purchased at www.Cathydabney.com, Barnes & Noble booksellers, Amazon.com, Kindle, Scribd and Bingham. Cathy will have many upcoming engagements where she will have book signings and interaction with the masses. Cathy has a book signing in the Las Vegas area at the Henderson Barnes and Noble
04-20-2016 | Business, Economy, Finances, B …
Shiloh Consulting
Author of Financial Book launches Academy
London, UK, 20th Apr. 2016- Hot on the heels of the highly successful book launch of his guidebook, The Path to Financial Peace on 7th April, there’s no rest for Dean Williams as he embarks on launching his academy for young entrepreneurs on the 10th of May, 2016 in Stratford. Exclusive Visions Entrepreneurial Academy will cater for entrepreneurs who have been running their businesses between one to five years. The programme
Comments about openPR
OpenPR ist the nicest and most clearly laid out PR platform I have seen to this day. The press releases are displayed very nicely and clearly and without any unnecessary frills. The updates are fast and the finished release looks appealing and is clearly legible. Even with 16 years of experience one discovers new things from time to time. Congratulations!
Gabriele Ketterl, Director Marketing & PR, Menads