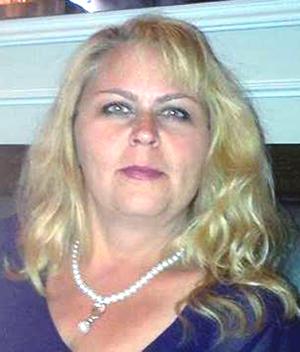 Florida resident and award winning author Melanie S. Pronia was recently awarded the Grand Prize in the 2018 Top Female Author awards. She is the author of 'Descent,' a mystery suspense thriller novel. She was chosen from an international field of contestants by a panel of judges. She received a prize package valued at over $1200."I couldn’t believe that I had won the contest," Pronia stated. "I had just woken up and was sipping my coffee when I looked at the announced winners and there was my name, listed as the grand prize winner. I actually handed my laptop to my husband and asked if it was real. It was a wonderful moment that I will never forget."In the storyline of 'Descent,' Dana, a married mother of two, has a family she loves. She loves them so much that she has to leave them so they won’t contract her disease, which is common but deadly. Embarrassed and ashamed, Dana acknowledges that she has gone insane.She has to die. In order for her to die, she has to leave her family and the safety of her home. She doesn’t want her husband discovering her deceased body. With careful planning, she has decided that she will end her life in beautiful Siesta Key Beach in Sarasota Florida. The walk from Jacksonville to the southwest end of the state will be long, treacherous and full of consequences, both good and bad, that Dana never considered.Pronia is a prolific writer. Other published works include:Amateur Ghost Hunting Five Sisters Journey of Souls Lillian Lake Strange GirlsUpcoming books include:At Death's Door Daughter of Daughters Descent II Heathen Child Here Lies In the Shadow of Death One with the WoodsMelanie S. Pronia is available for media interviews and can be reached using the information below, or by email at melaniespronia@yahoo.com. All of her books are available at online retail book outlets. More information is available at her website.Melanie S. Pronia lives in Orange Park, FL with her husband, fellow novelist, John Maycumber. She is the proud mother of a United States Marine, Andrew, and her youngest son, Jarred who is interested in Forensic Science.Melanie has been writing since she was about 14 years old. Having worked as a Cemeterian, Melanie enjoys visiting cemeteries and historic sites.PO Box 1613 Shallotte, NC 28459 http://www.melaniespronia.com

07-11-2019 | Arts & Culture
Cheryl Williams
Author Cheryl Williams Named As Top Female Author In Poetry Category In 2019 Top …
Author Cheryl Williams has been named Top Female Author in the 2019 Top Female Author Awards in the poetry category. The win came as the result of her most recent book, 'A Collection Of Poems: A Journey Through Life'. Williams was chosen from a field of hundreds of authors by a panel of judges. "Writing this book of poems was a way to help me unburden, to share my struggles and
08-08-2018 | Arts & Culture
Linda Maria Frank
Multi-Award Winning Author Linda Maria Frank Chosen As Top Female Author In 2018 …
Linda Maria Frank, author of Annie Tillery Mystery Series, has been the Top Female Author in the 2018 Top Female Author Awards in the Young Adults/Teen category. Frank was chosen from a field hundreds of authors by a panel of judges. "Civilizations are defined by their stories," Frank stated. "First it was oral history, then parchment, and finally books. The stories in book, provided by the author, whether they be fiction
08-03-2018 | Arts & Culture
Donna Louis
Multi-Award Winning Christian Author Donna Louis Named As Top Female Author In 2 …
Florida resident Donna Louis, multi-award winning author of 'Miracles of Direction' has been chosen as the winner in the 2018 Top Female Author Awards in the Religion/Philosophy/Spiritual category. Louis was chosen from an international field of contestants by a panel of judges. Louis' win follows three awards in the '50 Great Writers You Should Be Reading Awards contest (2015, 2016 and 2017), and one nomination in the 2017 Top Female Authors
03-23-2018 | Arts & Culture
Donna Louis
Multiple Award Winning Author Donna Louis, Author Of ‘Miracles Of Direction’ …
Donna Louis, author of ‘Miracles Of Direction’, has been nominated for the Top Female Author Award in 2018. The worldwide contest presents nominees from countries all over the world including Australia, Barbados, Canada, Croatia, France, Mexico, Netherlands, the UK and the United States. "This is a tremendous honor for me," Louis stated. "I am truly grateful to be nominated from such a vast pool of countries. There are so many talented
01-25-2017 | Media & Telecommunications
New Birth Enterprises
Inspirational Speaker and International Author
Inspirational speaker and author Cathy Dabney has released a new best-selling book. Her newest literary work is titled #Unbroken-Betrayal, Mourning, and Rebirth. This book can be purchased at www.Cathydabney.com, Barnes & Noble booksellers, Amazon.com, Kindle, Scribd and Bingham. Cathy will have many upcoming engagements where she will have book signings and interaction with the masses. Cathy has a book signing in the Las Vegas area at the Henderson Barnes and Noble
11-03-2010 | Health & Medicine
Scope e-Knowledge Center
Scope supports IEEE in enhancing author data for future author database
Chennai, India: Scope eKnowledge Center (Scope), a leading content enhancement and knowledge services provider, is pleased to announce that it will support a significant new initiative of the IEEE, the world’s largest technical professional association, to build a unique author name database. IEEE plans to create a database of author data extracted from more than 2.5 million journal articles and conference proceedings contained in the IEEE Xplore Digital Library. In order
Comments about openPR
Your portal is fast, simple, and easy to use. Others may have more functions but they also demand more editing time, you have to preformat the text in order to achieve a good result etc. I think openPR is really fantastic!
Andreas Knepper, wallmedien AG