The Mentally Ill Should Not Be Stuck In Jails and Prisons - Much More Can Be Done Says Virginia Sollars, Author Of 'And Some Will Triumph' 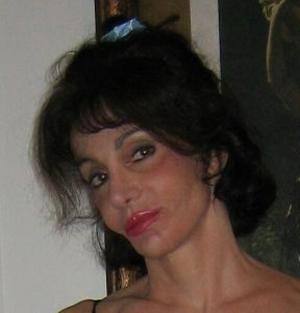 You can edit or delete your press release The Mentally Ill Should Not Be Stuck In Jails and Prisons - Much More Can Be Done Says Virginia Sollars, Author Of 'And Some Will Triumph' here

03-15-2019 | Arts & Culture
FTB Pathway Publications
Sci-Fi Author Launches Revolutionary Space Opera
Matthew J Opdyke is a brilliant and newly published Science Fiction/Fantasy Author with a passion for taking his audience on journeys into the cosmos and inspiring his readers to look at the world with a new vision of futurism. This space novel series is sure to enhance the spirit of fans and the future ideology of the whole world – portraying the relationships between a newly established team of intellectual
09-13-2018 | Arts & Culture
Melanie Pronia
Award Winning Author Melanie S. Pronia Takes Grand Prize, Named As Top Female Au …
Florida resident and award winning author Melanie S. Pronia was recently awarded the Grand Prize in the 2018 Top Female Author awards. She is the author of 'Descent,' a mystery suspense thriller novel. She was chosen from an international field of contestants by a panel of judges. She received a prize package valued at over $1200. "I couldn’t believe that I had won the contest," Pronia stated. "I had just woken
08-08-2018 | Arts & Culture
Linda Maria Frank
Multi-Award Winning Author Linda Maria Frank Chosen As Top Female Author In 2018 …
Linda Maria Frank, author of Annie Tillery Mystery Series, has been the Top Female Author in the 2018 Top Female Author Awards in the Young Adults/Teen category. Frank was chosen from a field hundreds of authors by a panel of judges. "Civilizations are defined by their stories," Frank stated. "First it was oral history, then parchment, and finally books. The stories in book, provided by the author, whether they be fiction
04-28-2017 | Advertising, Media Consulting, …
BookVenture
BookVenture launches the Author Reputation Management Service
Ishpeming, MI - BookVenture Publishing LLC, a fast developing self-publishing company, now offers a new publicity service called Author Reputation Management. The service is an extensive public relations campaign that focuses on establishing and boosting an author’s reputation through various media promotions. The goal is to maximize the author’s exposure to the target market by featuring him or her in interviews, book reviews, radio guesting and other appearances. A seasoned
01-25-2017 | Media & Telecommunications
New Birth Enterprises
Inspirational Speaker and International Author
Inspirational speaker and author Cathy Dabney has released a new best-selling book. Her newest literary work is titled #Unbroken-Betrayal, Mourning, and Rebirth. This book can be purchased at www.Cathydabney.com, Barnes & Noble booksellers, Amazon.com, Kindle, Scribd and Bingham. Cathy will have many upcoming engagements where she will have book signings and interaction with the masses. Cathy has a book signing in the Las Vegas area at the Henderson Barnes and Noble
04-20-2016 | Business, Economy, Finances, B …
Shiloh Consulting
Author of Financial Book launches Academy
London, UK, 20th Apr. 2016- Hot on the heels of the highly successful book launch of his guidebook, The Path to Financial Peace on 7th April, there’s no rest for Dean Williams as he embarks on launching his academy for young entrepreneurs on the 10th of May, 2016 in Stratford. Exclusive Visions Entrepreneurial Academy will cater for entrepreneurs who have been running their businesses between one to five years. The programme
Comments about openPR
Your portal is fast, simple, and easy to use. Others may have more functions but they also demand more editing time, you have to preformat the text in order to achieve a good result etc. I think openPR is really fantastic!
Andreas Knepper, wallmedien AG