Igor Iankovskyi about the nine Ukrainian start-ups for responsible people 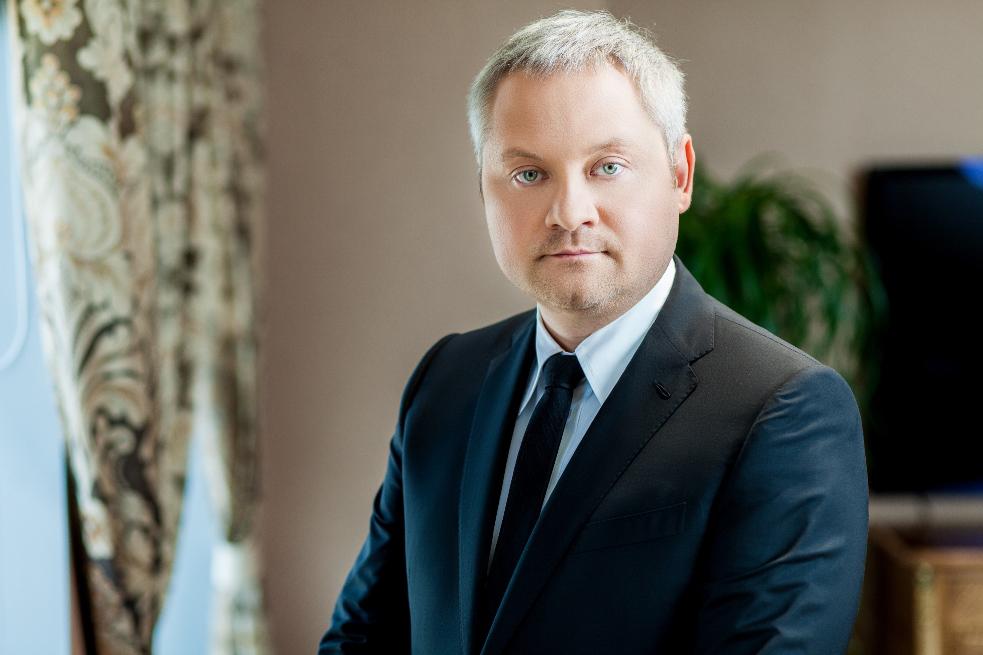 Internet of things (or IoT) is one of the most promising directions in technology. Commercial success of the majority of such start-ups proves: the innovations become closer. If in the XXth century the new technologies were strongly associated with “great projects” – discovery of space or nuclear synthesis, in the XXIth century the inventions are being tailored to human size. “Smart” gadgets and mobile applications help people to make the life more comfortable, meet the needs for creative self-fulfillment, sound communication with close ones, care for health and cautious treatment of natural resources.The latter is critical to Ukrainian society that is only starting to realize the practical value of energy saving. Perhaps that is why one of the most known recent Ukrainian IoT start-up is Ecois.me. The idea of the project is to create a “smart home” system with intelligent energy consumption that is being monitored by the “house overseer”. “If you forgot to turn off the iron or stove, Ecois.me will take care of it and send a notification to you”, - as comment their device the inventors. By the way, the innovative solution has already been noticed by emblematic businessman Richard Branson, who “took away” Ukrainian start-up to his Virgin Media Accelerator.A range of Ukrainian projects denounce a common opinion that digital gadgets alienate people from each other. Interesting example occurred in an IT-company, whose employees were literally sleeping at office while developing a new platform for market targeting. Finally they realized that working hard is good, but not worse ignoring phone calls and messages from loved ones. That is how the application “FamilyInSafe” has been born. Its users create closed groups (hubs), accessible only by invitation. The application precisely captures user’s geolocation, omitting faults done by other popular geo-services, while also notificating group’s participants about planned activities and grouping selected places on the map: shops, cafes, pharmacies, municipal establishments etc.Another popular Ukrainian start-up that managed to acquire $ 3,8 million investment, gives a possibility always to stay in touch with a house pet. It is referred to Petcube – device that allows the owner to survey remotely over his dog or cat and entertains them with laser beam with the help of a smartphone. The developers are planning to install PetCube for free at homeless animals’ shelters.Naturally, the Internet of things was deemed to once intersect with another modern trend – growing popularity of the healthy lifestyle. There are several start-ups emerged at this intersection that turned out pretty successful. One of them has been created by grade students from Kyiv. Their project named Helko is a virtual gym instructor. “Embedding” into any implement, the device captures the initial load and calculates its optimal volume for the user. The same thought direction has been adopted by other two start-ups - FORCE emotion and Mevics. The first one is the “smart” bracelet that monitors the physical state of his owner, the second – device to control a person’s posture.However, healthy lifestyle is not only fitness but right nutrition as well. Ukrainian start-up BioSens offers to anybody to conduct a 15-minutes express-assay of food products, while Myhelix project gives individually-tailored nutrition and lifestyle recommendation based on a person’s DNA test. Following those recommendations is facilitated by UAberry start-up, specialized on small strawberry farms with automated watering system and temperature control. These farms could be placed in summer house, balcony or roof-top and enjoy fresh strawberry all year round. The list of Ukrainian start-ups can be much longer. The main question is what is in common between such different propositions while simultaneously making them popular. It seems to me that all such innovations are driven by the sustainability concept – sustainable development and responsible consumption. The penetration of this concept into common conscience of Ukrainians by the means of useful devices and services is excellent news for our country that has been stuck with resource-dominated economy for the long time. Meaning, that aside of their main tasks, Ukrainian start-uppers are engaged in a very important mission – “background” reforming of social practices that leads to a more modern Ukraine.Igor Iankovskyi – a successful Ukrainian businessman, financier and philanthropist. Igor Iankovskyi was born in Ukraine, in Dnipropetrovsk (Dnepropetrovsk region) May 24, 1974. Today Igor - philanthropist, chairman of the Supervisory Board of the Ukrainian Charity Foundation "Initiative for the future", a successful entrepreneur and businessman. He graduated the Dnepropetrovsk Medical College with honors. In 1994 he became a student of the International Scientific-Technical Institute named after Academician Yuriy Bugai, and in 1996 - a student of the Long Island University CW Post (New York, USA). In 1999, Igor received his BA in BS Business Finance.“Horizon Park” business center 12 Amosova str, Level 5, Kyiv, Ukraine

06-23-2017 | Arts & Culture
Igor Iankovskyi Foundation
IGOR IANKOVSKYI AWARDED THE FINALIST OF THE VTH UKRAINIAN CHILDREN'S DRAWING CON …
At June 17, 2017 in the Ukrainian House on Khreschatyk was awarding ceremony for the participants and winners of the anniversary Vth All-Ukrainian children drawing competition "UKRAINE – THE LAND OF TALENTS". The biggest Ukrainian children's creative competition for the fifth consecutive year, held at the initiative and financial support of the Igor Iankovskyi Foundation "Initiative for the Future", each involving the creative process hundreds of the talented children from
06-09-2017 | Arts & Culture
Igor Iankovskyi Foundation
Igor Iankovskyi Foundation and Ukrainian State Film Agency have successfully con …
On the first week of June, Igor Iankovskyi Foundation, NGO “Initiative for the Future” and Monegasque Association Helping Hand, along with Ukrainian State Film Agency and Italian company 4RoomsFilm, have organized and successfully conducted “Days of Ukrainian Cinema in Roma”, for the first time in history of independent Ukraine. Italian public and representatives of numerous Ukrainian diaspora could enjoy: “The Nest of the Turtledove” by Taras Tkachenko, “Living Fire” by Ostap
04-20-2017 | Arts & Culture
Igor Iankovskyi Foundation
IGOR IANKOVSKYI FOUNDATION SHALL CONDUCT SECOND BUSINESS-LUNCH «MEET UKRAINIAN …
Anniversary 70th edition of the Cannes International Film Festival will take place from 17th to 28th of May 2017 in France. This year Ukraine will be represented by its own pavilion at the professional platform - Marché du Film, jointly organized by the Ukrainian State Film Agency, «Molodist» KIFF, Ukrainian Cinema Association, Producer Association of Ukraine and National Charity Foundation of Igor Iankovskyi «Initiative for the Future». On the 21st of
04-07-2017 | Science & Education
Igor Iankovskyi Foundation
Igor Iankovskyi: why robotization shouldn’t be feared
Innovations in robototronics will completely transform the economy structure. In this regard, one question rises with increasing frequency: how will the machines affect our employment – whether the robots will make our life more easy and interesting or completely substitute the human labor? What prevail anyway – risks or opportunities? Both, - considers Martin Ford, businessman and futurologist from Silicon Valley analyzing “robototronics era” in his book “Rise of the Robots”. He

01-31-2019 | Industry, Real Estate & Constr …
Kharkiv Bearing Plant HARP
Ukrainian bearing plant discovers Turkish market
In 2018, Kharkov Bearing Plant (HARP) share export was 64 %. This year the company is going to increase this index up to 70 %. HARP is going to begin 2019 with the entering the Turkish market. The first steps for this will be a debut participation of HARP in the international agricultural exhibition AGROEXPO, which will take place in Izmir on February 7-10. “Turkey is a prospective market for
08-22-2018 | Industry, Real Estate & Constr …
HARP
Ukrainian HARP enters Canadian market
Within demonstration tour Discover HARP, Kharkov Bearing Plant (HARP) starts to move further to the Canadian market. On September 11-13, the leading domestic producer of bearing products will take part in the largest agricultural exhibition of the North American continent – Canada's Outdoor Farm Show. HARP will become the only Ukrainian producer, which will present the bearings for agricultural sector at this event. “70-years production experience allows us to satisfy the
04-11-2018 | Industry, Real Estate & Constr …
LOZOVA MACHINERY
LOZOVA MACHINERY JOINED THE UKRAINIAN AGRIBUSINESS CLUB
LOZOVA MACHINERY joined the Ukrainian Agribusiness Club (UCAB) and became the only domestic producer of the agricultural implements among the association members. “To be the first and the best is that LOZOVA MACHINERY is seeking to and what unites our company and UCAB”, – Roman Girshfeld, Vice President Sales and Marketing, points out. The own unique developments and patented solutions, implemented in LOZOVA MACHINERY tools, allowed the company to be the first,
08-05-2011 | IT, New Media & Software
PMR Ltd
Ukrainian IT market worth €1bn
Ukrainian IT market increased by approx. 30% last year. In Euro terms its value crossed €1bn, which is comparable with the level recorded in 2005 and it represents a half of the value from 2007. In 2010 IT products and services sales bounced back. Ukraine got some economic recovery after the financial crisis and political stability after the presidential and local elections. According to the latest report by the research
01-26-2010 | Energy & Environment
ZORG UKRAINE Ltd.
Ukrainian biofuel industry receives tax benefits
By the 18-th of January 2010 the Ministry of Industrial Policy of Ukraine received 7 requests to proceed with a concessionary import of equipment, used within the industry of renewable fuels. Following information has been provided by the press-service of consulting company FuelAlternative. On January 1, 2010 Ukrainian government validated a law “On making changes and additions to the tax policy of Ukraine in order to facilitate production and
06-06-2007 | IT, New Media & Software
Hi-Tech Initiative
New member of Ukrainian Hi-Tech Initiative
21 May 2007, Kiev. Ukrainian Hi-Tech Initiative membership increased with a new company – “Krendls” (Dnepropetrovsk). “Krendls” is the European software development company located in Ukraine with the representative office in Germany. The company started its operation in 2006. Now it is a dynamically growing company providing fast and highly-functional solutions for B2B and B2C segments. Main development interests of “Krendls” are closer partnership with European companies as well as
Comments about openPR
9 o'clock: discuss press release with client, 10 o'clock: submit release to openPR, within the briefest possible time release is published and displayed in a prominent place on openPR.de. I am thrilled!
Zehra Spindler, Calypso Now! - Communication Agency