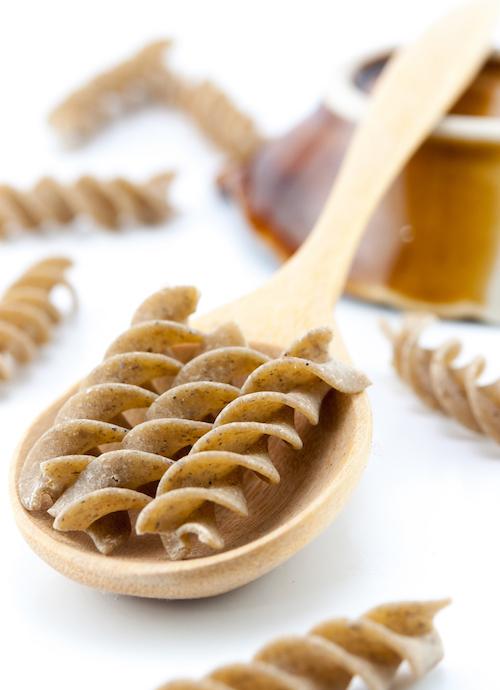 April 5, 2017 - Packaged foods with bugs as ingredients are a popular topic in Western countries, but now the conversation has arrived in South East Asia and even in China. In Thailand, edible insects are now on supermarket shelves. In China, some articles appeared for the first time in the media. Bugsolutely will contribute to spread the word to food professionals by promoting edible insects at food forums in Singapore and Shanghai.Food Vision Asia At Food Vision Asia Bugsolutely will be represented by Nathan Preteseille, on April 26th. Nathan’s presentation will focus on the evolution of the insect food, with examples of packaged products from 2014 to 2017, including the case of Cricket Pasta, the first pasta with 20% cricket flour. He will also present some ideas to overcome preconceptions of bugs as food, including for example the exceptional nutritional properties, such as protein, minerals, vitamins, fibres and omega 3.Food and Beverage Innovation Forum 2017, Shanghai Massimo Reverberi, founder of Bugsolutely, will be one of the speakers at the FBIF2017 in Shanghai. His presentation “Bugs Crawling to the Supermarket Shelves - The New World of Insect-based Consumer Packaged Goods (CPG)” will start at 3 pm on April 21. Massimo will address the evolution of insect-based CPG in the West during the last 3 years, the regulations in Western countries, and the special case of Cricket Pasta: incorporation of insects into stable food for the mass market. He later will be on-stage for a special session on edible insects, together with Susie Xiao from Pesign.About Food Vision Asia Food Vision Asia (www.foodvisionasia.com) explores Asia’s rapidly growing food and nutrition market and is hosted at the Grand Hyatt Hotel, Singapore from April 25-27. It focuses on this particular region’s growth market and the challenges it faces. It features senior figures in food research and development, marketing and business strategy from Asian and international food and nutrition businesses. About the F&B Innovation Forum The F&B Innovation Forum (www.foodforum.cn) will be held April 19-21 at the Longmont Hotel, Shanghai and is the most influential conference in Asia-Pacific in the F&B industry. This year’s theme is “Global Innovation, Powering Future!”, where more than 90 speakers and 1500 executives are expected to attend. About Bugsolutely Bugsolutely is a food company specialized in edible insect products. Founded in 2015 in Bangkok, Bugsolutely is at the forefront of the rapidly growing market of "bug foods" by producing Cricket Pasta, the only pasta in the world containing 20% cricket flour. Cricket Pasta is a superfood with great nutritional values, including a high protein content, and a very low environmental impact. Bugsolutely is also one of the founder of www.affia.org, the edible insect association of South East Asia.For more information and photos, please visit: http://www.bugsolutely.com/press/ or contact info@bugsolutely.com©2017 Bugsolutely Ltd - 20/19 Sukhumvit 39, Bangkok 10110, Thailand - Tel. +66 (0) 9 5809 5068 - www.bugsolutely.com Bugsolutely in China: 3 Floor, Building 5 – 436 Jumen Lu – 200023 Shanghai - Tel. +86 155 0213 6331

10-04-2018 | Business, Economy, Finances, B …
Bugsolutely
Bella Pupa: the World’s First Silkworm Powder Snack Launches on the Chinese Ma …
Shanghai, October 4, 2018 - The edible insect industry is growing rapidly with many new healthier and sustainable products. The makers of processed food containing bugs mostly use crickets and mealworms from farms in Canada, USA, Netherlands and Thailand. Only Bugsolutely has considered the potential of silkworms. Silkworms are a byproduct of the silk industry, and they are fed only with leaves from mulberry trees - a perfect circular economy.
05-07-2018 | Business, Economy, Finances, B …
Bugsolutely
Seeds, chips and bugs to change the food world
May 4, 2018 – According to the most recent market survey by Meticulous Research, the edible insect market will be worth almost one billion Euro by 2023. In addition, the European Union recently started the approval process for including insect protein in food, while the US and Canada have already given the green light to use insects in packaged foods. Around the world, everything’s coming up bugs. If you are interested
03-06-2018 | Business, Economy, Finances, B …
Bugsolutely
Good Agricultural Practices (GAP) for cricket farming released for the first tim …
Bugsolutely has made a non-official translation of the document released by the Thai Ministry of Agriculture (ACFS department) containing the guidelines that Thai farmers will follow to rear crickets in a safe, optimized, standardized way. This is the first Good Agriculture Practices (GAP) standard for cricket farming in the world and the implementation in Thailand has already started. Farmers are receiving training and their activity will be verified and registered. You can download
01-23-2018 | Fashion, Lifestyle, Trends
Bugsolutely
BELLA PUPA is 2017 FBIF’s Most Innovative Food
January 20, 2018 – Bugsolutely's Bella Pupa won the 2017 FBIF’s Most Innovative Food prize. Bella Pupa was voted number one out of a selection of 54 competitors from different categories, including diary, drink, snack and instant foods like Wangwang, Master Kang, Haoxiangni and Three Squirrels. "Bella Pupa is providing us with a new idea of eating insects, which is more acceptable for the public. It caught our eyes by