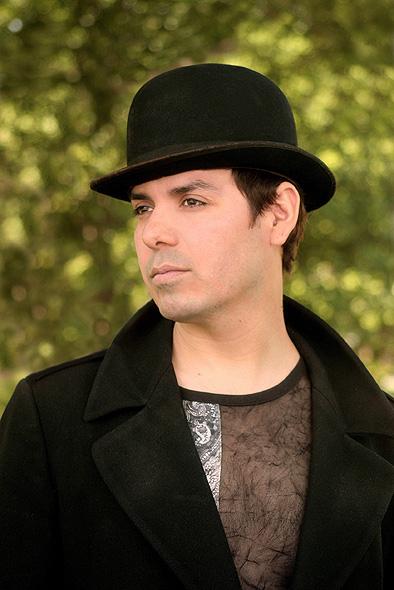 June 5, 2008 – San Antonio, TX – Rome Talent Agency presented a workshop entitled “Acting in Action” by multimedia entertainer Jade Esteban Estrada on Monday, June 2, 2008 at the John Igo Public Library in San Antonio, Texas. Estrada, who is the host of the 19th Annual South Florida GLAAD Media Awards set to air June 27 on Bravo, took time out of his tour schedule to give an a detailed workshop on auditioning and presentation skills for the working actor. The workshop also covered new trends in the entertainment industry.“The feedback I received from my talent was nothing less than exceptional. The information that Jade presented was invaluable and his professionalism was both impressive and contagious. He provided a great example of what a performer should be. We sincerely look forward to coordinating future workshops with him,” stated Annette Romo Schaefer, director of Rome Talent Agency in San Antonio, Texas. Estrada is a graduate of the American Musical and Dramatic Academy in New York and has appeared in several television shows including “30 Rock” on NBC. His diverse show business ties include television personality Charo, Tony award-winning actress Zoe Caldwell and the Back Street Boys. The Richmond Times-Dispatch calls him “a master entertainer.”“Jade has a wealth and depth of insight into people and characters that is rare. He communicates that knowledge well to his actors with a great sense of humor. Anyone having a chance to work with Jade is a lucky, lucky actor,” states Los Angeles-based actor Jonny Lewis, winner of the 2004 Award for Best Actor in a Short Film at the Denver International World Cinema Independent Film Festival. “It was great hearing the things Jade had to say. His professional knowledge was extremely insightful. Afterwards, all anyone could talk about was how beneficial hearing his talk was. He is really an extremely talented and smart individual,” stated Chris Sampayo of San Antonio Virtual Theatre.The Texas Motion Picture Alliance will sponsor an all-day workshop entitled “The Reel Deal with Jade Esteban Estrada – Part 2” on Saturday, November 8, 2008. For more information visit www.primadonnaproductions.com. For further information or to request high resolution artwork or an interview, please contact Greta Golding at vicariouspr@aol.com, call 646-342-8647 or visit www.getjaded.com.Vicarious New York 145 West 45th Street New York, New York 10036 www.getjaded.com 646-342-8647Vicarious Productions produces the national touring shows of actor/comedian Jade Esteban Estrada.