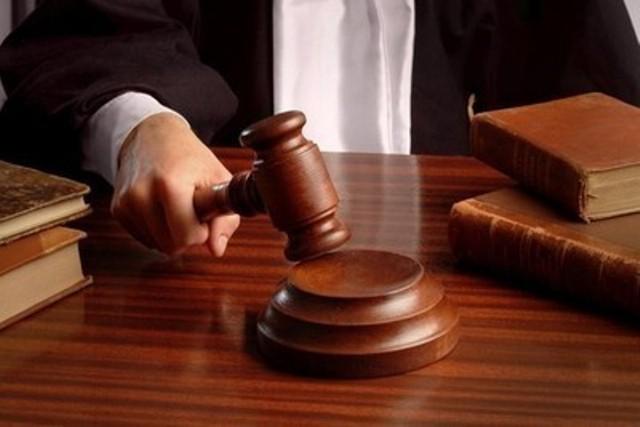 President Shavkat Mirziyoyev signed on February 21 the Decree ‘On Measures for Fundamental Structure Development and Efficiency Increase of the Judicial System of the Republic of Uzbekistan.’Upholding judicial democratisation and independence in securing human rights and interests, the Action Strategy 2017-2021 identifies access to justice, judicial efficiency and higher standards for justice hopefuls as the kernel of judicial reforms.The Decree, which is an important step for state policy in this sphere, establishes the Supreme Judicial Council in Uzbekistan. The council is called on to uphold judicial independence. It will be composed of a President-proposed and Senate-appointed Chairman, 20 President-approved judges, law enforcement workers, civil society representatives, and legal specialists. Thirteen of its members will work permanently, while the remaining 8 will work on a voluntary basis.The Council will in an open process form the judiciary from among the best specialists, to preserve judicial integrity and train judges.The council will, with the President’s approval, appoint and remove judges, except those of the Constitutional and the Supreme Courts and the top of the Military Court, Karakalpakstan’s Court, and the courts of regions and the city of Tashkent.The judicial legislation and independence research centre will be converted into the Justice Problem Research Centre under the Supreme Judicial Council.In an important step, the Supreme Court and the Supreme Economic Court were united into a single body to oversee civil, criminal, administrative and economic justice.The two courts working alongside each other failed to harmonise their work and led to a divergence of decisions on similar topics.The Decree forms a new public and administrative court system, to hold public officials and state bodies accountable in a process called judicial review.Until now, this process has been delegated to civil and economic courts, or, in the case of administrative wrongdoing, to criminal courts under the Administrative Code.Administrative proceedings will be held under the newly-proposed Laws ‘On Administrative Judicature’ and ‘On Administrative Procedures.’Existing economic courts will be revamped and new ones instituted on a district level, to streamline the judicial process and cut costs.A logistics department will be opened under the Supreme Court to help insulate courts’ finances and secure social packages for judges, as well as court employees.Military courts have been moved to the Supreme Court system, as being part of the Defence Ministry, an executive body, slightly compromised the judicial independence principle.ICT are introduced in the judiciary, and a respective Programme will be devised by the government.The changes will bring about amendments in some laws, including the Constitution, the Economic and Civil Codes, and the Law ‘On Courts’.The Decree sets out historic changes to modernise Uzbekistan’s judiciary under international standards. Source: UzReport.uzThe Embassy of the Republic of Uzbekistan is located at the heart of Berlin’s Tiergarten district... You can find more information by visiting our Website.Botschaft Usbekistan Perleberger Str. 62 10559 Berlin Tel.: 030 39409813 www.uzbekistan.de

09-11-2006 | Politics, Law & Society
The Embassy of Uzbekistan in Germany
Uzbek Cabinet Discusses New Tax Policy Concept For 2007
As has been reported, o­n August 11, 2006, the session of Cabinet of Ministers of the Republic of Uzbekistan was held in Tashkent. Session addressed the main approaches and directions of further improving the tax policy for the year 2007. Strategic priorities defined by President Islam Karimov and directed at ensuring sustainable economic growth, macroeconomic and fiscal balancing of economy and its certain spheres, as well as increasing the life standards
09-11-2006 | Politics, Law & Society
The Embassy of Uzbekistan in Germany
UNESCO head receives Uzbek university’s honorary doctor title
Director General of UNESCO Koïchiro Matsuura visited the University of World Economy and Diplomacy (UWED) in Tashkent on Friday, where he met the professors and students of the university. UWED rector Hamidulla Karomatov awarded UNESCO head with the title of the honorary doctor of the university. This title has been awarded to a number of noted politicians and statesmen, as well as leading scientists. While in the Uzbek capital, Koïchiro Matsuura visited the
05-29-2006 | Politics, Law & Society
Embassy of Uzbekisan in Berlin
Uzbek President's Book Presented in Kuwait
President of Uzbekistan Islam Karimov’s book “The Uzbek people will never depend on anyone” was presented at the Kuwait National University. The representatives of the Kuwait government, social and political figures, teaching faculty at the university, heads of diplomatic missions and members of Uzbek delegation led by the State adviser to the President of Uzbekistan Mr. Shukhrat Yovkochev attended the presentation. [in Uzbek] [in Russian]The Rector of the Kuwait
05-26-2006 | Business, Economy, Finances, B …
Embassy of Uzbekisan in Berlin
Uzbek president receives head of German business delegation
President of Uzbekistan Islam Karimov received chairman of Committee on Eastern European Economic Relations (Germany) Klaus Mangold at presidential resident Oqsaroy on 23 May. Uzbek leader pointed out, that Germany is one of the main trade and economic partners of Uzbekistan. \"Each your visit gives new rates to mutual cooperation,\" said Islam Karimov. \"The worthy fact, that this time the delegation, which you head, include young businessmen as well.\" During
Comments about openPR
OpenPR is clearly structured and remains true to its principle of confining itself to the essential parts. OpenPR has proven to be a very good and reliable partner to our media agency: Within the shortest time the releases are online and go down well with the media representatives. The success of OpenPR is reflected in the steadily increasing number of press releases. It is good that OpenPR exists!
Ursula Koslik, Director Marketing & PR, F+W Hamburg