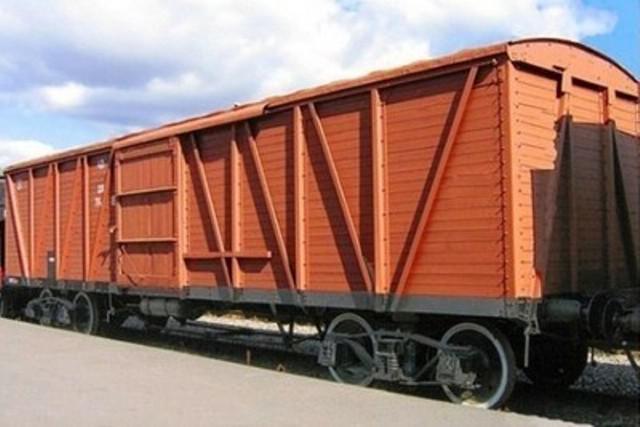 The National press center of Uzbekistan held a press-conference devoted to the results of social-economic activity of JSC Uzbekiston Temir Yullari in 2016 and the development plans for 2017. The event brought together the representatives of governing joint-stock companies, organizations and enterprises of the industry, heads of relevant departments and media representatives.In the reporting period, Uzbekiston Temir Yullari has fulfilled all its main tasks in the railway sector. In particular, in 2016 the railway stations carried 68 million tons of cargo. The expected results were achieved also in passenger traffic, which made up 104.4%. Some 21.1 million people have arrived in their destinations.The company paid particular attention to export of services, which in the reporting period were provided for a total amount of $369 millionSince the beginning of the year, industrial enterprises of the company produced goods at comparable prices for the sum of 422.5 billion soums.In order to ensure employment of the population of our country and job creation, Uzbekiston Temir Yullari for the last period created 2277 new jobs. To date, the number of railway workers across the whole company is approximately 70 thousand.Source: UzReportThe Embassy of the Republic of Uzbekistan is located at the heart of Berlin’s Tiergarten district... You can find more information by visiting our Website.Botschaft Usbekistan Perleberger Str. 62 10559 Berlin Tel.: 030 39409813 www.uzbekistan.de

05-07-2018 | Logistics & Transport
Orbis Research
Global Smart Railways Strategic Business Report 2018: Smart Railways Tackle Dema …
This report studies the global Smart Railways market status and forecast, categorizes the global Smart Railways market size (value & volume) by manufacturers, type, application, and region. This report focuses on the top manufacturers in North America, Europe, Japan, China, and other regions (India, Southeast Asia, Central & South America, and Middle East & Africa). The global Smart Railways market is valued at xx million US$ in 2017 and is expected
10-31-2017 | Industry, Real Estate & Constr …
QYResearchReports
Global Railways Management System Market 2022 - Growth after 2017
Qyresearchreports include new market research report Global Railways Management System Market Size, Status and Forecast 2022 to its huge collection of research reports. This report on the global Railways Management System market has been developed by a selected group of professional market research analysts, with a solitary goal to present the existing scenario of the market for Railways Management System and shed light on its growth prospects. The report targets audiences
10-30-2017 | IT, New Media & Software
Future Market Insights
Smart Railways Market APEJ is the Largest & Fastest Growing Segement
Global smart railways market revenues are projected to increase from US$ 17.6 Bn in 2016 to US$ 159.6 Bn in 2025. Asia Pacific excluding Japan will be the largest market for smart railways, followed by North America and Western Europe. Increasing government support in railways, growing urbanisation, and increasing emphasis on security & convenience of travellers will continue to drive smart railway market growth during the forecast period. While the outlook
10-26-2017 | Advertising, Media Consulting, …
future market insights
Smart Railways Market: Analysis and Forecast by Region
Adoption of innovative technologies is gaining traction in the railway sector, as governments look to offer hassle-free and efficient transport services. From ergonomic station design to ticketless travel, incorporation of smart technologies and solutions promises a massive transformation. In terms of valuation, the global smart railway market is projected to reach US$ 160 Bn in revenues by 2025, a staggering increase from US$ 17.6 Bn in 2015. The key trends that
09-27-2017 | Science & Education
REPORTSANDMARKETS
Wheels & Axles for Railways Market
Wheels & Axles for Railways Wheels & Axles for Railways studies the Wheels & Axles for Railway market, A rail wheel is a type of wheel specially designed for use on rail tracks. A rolling component is typically pressed onto an axle and mounted directly on a rail car or locomotive or indirectly on a bogie, also called a truck. Wheels are cast or forged and are heat-treated to have
01-15-2014 | Logistics & Transport
RZD Logistics
Russian Railways Logistics delivers confectionery to CIS
Saint-Petersburg, January 14 - Russian Railways Logistics (RZDL) started LLC Chipita Saint-Petersburg confectionery delivery to Kazakhstan and Turkmenistan. In the framework of this project RZDL provides a full range of logistics services including truck forwarding to the loading station, terminal handling and repackaging, consigner services and timely delivery to the final consignee. The first confectionery batch was dispatched in December 2013 in cooperation with the Directorate of terminal and warehouse complex
Comments about openPR
OpenPR is clearly structured and remains true to its principle of confining itself to the essential parts. OpenPR has proven to be a very good and reliable partner to our media agency: Within the shortest time the releases are online and go down well with the media representatives. The success of OpenPR is reflected in the steadily increasing number of press releases. It is good that OpenPR exists!
Ursula Koslik, Director Marketing & PR, F+W Hamburg