Uzagroexport Company has scheduled exporting more than 1.27 million tons of fruits and vegetables in 2017 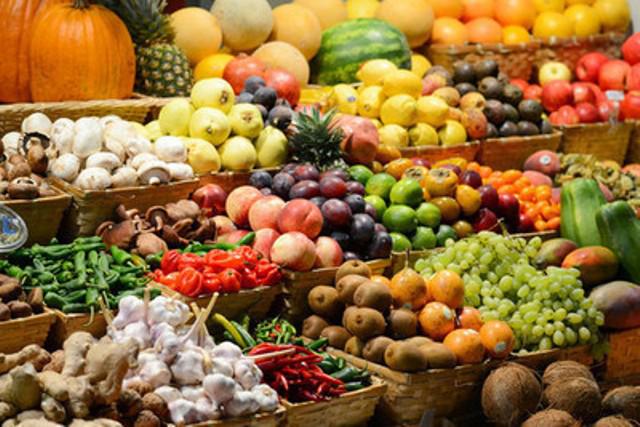 Uzagroexport Company has scheduled exporting more than 1.27 million tons of fruits and vegetables in 2017

This year, Uzbekistan will continue scaling up exports of fresh and processed fruit and vegetable products. According to experts, the implementation of specific measures and programs on expansion of fruit and vegetable production, as adopted late last year, will ensure the further growth of deliveries to neighboring countries, the CIS, Europe and Asia, and provide access to new markets.In 2016, Uzbekistan adopted more than a dozen legal acts to increase the volumes of fruit and vegetable exports, and create favorable conditions for suppliers. This has contributed to a significant increase in shipments abroad. In 2016, Uzbek enterprises exported 818,500 tons of fruits and vegetables, which is 38.3% more YOY. In particular, they exported 242,100 tons of vegetables (with 29.6% of specific share in total exports), 229,600 tons of fruits (28%), 6,800 tons of melons (0.8 %), 96,200 tons of grapes (11.7%), 120,200 tons of legumes (14.7%), and 124,500 tons of dried products (15.2%).A total of 65 kinds of fruits and vegetables were exported. In this context, the main volumes in value terms fell on cherries (14.4%), dried grapes (12.8%), apricots (7.63%), fresh grapes (7.57%), mung peas (6.91% ), tomatoes (6.86%), beans (6.51%), greenery (5.65%), peaches (4.11%) and persimmon (3.96%).Fruits and vegetables were exported in 43 countries in the world, while the map of exports has expanded by 9 new countries last year: canned capers were delivered to Spain and Italy for the first time, walnuts - to Lebanon, dried grapes – to Vietnam and Israel, dried vegetables – to Belgium, grapes and melons – to Switzerland, dried apricots – to the Netherlands, grapes and dried fruits – to the Czech Republic.The progress allowed Uzbekistan to rank 48th among the largest exporters of fruits and vegetables last year.The Extraordinary and the First International Fruit and Vegetable Fairs in July and November 2016 have played a pivotal role in the promotion of domestic products. More than 300 representatives of ministries, departments, organizations and trading, logistics and agricultural companies from 33 countries took part in the latter event.The fairs were a platform for business meetings with representatives of foreign companies and partners, signing supply contracts for fresh and processed fruit and vegetable products with the largest Russian companies Tander and X5 Retail Group. The total value of contracts concluded in the First International Fruit and Vegetable Fair exceeded $1 billion.Active launch of trading houses abroad is another landmark moment of the last year to highlight. Uzagroexport opened five trade houses in partnership with Russia’s major wholesale companies, and two - in the Republic of Kazakhstan. Uzbekistan signed an agreement on the establishment of a trading house in Novosibirsk in order to organize supplies of fruit and vegetable products to the Siberian Federal District.Uzbekistan is completing the works on the opening of trading houses in India, Germany, Poland, Latvia, the United Arab Emirates and the Republic of Belarus as part of expanding its export map. Trading houses in these countries will be registered by the end of 2017 and will start operation.Talks are currently underway on opening of joint trading houses in Kuwait, Oman, Japan and the Republic of Korea, which would also diversify the outlets. These markets show the high demand in cherries, melons, pomegranates, apricots, beans, walnuts, peanuts, dried fruit, and legumes.Uzbekistan has recently addressed the issue of delivery of legumes, and mung peas in particular, to the new market of India. In the fourth quarter of 2016 a pilot batch of 1,700 tons worth more than $1.1 million was shipped to the Indian companies.Source: «Uzbekistan Today» newspaperThe Embassy of the Republic of Uzbekistan is located at the heart of Berlin’s Tiergarten district... You can find more information by visiting our Website.Botschaft Usbekistan Perleberger Str. 62 10559 Berlin Tel.: 030 39409813 www.uzbekistan.de

You can edit or delete your press release Uzagroexport Company has scheduled exporting more than 1.27 million tons of fruits and vegetables in 2017 here

02-22-2017 | Politics, Law & Society
The Embassy of the Republic of Uzbekistan in Germany
Uzbek judiciary to undergo improvement
President Shavkat Mirziyoyev signed on February 21 the Decree ‘On Measures for Fundamental Structure Development and Efficiency Increase of the Judicial System of the Republic of Uzbekistan.’ Upholding judicial democratisation and independence in securing human rights and interests, the Action Strategy 2017-2021 identifies access to justice, judicial efficiency and higher standards for justice hopefuls as the kernel of judicial reforms. The Decree, which is an important step for state policy in this
09-11-2006 | Politics, Law & Society
The Embassy of Uzbekistan in Germany
Uzbek Cabinet Discusses New Tax Policy Concept For 2007
As has been reported, o­n August 11, 2006, the session of Cabinet of Ministers of the Republic of Uzbekistan was held in Tashkent. Session addressed the main approaches and directions of further improving the tax policy for the year 2007. Strategic priorities defined by President Islam Karimov and directed at ensuring sustainable economic growth, macroeconomic and fiscal balancing of economy and its certain spheres, as well as increasing the life standards
09-11-2006 | Politics, Law & Society
The Embassy of Uzbekistan in Germany
UNESCO head receives Uzbek university’s honorary doctor title
Director General of UNESCO Koïchiro Matsuura visited the University of World Economy and Diplomacy (UWED) in Tashkent on Friday, where he met the professors and students of the university. UWED rector Hamidulla Karomatov awarded UNESCO head with the title of the honorary doctor of the university. This title has been awarded to a number of noted politicians and statesmen, as well as leading scientists. While in the Uzbek capital, Koïchiro Matsuura visited the
05-29-2006 | Politics, Law & Society
Embassy of Uzbekisan in Berlin
Uzbek President's Book Presented in Kuwait
President of Uzbekistan Islam Karimov’s book “The Uzbek people will never depend on anyone” was presented at the Kuwait National University. The representatives of the Kuwait government, social and political figures, teaching faculty at the university, heads of diplomatic missions and members of Uzbek delegation led by the State adviser to the President of Uzbekistan Mr. Shukhrat Yovkochev attended the presentation. [in Uzbek] [in Russian]The Rector of the Kuwait
05-26-2006 | Business, Economy, Finances, B …
Embassy of Uzbekisan in Berlin
Uzbek president receives head of German business delegation
President of Uzbekistan Islam Karimov received chairman of Committee on Eastern European Economic Relations (Germany) Klaus Mangold at presidential resident Oqsaroy on 23 May. Uzbek leader pointed out, that Germany is one of the main trade and economic partners of Uzbekistan. \"Each your visit gives new rates to mutual cooperation,\" said Islam Karimov. \"The worthy fact, that this time the delegation, which you head, include young businessmen as well.\" During
Comments about openPR
9 o'clock: discuss press release with client, 10 o'clock: submit release to openPR, within the briefest possible time release is published and displayed in a prominent place on openPR.de. I am thrilled!
Zehra Spindler, Calypso Now! - Communication Agency