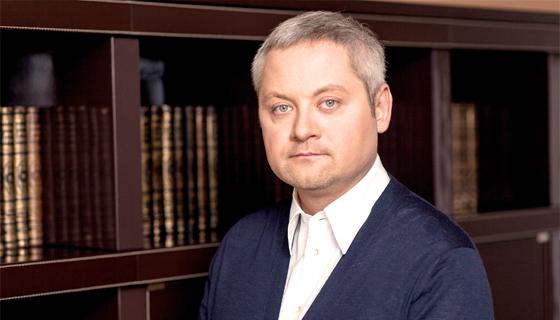 Few days ago, web-site Metrocosm has published the world map of migration – as of now, all available data on who moved where can be accessed in the real time. Almost 300 thousand people have left Ukraine in five years from 2010 to 2015: this data gave a new impulse to the discussion that is being ravaging in Ukrainian social networking segment and printed media for the past two weeks.Honestly speaking, I don’t have a simple answer on whether the migration is #zrada (#зрада) or #peremoha (#перемога) for Ukraine. Having lived behind the “iron curtain”, even if not for longtime, I consider the freedom for everyone to choose where to put a coma in “to leave impossible to stay” to be an unconditional good. For the people of young and even middle age it is no longer a problem to go working or studying abroad. Furthermore, they could have absolutely different reasons for this – from downshifting to greater self-realization. Giving modern connectivity technologies and high-speed Internet, the physical location it is no longer an issue – whether in Ukraine or on Bali. According to the recent report «IT Ukraine. IT services and software R&D in Europe’s tech nation», there are almost a thousand Ukrainian IT-companies and 90 thousand software developers that are being contracted by the wide range of agents in information technologies sector. On the other hand, no less than 100 global companies, specialized in IT, e-commerce, software development and gaming industry have their R&D facilities in Ukraine. Talented scientists, wanted specialists and successful companies are fully integrated into the global society.One can argue as much as he wants about the “brains’ outflow”, but this process couldn’t be stopped. The knowledge has always been disseminated over the State boundaries and political regimes, long before the invention of the Internet. Nevertheless, I see there a problem too. It is because of its flexibility that the globalized economy, built on the network concept, can function “bypassing” the whole territories and social groups, marked as unproductive ones and though excluded from the global processes. “Unproductive” people and institutions haven’t moved anywhere, but they are the internal migrants. Unseen by the business, uninteresting to the investors. Modern Ukraine is reproducing such an “internal migration”, and what is more shocking – in the sphere that has to be the most open one – science and innovations. In the end of November I participated in conference entitled “United by innovations”. It reunited academy scientists, young start-uppers and business representatives. Everybody has been speaking about their “sectorial” problems, but the discussion ended with emergence of a “big picture”: the scientists do not comprehend the business logic and don’t see the need to commercialize their inventions; the business is not interested in science, being not ready for the “long” investments. The scientists are being isolated from the global context while the business is not aware about the possibilities of Ukrainian innovators and seeks to buy foreign technologies, not always being the newest and the most effective ones. This is the vicious cycle.In my opinion, to breach this cycle is to make a serious step towards Ukrainian integration into the global innovative cluster. But before we have to do our “homework”, meaning the liquidation of the internal migration, when the main subjects of innovative process are literally “living in different worlds”. It is only by operationalizing the links within the country that we would be able to make a unique offer to our partners from all-around the world. It is useless to fence from the global processes, but it would be useful to become an interesting and productive nation."Initiative for the Future" – is a Ukrainian Charity Foundation, founded by Igor Iankovskyi – a successful Ukrainian businessman, financier and philanthropist. Charities unite like-minded people in a common goal - to develop and implement educational and cultural programs in Ukraine. Activities of the organization are based on voluntary initiatives.Since its creation, the Foundation supports talented young people from all over Ukraine, contributing to the creation of a highly cultured society. The Foundation has a strong international dimension, having successfully completed a range of projects abroad: in Belgium, Hungary, Czech Republic, Estonia, France, Germany, Netherlands, Poland, United Kingdom and the USA.12, Amosova Street, build. 1, “Horizont Park” Business Center, Kiev, 03680, Ukraine

You can edit or delete your press release IGOR IANKOVSKYI: OVERCOMING THE INTERNAL MIGRATION here

06-23-2017 | Arts & Culture
Igor Iankovskyi Foundation
IGOR IANKOVSKYI AWARDED THE FINALIST OF THE VTH UKRAINIAN CHILDREN'S DRAWING CON …
At June 17, 2017 in the Ukrainian House on Khreschatyk was awarding ceremony for the participants and winners of the anniversary Vth All-Ukrainian children drawing competition "UKRAINE – THE LAND OF TALENTS". The biggest Ukrainian children's creative competition for the fifth consecutive year, held at the initiative and financial support of the Igor Iankovskyi Foundation "Initiative for the Future", each involving the creative process hundreds of the talented children from
06-09-2017 | Arts & Culture
Igor Iankovskyi Foundation
Igor Iankovskyi Foundation and Ukrainian State Film Agency have successfully con …
On the first week of June, Igor Iankovskyi Foundation, NGO “Initiative for the Future” and Monegasque Association Helping Hand, along with Ukrainian State Film Agency and Italian company 4RoomsFilm, have organized and successfully conducted “Days of Ukrainian Cinema in Roma”, for the first time in history of independent Ukraine. Italian public and representatives of numerous Ukrainian diaspora could enjoy: “The Nest of the Turtledove” by Taras Tkachenko, “Living Fire” by Ostap
04-20-2017 | Arts & Culture
Igor Iankovskyi Foundation
IGOR IANKOVSKYI FOUNDATION SHALL CONDUCT SECOND BUSINESS-LUNCH «MEET UKRAINIAN …
Anniversary 70th edition of the Cannes International Film Festival will take place from 17th to 28th of May 2017 in France. This year Ukraine will be represented by its own pavilion at the professional platform - Marché du Film, jointly organized by the Ukrainian State Film Agency, «Molodist» KIFF, Ukrainian Cinema Association, Producer Association of Ukraine and National Charity Foundation of Igor Iankovskyi «Initiative for the Future». On the 21st of
04-07-2017 | Science & Education
Igor Iankovskyi Foundation
Igor Iankovskyi about the nine Ukrainian start-ups for responsible people
Internet of things (or IoT) is one of the most promising directions in technology. Commercial success of the majority of such start-ups proves: the innovations become closer. If in the XXth century the new technologies were strongly associated with “great projects” – discovery of space or nuclear synthesis, in the XXIth century the inventions are being tailored to human size. “Smart” gadgets and mobile applications help people to make the