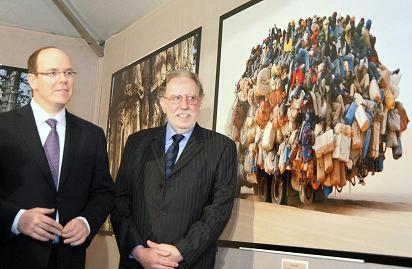 At the instigation of H.S.H. Prince Albert II, the Prince’s Government has significantly increased its efforts within the area of Official Development Assistance.The Office of International Cooperation and Development, having made the fight against poverty a priority area for intervention, chiefly carries out such action in two regions of the world: the Mediterranean and Sub-Saharan Africa.In 2008, over 85 projects have been scheduled in 20 partner countries.In this respect, a partnership was set up in 2006 with the NGO SOS SAHEL to undertake joint programmes to enable access to drinking water and sanitation in Mali and Burkina Faso.For 30 years, SOS SAHEL has pursued the same goals as those of the Monegasque Cooperation: to combat desertification and protect the environment, to enable as many individuals as possible not only to survive but to enjoy a reasonable quality of life, to facilitate access to drinking water and healthcare.For the 10th special session of the United Nations Environment Programme (UNEP) Governing Council which is being held in the Principality from 19th to 22nd February 2008, the Office of International Cooperation and Development was keen, through the admirable work carried out by SOS SAHEL and the photographer Roberto Neumiller, to place the spotlight on the Sahelian populations that live in a delicate balance with nature and who today in the face of environmental disorders such as climate change and the encroachment of the desert are one of the most threatened people.From 19th February to 2nd March 2008, the Larvotto Esplanade is hosting the exhibition “SAHEL, Man confronted with the Desert”, in addition to photographs from the Office of International Cooperation and Development so as to raise public awareness of its action throughout the world.Mandoga Media Alexander Sandvoss Residence Beausjour 06240 Beausoleil France info@Mandoga.comMandoga Media is a german speaking Media Office, which provides Press Releases, Photographs and Broadcast Video Footage from Central Europe.

05-09-2022 | Industry, Real Estate & Constr …
Market Insights Reports
Engines Market Analysis, Enterprises, Report by Key players [ FCA US LLC, DEUTZ, …
Latest Study on Industrial Growth of Engines Market 2022-2029. A detailed study accumulated to offer Latest insights about acute features of the Engines market. The report contains different market predictions related to revenue size, production, CAGR, Consumption, gross margin, price Its Future Characteristics including key issues and challenges, drivers, Vendors and Several Stakeholders and other substantial factors. While emphasizing the key driving and restraining forces for this market, the report also
04-12-2022 | Health & Medicine
Venkateshwara Group
A Visionary Man Dr Sudhir Giri
Dr Sudhir Giri a renowned name in the Education fraternity is the founder President of Venkateshwara Group, India's leading Education Group comprising 11 Universities in India and Abroad, 20 Institutions, 2 Medical Colleges, Higher Education Institutions, and Schools. Under the Education Group, more than 2000 Regular/Visiting Faculties & 50000+ students from all parts of India are getting the education at the most affordable cost. His educational Credentials are A.M.I.A.E., MBA,
01-31-2020 | Fashion, Lifestyle, Trends
Society of Single Professionals
Man Swap
For Immediate Release Contact: Tom Andrews, 415/507-9962 MAN SWAP Single women are invited to swap the finest bachelors they know, with whom they are NOT romantically involved (brothers, fathers, sons, co-workers, ex-husbands, etc.), Saturday, February 22, 2020, 7pm, at The Vinyl Room, 221 Park Road, Downtown
10-25-2018 | Advertising, Media Consulting, …
Thorsten Distler Creative Translations Sports and Games
Man vs. Machine
Machine translation systems: hard-working little helpers Machine translation systems and CAT tools both have their purposes, applications – and limitations. In the following sections, we will briefly explain the differences in addition to the possible uses of machine and machine-supported translation. The general rule of thumb is: the more creative, emotional, inspiring and fluid a text is, the less a computer can help. Machine translation (MT) So far, no robots have taken their place
10-02-2017 | Fashion, Lifestyle, Trends
The Idle Man
The Idle Man AW/17 Lookbook
The Idle Man goes from strength to strength, in the past 3 months alone the brand has: - Grown to 2.5m monthly users. - Launched a U.S. specific website. - Created a dedicated grooming section in partnership with BEAST grooming.- - Expanded an already flourishing own label offering to include 450 lines for AW17. For Autumn Winter the brand is taking advantage of the way in which the rigidity of fashion is diminishing, our
01-11-2011 | Business, Economy, Finances, B …
Going to the Sun Marketing
An Officer and a Marketing Man
Whether it’s supplying U.S. warships with the equipment they need to defend our country, or providing companies with the tools to succeed in business, it’s all just another day at the office for Michael Moffitt, president of Going to the Sun Marketing. Moffitt began his marketing firm six years ago after retiring as a naval supply officer, but not before stints as a business consultant and marketing director for several major
Comments about openPR
Your portal is fast, simple, and easy to use. Others may have more functions but they also demand more editing time, you have to preformat the text in order to achieve a good result etc. I think openPR is really fantastic!
Andreas Knepper, wallmedien AG