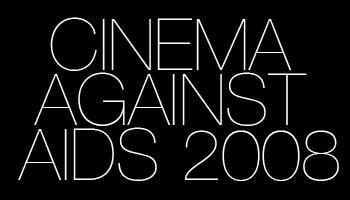 Madonna, Sharon Stone, Harvey Weinstein, Michelle Yeoh, Michel Litvak, Carine Roitfeld, Caroline Gruosi-Scheufele, and amfAR Chairman of the Board Kenneth Cole will serve as chairs of amfAR’s Cinema Against AIDS, to be held on May 22 during the 61st annual Cannes International Film Festival. The evening will be presented by Bold Films, Chopard, and the Weinstein Company. The annual star-studded event, which will benefit amfAR, will take place at Le Moulin de Mougins and will include a formal dinner, along with amfAR’s world-renowned live auction. In addition, this year’s event will feature a short clip of I Am Because We Are , the Madonna-produced and -narrated documentary about children orphaned by AIDS in Malawi.The full screening of I Am Because We Are is scheduled to take place the evening before, May 21, in Cannes and will be associated with amfAR’s Cinema Against AIDS event. Madonna's long history with amfAR began in 1992 when she received the Foundation’s Award of Courage.Harvey Weinstein and Sharon Stone, tireless advocates for AIDS research and amfAR, will conduct the highly anticipated live auction with the assistance of several of the event chairs and other celebrities who will be present. In past years, the auction has seen legendary impromptu performances by Sir Elton John, Robin Williams, Natalie Cole, Liza Minnelli, Sheryl Crow, Ringo Starr, Macy Gray, Milla Jovovich, and Lionel Ritchie. Last year’s live auction raised $4 million, bringing the evening’s fundraising total to $7 million.amfAR's annual Cinema Against AIDS galas have been important and successful fund-raising events for the Foundation since 1993, generating more than $33 million for essential AIDS research. Past events have been hosted by Dame Elizabeth Taylor, Sharon Stone, Demi Moore, and Sir Elton John.Like the epidemic itself, AIDS research knows no borders. amfAR’s programs have had a global reach since 1986, when the Foundation began awarding international grants. Today, amfAR continues to fund HIV/AIDS researchers worldwide and works to translate that research into effective treatment, prevention, and education programs around the globe.For event reservations and details, please call (212) 219-0297 or visit www.amfar.org.Media Contact: Bennah Serfaty, Senior Dir. Communications (212) 806-1607. amfAR 120 Wall Street, 13th Floor New York, NY 10005-3908 (212) 806-1600 (tel) (212) 806-1601 (fax)Founded in 1985, amfAR is dedicated to ending the global AIDS epidemic through innovative research. With the freedom and flexibility to respond quickly to emerging areas of scientific promise, amfAR plays a catalytic role in accelerating the pace of HIV/AIDS research and achieving real breakthroughs. amfAR-funded research has increased our understanding of HIV and has helped lay the groundwork for major advances in the study and treatment of HIV/AIDS. Since 1985, amfAR has invested $260 million in its mission and has awarded grants to more than 2,000 research teams worldwide

04-07-2011 | Fashion, Lifestyle, Trends
Mandoga Media
Golden Pen of H.S.H. Prince Albert of Monaco to be auctioned at Ebay
A german private Collector is auctioning the golden, personal Pen of H.S.H. Prince Albert of Monaco at Ebay Germany. The Collector from the South of Germany bought the Pen himself at a Charity Auction in December 2003 in Monte Carlo. The Pen is named “Prestige Rainier III”, thus a Hommage to H.S.H. Prince Rainier, who died in 2005. The Pen is made from 18 Carat White Gold and contains 4 Rubies
05-05-2008 | Sports
Mandoga Media
A1GP 2008/09 Season opener to be held in Italy
A1GP World Cup of Motorsport has confirmed the first race of the 2008/09 season will be held at the Mugello circuit in Italy on 21 September 2008. The A1GP organisers have taken this opportunity at the start of 2007/08 championship finale at Brands Hatch, when there is a large media focus on the series, of announcing a brand new venue for the start of Season Four. It will be the
03-19-2008 | Associations & Organizations
Mandoga Media
Monaco Humanitaire 2008, a Photographic Exhibition at the Grimaldi Forum
Monaco Humanitaire 2008 is a Monegasque association set up for the organisation of a photographic exhibition in order to illustrate the humanitarian action carried out globally by the Principality of Monaco over the past fifty years. This significant humanitarian involvement, highlighted by prominent international photographers including Duncan Willets, Nick Danziger, Patrick de Wilde and others, in addition to local photographers, will be showcased to the public on the occasion of H.S.H.
03-17-2008 | Tourism, Cars, Traffic
Mandoga Media
Luxury luggage Systems by HANK exhibit at TOP MARQUES MONACO 2008
To create a travelling system from scratch to the individual desire of each client- that is HENK. HENK is about a dream- to create an extremely strong yet exceptionally light case which would not only be functional and very comfortable, but also a real eye-catcher. It started with intensive research outside the narrow field of suitcase design to see what there was to learn from Formula One and aircraft technology. The

01-17-2019 | Advertising, Media Consulting, …
Coherent Market Insights
New Technologically Advanced and Customizable Hearing Aids Fuel the Growth of He …
Major players such as Sivantos Inc., Sonova Holding AG are focusing on product development and innovation to expand their sales network in emerging economies. For example, Sivantos Inc. has launched products with features such as Bluetooth connectivity, slick design, binaural listening technology, and customizable size as per user need. Also, in case of in-the-ear type of hearing aids, they provide features such as noise cancellation, vent for optimal ear ventilation. Request
05-15-2018 | Health & Medicine
The Insight Partners
Hearing Aids Market 2018-2025: by Products (Bone-Anchored Systems, Canal Hearing …
Hearing aid is a medical device used to amplify the sound so that the person can clearly hear. Various hearing aids products available in the market are bone-anchored systems, canal hearing aids, in-the-ear (ITE) hearing aids, cochlear implants, behind-the-ear (BTE) hearing aids, and receiver-in-the-ear (RITE) hearing aids among others. Technological advancements in hearing aids and rising incidences of hearing problems across the global population are the major drivers which are likely
07-18-2017 | Health & Medicine
business newss
Food Vacuum Sealers Market 2017 -Nesco, Henkelman, Packaging Aids, Promarks Inc, …
Global Food Vacuum Sealers Market Report 2017 provides detailed analysis of Food Vacuum Sealers market, enclosing detailed study of Food Vacuum Sealers market for last few years and forecast up to year 2022. The Food Vacuum Sealers market report analyses the global Food Vacuum Sealers market from different angles to understand various factors impacting the global Food Vacuum Sealers market. The reports enlightens the user with various applications, product type, end
12-08-2016 | Health & Medicine
EAC Network
M·A·C AIDS Fund and EAC Network Spread Holiday Cheer to People Living with HIV …
M·A·C Cosmetics’ employees joined EAC Network and prepared holiday meals for people with HIV/AIDS for World Aids Day on December 1st. The group volunteered on behalf of the M·A·C AIDS Fund, which provides grants and support to programs that perform vital services for those living with HIV/AIDS. EAC Network’s Nutrition Education and Food Services improves the lives of individuals living with HIV/AIDS through nutrition education and healthy food. The program runs the
09-13-2016 | Advertising, Media Consulting, …
Intense Research
Global Hearing Aids Market 2016: Digital hearing aids, Analog hearing aids
A hearing aid is an electronic device that amplifies the sound resulting in the production of clear sound for the user. These are largely deployed for people who suffer from hearing loss and impairment. The global Hearing aids market is gaining popularity owing to the rising technological innovations and increased demand for aesthetic designs of the devices. While the market is considered to be influenced by factors such as technological
12-02-2010 | IT, New Media & Software
First Colo GmbH
First Colo GmbH supports the fight against AIDS – World AIDS Day 2010
Munich, 01.12.2010 The First Colo GmbH supports the association Rainbow e.V. and the advertising agency “Philipp und Keuntje GmbH”. Occasion for this action: the World AIDS Day 2010 on December, 1st. In collaboration with many sponsors a project called "Cock Out" originated successfully. Alongside an extensive information web site, several video spots have been aired already, primarily provocative – matching with the topic’s message “Anti-Aids”! Protect yourself and help us: every 15
Comments about openPR
OpenPR ist the nicest and most clearly laid out PR platform I have seen to this day. The press releases are displayed very nicely and clearly and without any unnecessary frills. The updates are fast and the finished release looks appealing and is clearly legible. Even with 16 years of experience one discovers new things from time to time. Congratulations!
Gabriele Ketterl, Director Marketing & PR, Menads