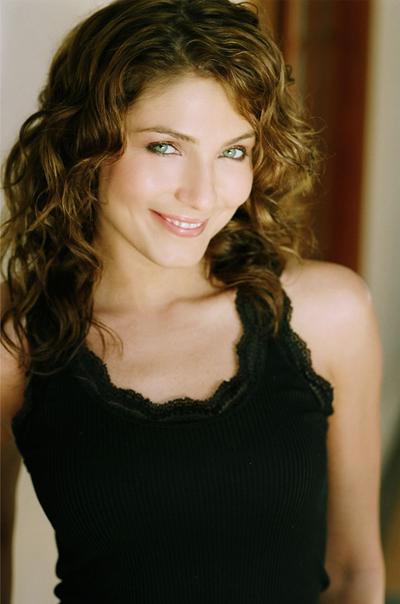 The Sarcoma Foundation of America (SFA), a nonprofit charitable organization dedicated to increasing sarcoma related research, in the hope of finding new and better therapies for sarcoma patients, today announced that actress and model Marisa Petroro has become their 2008 spokesperson.Sarcoma is a rare cancer in adults, about 1% of all adult cancers, but is rather prevalent in children, almost 15- 20% of all childhood cancers. It’s made up of many "subtypes" because it can arise from a variety of connective tissue such as nerves, muscles, joints, bone, blood vessels and fatty tissue. Since these tissues are found everywhere on the body, sarcomas can occur anywhere. A cancer survivor of a subtype called Rhabdomyosarcoma (a rare childhood cancer that affects the muscles), Petroro was chosen to be the 2008 spokesperson because she understands the battle that sarcoma patients go through during treatment and her celebrity will provide a national face and voice for the cancer.“There are over 50,000 people living with sarcoma who are greatly underserved. About 10,000 new cases are diagnosed each year and about 5,000 die each year from sarcoma. More attention and support must be brought to those fighting this battle,” said Petroro. Petroro will be participating in a variety of events and programs throughout the entire year to fulfill her responsibilities. Currently the organization is planning their annual fundraising gala that will take place on May 5th in New York City at 583 Park Avenue. Acting as master of ceremonies, Petroro will host the evening which features Bob Woodruff of ABC presenting SFA’s Leadership in Courage Award.“We are delighted to have Marisa be the voice of SFA this year. Together we look to bring more awareness and education to the public and medical world,” said Matt Alsante, executive director of SFA. “With her help, we hope that future generations don’t have to face the same dreadful realities confronted by thousands of patients and families today.”Civilia Public Relations 1100 Glendon Ave. 17th Floor Los Angeles, CA 90024 Anthony Murillo Managing publicist anthony@civiliapr.com (310) 689-7581Civilia (www.civiliapr.com) is about the arts and artists, entertainment and culture, consumer and lifestyle brands — essentials for life away from work. In addition to high professional standards, strong media relationships and a great attitude, Civilia brings a bit of science to the art of PR. Agency teams apply sophisticated communications analytics and online tools developed by Atomic Communications (www.atomicpr.com) to generate smarter strategy, bigger creative thinking, stronger relevance to journalists and bloggers and greater impact for our clients.

01-25-2008 | Leisure, Entertainment, Miscel …
Civilia Public Relations
Irish Actor, Kevin J. Ryan, to be in NBC’s Days of our Lives
Kevin J. Ryan, Irish-born actor, announced today that he will be appearing in the Emmy Award-winning daytime drama “Days of our Lives.” His American TV debut will be on January 30, 2008 and marks the latest role he has booked since moving to Los Angeles. Kevin plays an Irish bodyguard who was called on to protect Colleen Brady (Shirley Jones). His is an integral character as the story travels to

01-22-2009 | Associations & Organizations
Sarcoma Foundation of America
Marisa Petroro named 2009 Spokesperson for The Sarcoma Foundation of America
Currently, there are about 50,000 people living with sarcoma. Roughly half of who are children. Assisting these patients in their battle is the Sarcoma Foundation of America (SFA), an organization dedicated to increasing sarcoma related research in the hope of finding new and better therapies. In an effort to raise awareness, the SFA today announced that Marisa Petroro will be their 2009 spokesperson to shed needed light on their committed
08-07-2007 | Leisure, Entertainment, Miscel …
Actress Marisa Petroro
New Jersey Native, Marisa Petroro, to Receive “Woman of the Year” Honor
Los Angeles, CA…August 6, 2007…Marisa Petroro, an actress whose star is quickly on the rise, will be honored as “Italian-American Woman of the Year” by The Center for Italian and Italian-American Culture in her home state of New Jersey. The black-tie gala will be held on Saturday, September 22, 2007 at The Villa, in Mountain Lakes, at 7 p.m. and includes honoring other notable Italian-American individuals. Famous as Deal or
06-28-2007 | Leisure, Entertainment, Miscel …
One Day Like Rain - A Paul Todisco Film
One Day Like Rain World Premiere Receives Big Welcome at 33rd Seattle Internatio …
Los Angeles, CA…June 26, 2007…On June 15th, 2007, in what some Seattlites are calling this year’s fan-favorite, “One Day Like Rain,” a film by Paul Todisco, makes huge a impact at the 33rd Seattle International Film Festival (SIFF). “I was overwhelmed by all of the support,” said Todisco. “It was the perfect city to birth my story and film.” Emotion was all over Todisco’s face that Friday evening as he looked at
05-24-2007 | Leisure, Entertainment, Miscel …
Atomic Public Relations
'One Day Like Rain' Makes World Premiere in Seattle
Los Angeles, CA…May 24, 2007…”One Day Like Rain,” a Paul Todisco film, will make its World Premiere on June 15th, 2007 at the 33rd Seattle International Film Festival (SIFF). “One Day Like Rain” is a mystical coming-of-age story set in American suburbia. Driven by a desire for meaning and to channel her teenage angst, Gina (Figura) devises a metaphysical experiment designed to save humanity from their self-destructive ways. Her best
Comments about openPR
OpenPR ist the nicest and most clearly laid out PR platform I have seen to this day. The press releases are displayed very nicely and clearly and without any unnecessary frills. The updates are fast and the finished release looks appealing and is clearly legible. Even with 16 years of experience one discovers new things from time to time. Congratulations!
Gabriele Ketterl, Director Marketing & PR, Menads