Marisa Petroro named 2009 Spokesperson for The Sarcoma Foundation of America 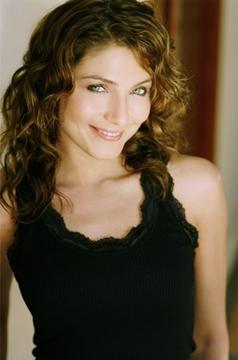 Marisa Petroro is an American film and television actor, model and philanthropist from Elizabeth, New Jersey.

Currently, there are about 50,000 people living with sarcoma. Roughly half of who are children. Assisting these patients in their battle is the Sarcoma Foundation of America (SFA), an organization dedicated to increasing sarcoma related research in the hope of finding new and better therapies. In an effort to raise awareness, the SFA today announced that Marisa Petroro will be their 2009 spokesperson to shed needed light on their committed cause.“Many don’t realize that sarcoma is a rare cancer in adults. It’s about one percent of all adult cancers. But in children it’s much more prevalent. Sarcoma accounts for almost 15 to 20 percent of all childhood cancers,” said Matt Alsante, Executive Director for SFA. “We think Marisa is best suited to be the face and voice of our organization and we’re privileged to lengthen her role into 2009.”Petroro, an actor, blooming philanthropist and sarcoma survivor accepted a second year as the SFA spokesperson. Coming off a solid year, she’ll continue to participate in a variety of programs and events to help SFA fulfill its mission.“Like many non-profits out there, our big goal is to raise money this year. It takes hundreds of thousands of dollars to privately fund grants for research,” said Petroro, 2009 spokesperson for SFA. “10,000 to 12,000 patients are diagnosed every year. And we believe they are greatly underserved. More attention and support must be brought to those fighting this battle.”For more information or to make a donation, please go to www.curesarcoma.org.The Sarcoma Foundation of America (SFA) is a 501 (c)(3) nonprofit charitable organization, is an advocate for increased research to find new and better therapies with which to treat patients with sarcoma. SFA raises its own funds to provide research grants to sarcoma researchers. SFA also interacts with public, private for-profit, and private non-profit organizations to raise awareness of the treatment needs of sarcoma patients. For more information, please visit www.curesarcoma.org.Marisa Petroro is an American film and television actor, model and philanthropist from Elizabeth, New Jersey. For more information, go to www.marisapetroro.com.Sarcoma Foundation of America 9884 Main Street P.O. Box 458 Damascus, Maryland 20872Matt Alsante malsante@curesarcoma.org 301-253-8687 www.curesarcoma.org