Irish Actor, Kevin J. Ryan, to be in NBC’s Days of our Lives 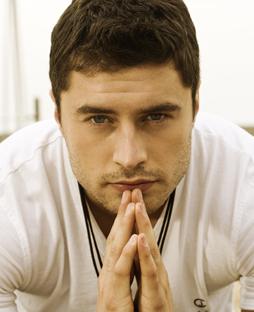 Kevin J. Ryan, Irish-born actor, announced today that he will be appearing in the Emmy Award-winning daytime drama “Days of our Lives.” His American TV debut will be on January 30, 2008 and marks the latest role he has booked since moving to Los Angeles. Kevin plays an Irish bodyguard who was called on to protect Colleen Brady (Shirley Jones). His is an integral character as the story travels to Ireland where a desperate struggle ensues to find a safe house for the Brady family’s baby who has been threatened to be kidnapped. Kevin plays the role of Sean who is a rough, devious, sexy Irishman who will do anything in his power to save the baby from abduction. Kevin’s character confronts the kidnappers and fights to rescue the baby in an international story line for the soap opera.“It’s great to be apart of Days of our Lives and the NBC family,” said Ryan. “I can’t say enough about the fabulous cast and crew. Fans should keep their fingers crossed to see my character emerge in future episodes.”Currently his management team is in talks to turn his character into a recurring role. With the looming writers strike, no further details can be announced at this time.Civilia Public Relations 1100 Glendon Ave. 17th Floor Los Angeles, CA 90024 Anthony Murillo Managing publicist anthony@civiliapr.com (310) 689-7581Civilia (www.civiliapr.com) is about the arts and artists, entertainment and culture, consumer and lifestyle brands — essentials for life away from work. In addition to high professional standards, strong media relationships and a great attitude, Civilia brings a bit of science to the art of PR. Agency teams apply sophisticated communications analytics and online tools developed by Atomic Communications (www.atomicpr.com) to generate smarter strategy, bigger creative thinking, stronger relevance to journalists and bloggers and greater impact for our clients.

You can edit or delete your press release Irish Actor, Kevin J. Ryan, to be in NBC’s Days of our Lives here

01-25-2008 | Leisure, Entertainment, Miscel …
Civilia Public Relations
Sarcoma Foundation of America Announces Marisa Petroro as 2008 Spokesperson
The Sarcoma Foundation of America (SFA), a nonprofit charitable organization dedicated to increasing sarcoma related research, in the hope of finding new and better therapies for sarcoma patients, today announced that actress and model Marisa Petroro has become their 2008 spokesperson. Sarcoma is a rare cancer in adults, about 1% of all adult cancers, but is rather prevalent in children, almost 15- 20% of all childhood cancers. It’s made up of