Author Sid Nachman, First Person In US To Be Treated Successfully For Bipolarism, Releases Memoir, 'Bipolar Me' 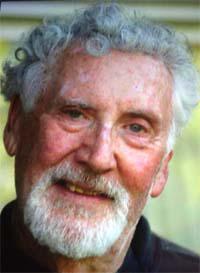 Author Sid Nachman has announced the release of 'Bipolar Me'. Sid Nachman was the first person in the US to be diagnosed and successfully treated for bipolarism over 50 years ago. Sid writes engaging nonfiction books that revolve around his experiences growing up in Philadelphia. Nachman's somewhat acerbic wit, no-holds-barred writing style and deft storytelling takes readers on a carnival ride, filled with stories that demonstrate that life is ultimately just plain good. BookLover USA said that the book is "A roller coaster ride through the mind of one of the funniest and endearing story-tellers of his generation."'Bipolar Me' is a highly entertaining memoir that allows readers to take a ride with Sid into the unfettered mind of a bipolar boy who never grows up until his hair turns white. Readers will get to see his world in black and white and vivid color and will feel what he feels when he feels like he weighs three thousand pounds and a minute later can leap over tall buildings. Sid's life is a life gone wild that settles down when it’s almost too late.“I wrote this book for a number of reasons," Nachman stated. "As a legacy for my kids. To dispel some myths about mental illness. To thank God for holding my hand through the good and bad. And last but not least, to make enough money to pay off my car so my wife, Linda has nothing to worry about and I can die in peace.”Sid Nachman is also the author of 'Strictly For Seniors' - an entertaining book of fifteen short stories about what happened to Sid "after breakfast on Delancey Street" in West Philly during the 30’s and 40’s when his Mom gave him a big hug and kiss and sent him on his way. Readers will enjoy this engaging memoir, full of entertaining stories about how Sid had fun, faced his demons, survived bullying and learned how to take care of himself. Sid also included a few fairy tales that just happened to drop in.Both books have received rave reviews and comments from reviewers and readers alike. One stated, "Like James Joyce, Sid Nachman can take the ordinary and turn it into magic with a fluency that's imperceptible." Another said "Sid's stories touch the human soul with wit, charm and realism."Sid Nachman is available for media interviews and can be reached using the information below or by email at mollymax210@gmail.com. Both books are available at Amazon. More information, including samples from the books and a recent interview with The Authors Show, is available at his website.Sid Nachman was the only child of immigrant parents from Russia and Germany who tried for 13 years to have him and were very tired from trying so hard. His initials are S.I.N. for Sidney Irving Nachman. He never found out if he was a sin or a joy. He resides in Florida and is the author of two books.PO Box 1613 Shallotte, NC 28459 http://www.sidnachman.com

You can edit or delete your press release Author Sid Nachman, First Person In US To Be Treated Successfully For Bipolarism, Releases Memoir, 'Bipolar Me' here

07-14-2017 | Arts & Culture
Sid Nachman
Leave A Permanent Record Of Your Life Story - Acclaimed Author Sid Nachman Now P …
Most of us would love to leave a legacy for our children, grandchildren and future generations - all the memories, challenges and triumphs immortalized forever. While old photo albums have served this function in the past, a memoir - professionally produced in book format - is the perfect vehicle to accomplish this. Unfortunately, few of us are writers, let along good writers. Though self publishing has made things easier today,
05-31-2017 | Arts & Culture
Sid Nachman
Autobiographical Memoir, Bipolar Me, Relates Life Dealing With Bipolar, Depressi …
Sid Nachman has been called "one of the funniest and endearing story-tellers of his generation." That is certainly the case. But the issues he deals with in his books - bipolar disorder, depression, dyslexia and stuttering - are not subjects we might find amusing. Sid applies his acerbic wit to all of these in a writing style that is wildly entertaining and revealing. Both of his books, 'Bipolar Me'
04-05-2017 | Arts & Culture
Sid Nachman
Depression, Bipolar, Dyslexia And Stuttering - Sid Nachman's 82 Year Long Fight …
Imagine battling depression, bipolar, dyslexia and stuttering - all at the same time. Now imagine this happens during a time when doctors knew nothing about chemical imbalances in the brain. Finally imagine that the struggle goes on for 82 years. That is Sid Nachman's wildly engaging story, detailed in his brutally honest memoir, 'Bipolar Me'. Sid Nachman was the first person in the US to have been successfully treated for bipolarism
12-06-2016 | Arts & Culture
Sid Nachman
Author Sid Nachman Announces Free Ebook Download Of 'Bipolar Me', Great Resource …
Sid Nachman has announced that 'Bipolar Me' is available for download for Amazon Prime members and Kindle Unlimited subscribers during the Holiday season. The book is a great resource for sufferers of bipolarism and those who work with individuals who suffer from bipolarism and related conditions. Sid Nachman was the first person in the US to have been successfully treated for bipolarism over 50 years ago. 'Bipolar Me' provides a penetrating

09-13-2018 | Arts & Culture
Melanie Pronia
Award Winning Author Melanie S. Pronia Takes Grand Prize, Named As Top Female Au …
Florida resident and award winning author Melanie S. Pronia was recently awarded the Grand Prize in the 2018 Top Female Author awards. She is the author of 'Descent,' a mystery suspense thriller novel. She was chosen from an international field of contestants by a panel of judges. She received a prize package valued at over $1200. "I couldn’t believe that I had won the contest," Pronia stated. "I had just woken
08-08-2018 | Arts & Culture
Linda Maria Frank
Multi-Award Winning Author Linda Maria Frank Chosen As Top Female Author In 2018 …
Linda Maria Frank, author of Annie Tillery Mystery Series, has been the Top Female Author in the 2018 Top Female Author Awards in the Young Adults/Teen category. Frank was chosen from a field hundreds of authors by a panel of judges. "Civilizations are defined by their stories," Frank stated. "First it was oral history, then parchment, and finally books. The stories in book, provided by the author, whether they be fiction
08-03-2018 | Arts & Culture
Donna Louis
Multi-Award Winning Christian Author Donna Louis Named As Top Female Author In 2 …
Florida resident Donna Louis, multi-award winning author of 'Miracles of Direction' has been chosen as the winner in the 2018 Top Female Author Awards in the Religion/Philosophy/Spiritual category. Louis was chosen from an international field of contestants by a panel of judges. Louis' win follows three awards in the '50 Great Writers You Should Be Reading Awards contest (2015, 2016 and 2017), and one nomination in the 2017 Top Female Authors
03-23-2018 | Arts & Culture
Donna Louis
Multiple Award Winning Author Donna Louis, Author Of ‘Miracles Of Direction’ …
Donna Louis, author of ‘Miracles Of Direction’, has been nominated for the Top Female Author Award in 2018. The worldwide contest presents nominees from countries all over the world including Australia, Barbados, Canada, Croatia, France, Mexico, Netherlands, the UK and the United States. "This is a tremendous honor for me," Louis stated. "I am truly grateful to be nominated from such a vast pool of countries. There are so many talented
01-25-2017 | Media & Telecommunications
New Birth Enterprises
Inspirational Speaker and International Author
Inspirational speaker and author Cathy Dabney has released a new best-selling book. Her newest literary work is titled #Unbroken-Betrayal, Mourning, and Rebirth. This book can be purchased at www.Cathydabney.com, Barnes & Noble booksellers, Amazon.com, Kindle, Scribd and Bingham. Cathy will have many upcoming engagements where she will have book signings and interaction with the masses. Cathy has a book signing in the Las Vegas area at the Henderson Barnes and Noble
06-13-2016 | Leisure, Entertainment, Miscel …
Kimberly Dalferes
Virginia Author Celebrates National Bathroom Reading Month
June, as our launching point for relaxation and summertime leisure, seems an appropriate month to celebrate the joys of bathroom reading. Who among us has not reached for our favorite quick read while reclining on the porcelain throne? In honor of this month’s celebration of the perfect reading retreat, Virginia humor writer Kimberly “Kimba” Dalferes has released her essay collection, "Crazy Southern Irish Gal Two-Book Bundle." “Today, I sit proud in
Comments about openPR
OpenPR ist the nicest and most clearly laid out PR platform I have seen to this day. The press releases are displayed very nicely and clearly and without any unnecessary frills. The updates are fast and the finished release looks appealing and is clearly legible. Even with 16 years of experience one discovers new things from time to time. Congratulations!
Gabriele Ketterl, Director Marketing & PR, Menads