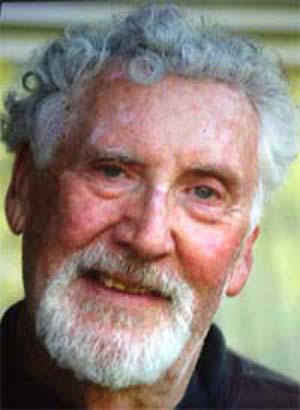 Sid Nachman has been called "one of the funniest and endearing story-tellers of his generation." That is certainly the case. But the issues he deals with in his books - bipolar disorder, depression, dyslexia and stuttering - are not subjects we might find amusing. Sid applies his acerbic wit to all of these in a writing style that is wildly entertaining and revealing. Both of his books, 'Bipolar Me' and 'Strictly For Seniors' take readers on a "roller coaster ride" that allow them to see what it is like to deal with all of these issues at the same time. That struggle has been going on for 82 years.Bipolar Me' provides a penetrating glimpse into the day-to-day experience of a man who dealt with a condition for which there was no name at the time - a time when such chemical imbalances might be diagnosed as a form of schizophrenia and could be treated with electric shock treatment or end up with the sufferer being locked away.'Bipolar Me' has garnered high praise from readers and reviewers alike. Sid's no-holds-barred writing style produces a work that is filled with hilarious stories that show us that life is just plain good. BookLover USA said that the book is "A roller coaster ride through the mind of one of the funniest and endearing story-tellers of his generation." It is a highly entertaining memoir that allows readers a glimpse into the unfettered mind of a bipolar boy who never grows up until his hair turns white. Readers will get to see his world in black and white and vivid color and will feel what he feels when he feels like he weighs three thousand pounds and a minute later can leap over tall buildings. Sid's life is a life gone wild that settles down when it’s almost too late.Sid is also the author of 'Strictly For Seniors' - a nonfiction work of short stories about what happened to Sid "after breakfast on Delancey Street" in West Philly during the 30’s and 40’s when his Mom gave him a big hug and kiss and sent him on his way. Sid had great fun, survived bullying by hitting the bigger boys about the head with his violin case and developed his own singular brand of “street smarts"."I wrote 'Strictly for Seniors' to show the readers a world they should never forget and to let them know unequivocally that older people like me can still teach them a thing or two," Nachman stated. 'Bipolar Me' would bring me great joy if it can convince one person to never give up on themselves and try everyday with all the strength in their body to be a better human being."Both of Nachman's books have received fantastic reviews. One stated, "Like James Joyce, Sid Nachman can take the ordinary and turn it into magic with a fluency that's imperceptible." Another said "Sid's stories touch the human soul with wit, charm and realism."Sid Nachman is available for media interviews and can be reached using the information below or by email at mollymax210@gmail.com. Both books are available at Amazon. The free Kindle ebook download is available for Amazon Prime members and Kindle Unlimited subscribers. Both Kindle and epub versions (for Nook and all other e-readers) of the book are available at Payhip. The Nook version is available at Barnes and Noble. More information, including samples from the books and recent interviews with The Authors Show, is available at his website.Sid Nachman was the only child of immigrant parents from Russia and Germany who tried for 13 years to have him and were very tired from trying so hard. His initials are S.I.N. for Sidney Irving Nachman. He never found out if he was a sin or a joy. Sid resides in Florida with his wife, Linda and his golden retriever Molly and in spite of his big mouth is still loved by all.PO Box 1613 Shallotte NC 28459 http://www.sidnachman.com

You can edit or delete your press release Autobiographical Memoir, Bipolar Me, Relates Life Dealing With Bipolar, Depression, Dyslexia And Stuttering here