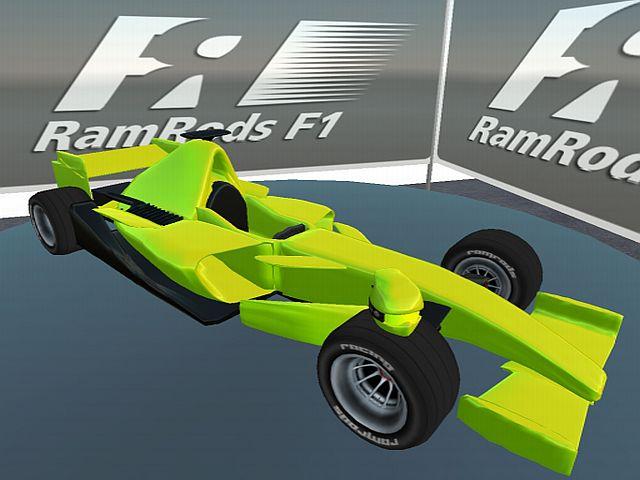 It's that time again, ladies and gentlemen! Event time at MyControl Speedway, with the PLUSX.de Speedway Challenge! This time, though, the scale has been increased, and the stakes have been raised. I've certainly got November 15th marked on my calendar.As if our sponsors, PLUSX.de, weren't generous enough with the L$4000 usual prize money they provide, they've upped the ante this time with a huge offering of L$20,000! The winner of the challenge will take away L$5000, so there's bound to be some fierce competition for the top prize.To match the growth in this respect, the management at MyControl have implemented some fantastic new features to cover the event. Firstly, this will be the first time that the on-track antics will be streamed live, via audio thanks to DirtyGirl Radio and video by slodcast. To keep spectators company as they watch the race, or to explain the goings-on on the track, we have our commentary duo: Mishi Rossini will provide background as a MyControl veteran and DirtyGirl Price will be there to spice up the commentary and to cheer on the lady drivers (as if they need it!)The track will be closed during the race to everyone but drivers and event staff to preserve performance of the track's sim, but spectators can follow the action by watching the live stream at Club Interlude which which can be found at this slurl: http://slurl.com/secondlife/Massine/178/195/22 (see the bottom of this article for a guide to using the slurl). Expect a good atmosphere there, with people cheering on their favourite drivers and teams.Speaking of the teams, we're expecting to see more from them this time around than at the last race. Peldon Cordeaux is expected to make it this time, to accompany Suzy Cuddihy who suffered a little with inexperience in MyControl open-formula races last time around. She's learned lessons, though, and together with Peldon will form a force to be reckoned with for team Pixel Props. Caine Beresford will also be there, ready to catch out anyone who drops the ball ahead of him.Yetrates Bates should also be joining the action on the 15th. The undefeated Bates will join up with lap record holder Kandy Tomorrow to try to claim more gold for team RedLine Racing. Kandy's improved her lap record further still, now with a best time of 13.670 seconds. She'll be looking to prove this time that she can turn her blistering speed into victory over the successful racers who didn't make it last time.Of course, it's not just the teams who provide the quality racing. Lorenita DeCuir, the rookie who punched above her weight to topple an MG in the last race, is now behind the wheel of a more capable modified version of the car she raced then. She may well be a driver to look out for as a candidate for future success.It looks like a 3 way battle for first place. Yetrates Bates has never finished off of the top step of the podium, but since her last win Peldon Cordeaux has put in many laps of practice, as well as getting more power from his MG. Kandy Tomorrow is the driver that many will have her eye on. She had a little difficulty laying down her usual pace while winning the last event, but after working on her car looks set to try to do it against the MyControl elite.We will also be putting on a support race again, this time in the form of a run of the new, fully sculpted version of RamessesIII Pharaoh's ever-popular RamRod Formula 1 cars. Anyone wishing to compete in a one-make race with the car can turn up and be given a free tester of the car to race. Take on the best of the drivers at MyControl for the chance to win a Ferrari F2007 paint schemed version of the car, which is very rare and not available to buy!Live coverage of the event will stretch to all elements of the competition: the one-make race, open-formula qualifying and of course the main event. The main race will be 50 laps, contested between the fastest 6 qualifiers.Be sure to tune in for this one!Please visit our sponsors: http://www.PLUSX.de Slodcast website: http://www.slodcast.comThe slurl can be used by clicking it with sl closed. Second Life will then open and log in at the desired location.MyControl Speedway www.slurl.com/secondlife/Magrathea/246/54/701/ Group: MyControl Speedway speedway.mycontrol.de ViSdP: MyControl GmbH & Co. KG Sommerbergstraße 14 34123 Kassel, Germany 0800-MYCONTROLMyControl Speedway is a motorsport race track in Second Life. Between the offical racing events the track is open for public use, drivers' trainings and for building and improving SL vehicles.