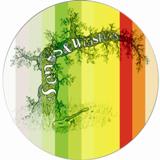 Jeconte & The Mali Allstars serve a powercocktail full of energy, Lewis Knutsen simply leans on his deep, soft voice - we mix it! And we promise: it matches. "SONGS & WHISPERS" is looking forward to a special experience in CIRCUIT 08/2013 (16.08.-08.09.)!JECONTE & THE MALI ALLSTARS (Bamako, ML) www.themaliblues.comTo understand the story of Mali Blues one must go back to a simpler time; a time when one could walk freely through the Sahara Desert and be one with its culture and people, a time of sharing stories from generation to generation through song in an unforgiving yet inspiring land, where the blues were born… Captured in Bamako Mali at Yeelen Studios, JeConte & the Mali Allstars are a soulful blend of traditional Malian Blues and Northern California/New Orleans harmonica-based Bluesy Rock ‘n’ Roll. The project leaders collectively bring original music to the ensemble. This combination creates a high energy, one-of-a-kind performance that gets the crowd going and keeps them going. The band recently completed their full-length album entitled “Mali Blues” in Bamako, Mali in the midst of the coup d’etat. The goal of this album and their forthcoming ‘Mali Blues for Peace Tour’ is to promote peace in Mali and raise funds to help those in need. The compilation by leading members, JeConte, Boubacar Sidibé and Adama Dramé, includes unique, soulful songs with Blues, Rock, R&B, Roots, Reggae, Afro Beat, & Traditional African World influences. The three met in Timbuktu, Mali at the renowned Festival in the Desert in 2010, and soon the trio began to create an original style of blues that strikes to the heart of foundational, soulful blues, a sound redolent of the genre’s Motherland origins, as well as the fragrant American evolution. It is these three who will be playing for the August Circuit in Germany. Influences: Ali Farka Touré, Afel Bocoum, Baaba Maal, Toots & The Maytals, Traditional Mande, Fulani, Griot & Tuareg Music, Tinariwen, Bob Marley, Led Zeppelin, John Mayall, The Meters, Lightning Hopkins and many more…“JeConte & The Mali Allstars are an exciting band with an infectious energy that gives the crowd a connection to their soul through raw, deep, seductive blues and melodic Afro Beat, Reggae Rock n’ Roll grooves. They are a pleasure to watch and their new CD Mali Blues is a must have.” Christine Déchamp – Menil’ Fest, Paris“Having JeConte & The Mali Allstars perform at the “Festival in the Desert” was magnetic, not only did they light up the stage when they played, but the energy at the Festival was highly inspirational and contagious. We look forward to having JeConte, and his band, back next year to energize the Festival.” - Philippe Angers & Manny Ansar - Founders and Directors - Le Festival Au DesertLEWIS KNUDSEN (Quad Cities, USA) www.lewisknudsen.comLewis Knudsen has been writing and recording music for 12 years. Folk, jazz, and blues all are undeniably strong influences on his music. But what keeps music fresh and enjoyable for Lewis is defying "genre-driven" music by dabbling and experimenting with a variety of different styles, instruments, and songwriting methods. Alongside popular venues like Redstone Room in Davenport, Iowa, and RozzTox in Rock Island, Illinois, the Quad Cities native has expanded his repertoire and sense of musical history performing at nursing homes in his hometown. This lends a seasoned richness to his songwriting. It also has shown him the power of music in bringing memories back to those who suffer from Alzheimer's and dementia. Lewis also has performed at Chicago venues such as Uncommon Ground, and Silvies Lounge, the FIGGE Art Museum in Davenport, Iowa, and just recently performed at the annual Midsommar Music Festival in Bishop Hill, Illinois. His most recent release, "Spring, 2013" is a compilation of 8 songs selected from his New Song Project which he started the first week of January, 2013. Since January, Lewis has continued to write and record one new song every week. Lewis believes the purpose of writing and playing music is to give to others. If music only garners attention for the musician, it is meaningless. Music must bring joy and comfort to those who hear it. Music can and must unify people of different ages and from different cultures. For Lewis, accomplishing those kinds of things with music is the definition of success.Influences: Stevie Wonder, Tom Waits, Martin Sexton, Kim Jang Hoon, Yoo Jae Ha, Dave Matthews, Bob Dylan, Queen, Billy Joel, Keith Green, The Candymakers, Ben Folds, Aimee Mann, Menomena, Mugison, Jacques Brel"Lewis Knudsens ability to please a crowd doesn't stop at his peers- whether it's toe tapping grandmas or wiggling babies- everyone stops taking, claps along, and dances" - Annette Zapolis, Venue Owner, Rock Island, IL."We think he does a great job!" - HelloGigglesSince January 2009 “Songs & Whispers”-concerts take place every month in different venues around Bremen. International and local artists are fascinating a growing audience in special venues like historical cinemas, theatres and cozy bars. The musicians’ genres vary from Alternative Folk, Alternative Country to Americana, Bluegrass or Singer-Songwriter. The atmosphere of the concerts is changing with the choice of venues and lives from the artists’ interaction with the audience. An important characteristic of Songs & Whispers is that most concerts are played acoustic or semi-acoustic.Songs & Whispers is aiming at creating a worldwide network of musicians and an exchange of ideas from different artists and nations. We are presenting a selection of international artists and local supports every month. Furthermore we try to be a platform for other musical organisations like schools of music in letting them perform in our supporting program. www.songsandwhispers.comSongs&Whispers c/o ps promotion Cuxhavener Straße 7 28217 Bremen Germany