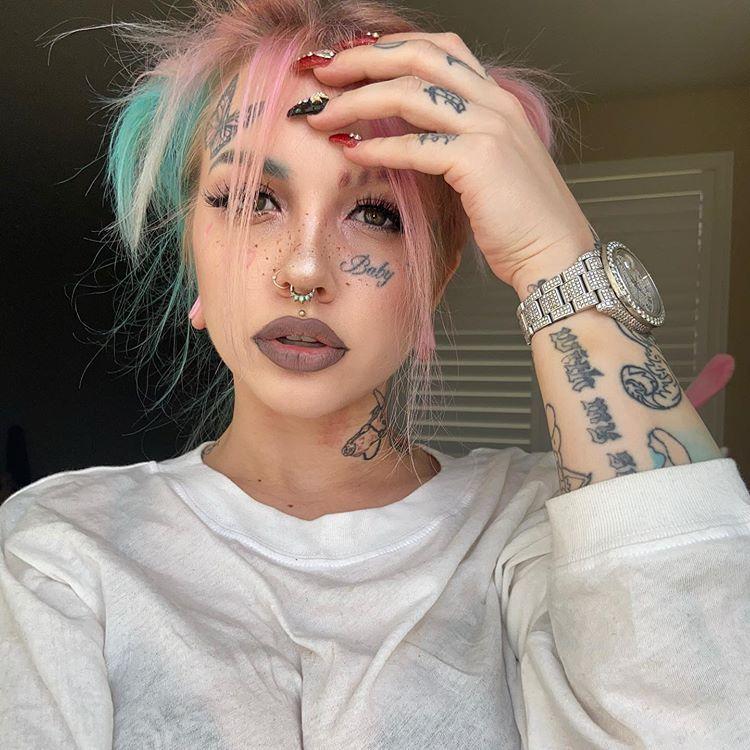 ‘Song name’ is the latest collab by LSNDXNISDEVD with Baby Goth and will be dropping by _date_ to turn on your soul.Landon Bisset, who goes by his stage name 'LSNDXNISDEVD' after making great strides in the industry will be dropping his latest composition “Song name” soon. Landon Bisset, who is a Singer/Songwriter, Rapper, Model, Small Business Owner and Internet Personality has started risen from the city of Nevada and is coming up with a collab with the one and only Baby Goth for his upcoming song. Bissett has always been a multitasker and has created a huge following just by using his phone and smart marketing skills. Landon Bissett is also known as the LSNDXNISDEVD is a white guy who is having a direct connection from the monarchy of the Filipinos. Despite his royal bloodline, he started with a humble approach and most of his music was produced from a single smartphone that he had. Starting producing music titles from his smartphone itself he has created a space for himself in the industry and the collab with Baby Goth at this point of time is a statement to the entire industry. Baby Goth who is a popular icon of the industry commends his approach and attitude towards his art. LSNDXNISDEVD and Baby Goth promises to surprise their following with their upcoming music title with some jaw-dropping performance and soothing vocals.Contact: Landon Bisset Nevada USA Email: landonbisset@gmail.com Instagram: @lvndxnisdevd Facebook: @lvndxnisdevd Twitter: @lvndxnisdevd Spotify: www.spotify.com/lvndxnisdevd Soundcloud: https://soundcloud.com/lvndxnisdevdAccording to LSNDXNISDEVD, "The upcoming collab with Baby Goth is very special for me and will be a landmark in my career. Being an artist, who has started producing from his smartphone and is now collaborating with Baby Goth is just like a dream come true”. He also added, "Because, with this song, I will be creating a statement for the global industry and making a landmark stride with the due support of Baby Goth". Regarding the collaboration, Baby Goth also mentioned, “Working with Landon aka LSNDXNISDEVD was an amazing experience as he is a very talented guy and has the potential to be a big name in the coming years”.

04-25-2019 | Business, Economy, Finances, B …
Meticulous Business Plans
Baby Spa
Baby Spa business is the most trending model of the global spa industry, and we have observed a growth in the businesses or franchises from the past few years. The baby spa serves the babies from two weeks old up to 9 months old baby. There are two main services involved in the therapy, i.e., hydrotherapy, and baby massage; the warm water and gently massage will help baby's physical growth,
02-25-2019 | Advertising, Media Consulting, …
Orbis Research
Baby Mats Market 2019 - Baby Care, Bright Starts, Lollaland, Baby Mushroom, Baby …
Global Baby Mats Market 2019-2024: According to the Global Baby Mats Market report, the market is expected to reach the value of $XX million at the end of the forecast period of 2019 – 2025, showing good progress, rising at a CAGR of XX%. The global Baby Mats Market report covers a detailed analysis of the Baby Mats Market including the various parameters on which the Baby Mats Market
05-06-2018 | Advertising, Media Consulting, …
Persistance Market Research
Baby Bottle Sterilizer Market
Various countries all over the world represents a significant potential and untapped market for various baby care products. With increasing awareness, uplifting income levels, and change in consumer behavior. Apart from this, huge population base in age group of 0-4 years and preferences of parents to spend more on baby products will further strengthen the demand for baby care products in the country. The global baby bottle sterilizer market has
11-14-2017 | Business, Economy, Finances, B …
Persistence Market Research
Baby Personal Care Market
Monitoring the production of goods used for caretaking of babies becomes hypercritical in the premise of rising incidence of infections among infants. Owing to concerns about the potential health impact of chemicals in baby personal care products, manufacturers are scampering to include organic ingredients in their offerings. Authorities regulating the production of baby personal care products continue to adopt new techniques for eliminating the presence of harmful ingredients. In the
04-18-2017 | Leisure, Entertainment, Miscel …
Baby Cures
BABY CURES LAUNCHES BABYCURES.NET
Baby Shower Gift Ideas, Baby Products and Articles for New and Established Parents FOR IMMEDIATE RELEASE Reno, NV, April 14, 2017 – Will Hull of http://windypinwheel.com will launch http://babycures.net a website devoted to baby shower gift ideas, baby gear and articles for parents and ideas on baby-friendly resources on April 17, 2017. BabyCures.net will focus on new baby products, traditional baby products and everything in between in many of its articles.
02-17-2017 | Business, Economy, Finances, B …
ReportBazzar
Baby Food in Denmark
Summary The per capita consumption of commercial baby food in Denmark is low due to a continuing allegiance to traditional methods of feeding and a marked preference for offering puréed versions of home cooked family meal to infants. This is a preference encouraged by the Danish health authorities, which have taken measures to encourage parents to feed home-made food to their babies and infants, and decrease their reliance on commercial products.
Comments about openPR
I can't but agree to the positive statements about your portal: easy to use, clear layout, very good search function, and quick editing!
Jens O'Brien, Borgmeier Media Communication