Amr Al-Maliki, An Influencer For Arab Youth For Progress And Success 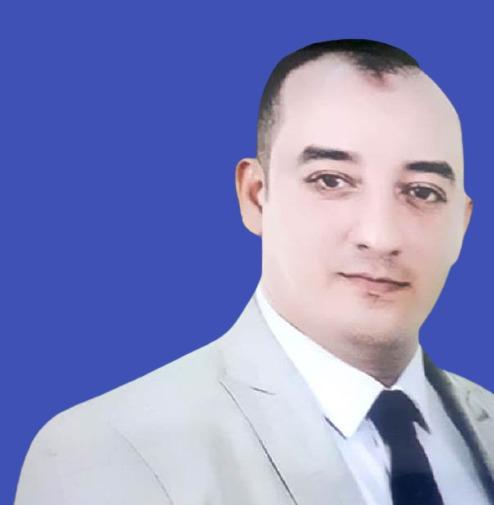 Amr Almaliki has become a top Influencer in guiding the youth to a successful future they have chosen for themselves. A trainer and human development coach of the highest order, he has helped thousands of youth in developing a particular discipline and character to be a smart, successful, and contributing member of the society. He has graduated in Arts and Media and has a very healthy following across social media. His multiple talents have landed him many a well paying job and has even led him to become a successful investor. He is also an Author of two bestselling books and a prominent YouTube personality.Amr Almaliki, also known as Amr Jamal Almaliki, is a consultant in E-commerce and digital marketing. He has been doing this for many years now and has led many such successful initiatives. He is also the founder of a successful online business with 7 million. Additionally, he is also a master at many different skills, with certifications from as many as 40 different fields! It is these skills that he has developed over the years that has helped him help the youth to stand shoulder to shoulder and toe to toe with the globalized world.“I’ve travelled across the Arab world and have found a lot missing from the youth that consistently prevents them from competing with the world. We aren’t isolated anymore, and have to compete with people of all regions, especially in running technical and online businesses. I took it upon myself to build them from the foundation in being fierce competitors, successful people and contributing members of the society they are part of. I have trusted God to bless the work of my hands and give me patience. It’s a much-needed character in these fast paced times. If you or someone you know wants to develop skill and character for better life performance, then I strongly urge you to join my initiative for a better future. You won’t regret it, that’s a promise”, said Amr Almaliki.Media Contact: Facebook – https://www.facebook.com/amralmalkivip Instagram – https://www.instagram.com/amr_almalki/About: Amr Al-Maliki, also known as, Amr Jamal Al-Maliki, is an influencer and social media personality who has influenced the Arab and foreign youth in the the metrics of being a successful person in every field. He is a writer, YouTuber, trainer for T.O.T and a consultant in e-commerce and digital marketing. He trusted God first, and God is credited with everything that a person achieves of success .

You can edit or delete your press release Amr Al-Maliki, An Influencer For Arab Youth For Progress And Success here

11-26-2021 | Arts & Culture
Doulitsa Global media
T. Ledger Delivers Superb ‘8 Bit’ Single, Matching Video
Music artist nails vocalist bit pop-ish track from independent album FFO: 8-Bit Pop, Bit Pop, Electronic Uninterrupted vocals presented over a computerized music mix provides a singular listening experience during “8 Bit,” by T. Ledger ( https://open.spotify.com/album/2sAsDFcdABFVAGbqryNiZ2 ) . From the album Sue Me I Want To Die , the accompanying video for “8 Bit” evokes equal admiration and curiosity. Possessing just the right human touch and programmable appeal adds up to
11-24-2021 | Arts & Culture
Doulitsa Global media
Camille Cabrera Releases Her New Cozy Mystery Christmas novel, The Mystery of Mi …
Los Angeles author and #entrepreneur# Camille Cabrera releases her first Christmas novel, The Mystery of Mistletoe Motel, which follows two intrepid sisters as they endeavor to save the family business after possibly enlisting the help of the paranormal. [Los Angeles, CA, November 24] The latest release from author Camille Cabrera, The Mystery of Mistletoe Motel, documents the chilling story of Lacy Pondwater and her younger sister, Stacy, as they struggle
11-22-2021 | Arts & Culture
Doulitsa Global media
Ontario Phoenix Also Known as Phoenix Balmain Is a Rapper on the Rise From Des M …
LA, California, 17th Nov 2021, ZEXPRWIRE, Ontario Phoenix is also known as Phoenix Balmain has lived in many places such as Los Angeles California, Las Vegas Nevada, Phoenix Arizona with his hometown being Des Moines Iowa also where he currently resides. He is born from the Clark family a very well known family for crime, drugs and murder in Des Moines Iowa. His great uncle Alf Freddie Clark who is currently
11-17-2021 | Arts & Culture
Doulitsa Global media
Trevah Speaks on Making Through Hard Times in Latest Single
Ontario, Canada, 16th Nov 2021, After reminiscing on a turbulent come up with his previous single, “Ain’t Going Back” Trevah returns with a new anthem for those doing what it takes to make it through hard times. Produced by Jd Krazy , Trevah touch’s on the common theme in hip hop doing what it takes to obtain status , power and material success. It’s something millions of people around the

04-01-2020 | Industry, Real Estate & Constr …
Allied Market Research
Bathroom Mirror Cabinets Market CAGR to Grow at 5.6% | AMR
According to the report published by Allied Market Research, the global bathroom mirror cabinets market was estimated at $649.3 million in 2018 and is expected to hit at $995.9 million by 2026, registering a CAGR of 5.6% from 2019 to 2026. The report provides an all-inclusive analysis of the top investment pockets, top winning strategies, drivers & opportunities, market size & estimations, competitive landscape, and changing market trends. Download Sample Copy
02-25-2020 | IT, New Media & Software
Allied Market Research
AMR Forecasts Online Smartphone and Tablet Games Market by 2026
Online smartphone and tablet games is a platform offered by the service providers that enables one or more players to participate in the game through smartphone or tablet. Online games are available through all kinds of operating systems. Further, increase in network connectivity and the new innovation such as virtual reality in the game or play industry drive the market. Explore Full Summary: https://www.alliedmarketresearch.com/online-smartphone-and-tablet-games-market The online smartphone and tablet games market are
02-11-2019 | Health & Medicine
Allied Market Research
AMR Forecasts a Booming Cyber Security Market in Healthcare -Openpr
Healthcare industries globally have gone through rapid digitization. For instance, healthcare organizations focus on investing on enhanced patient monitoring solutions and healthcare information systems to improve patient care. Furthermore, drastic rise in the number of cyber-attacks and data breaches increases the need for enhanced data security solutions that are expected to ensure protection against hacking and unauthorized data access. Download a Sample copy of Report: https://www.alliedmarketresearch.com/request-sample/2268 The global market was valued at
10-04-2018 | Health & Medicine
Allied Market Research
Surgical Equipment Market to Reach $15,737.1 Million by 2023 | AMR
According to a new report published by Allied Market Research, titled, Surgical Equipment Market by Product, Category, and Application: Global Opportunity Analysis and Industry Forecast, 2017-2023, the global surgical equipment market valued at $9,783.8 million in 2016, and is estimated to reach $15,737.1 million by 2023, at a CAGR of 7.0% during the forecast period. The surgical sutures & staplers segment accounted for two-fifths of the total market share in
06-30-2017 | Advertising, Media Consulting, …
QYresearchreports
Global AMR Smart Water Management Market Research Report 2017
Qyresearchreports include new market research report "Global AMR Smart Water Management Market Research Report 2017" to its huge collection of research reports. This study on the global AMR Smart Water Management market is conducted with supreme assiduousness and comprehensiveness through commercial, market-oriented, and technical research. The results about the global AMR Smart Water Management market procured in the study are an out-turn of an extensive implementation of secondary sources such as
03-29-2017 | Energy & Environment
SMi Group
United Utilities Q&A released on AMR metering programme update
SMi report: New interview released with Neil Harper, United Utilities SMi Group are thrilled to welcome the expertise of Neil Harper, Operational Development Manager at United Utilities at the 6th annual conference on Smart Water Systems when it returns to Central London this April. Neil has worked at United Utilities for over 30 years and has extensive experience in the area of water metering. In his current role as Operational
Comments about openPR
OpenPR ist the nicest and most clearly laid out PR platform I have seen to this day. The press releases are displayed very nicely and clearly and without any unnecessary frills. The updates are fast and the finished release looks appealing and is clearly legible. Even with 16 years of experience one discovers new things from time to time. Congratulations!
Gabriele Ketterl, Director Marketing & PR, Menads