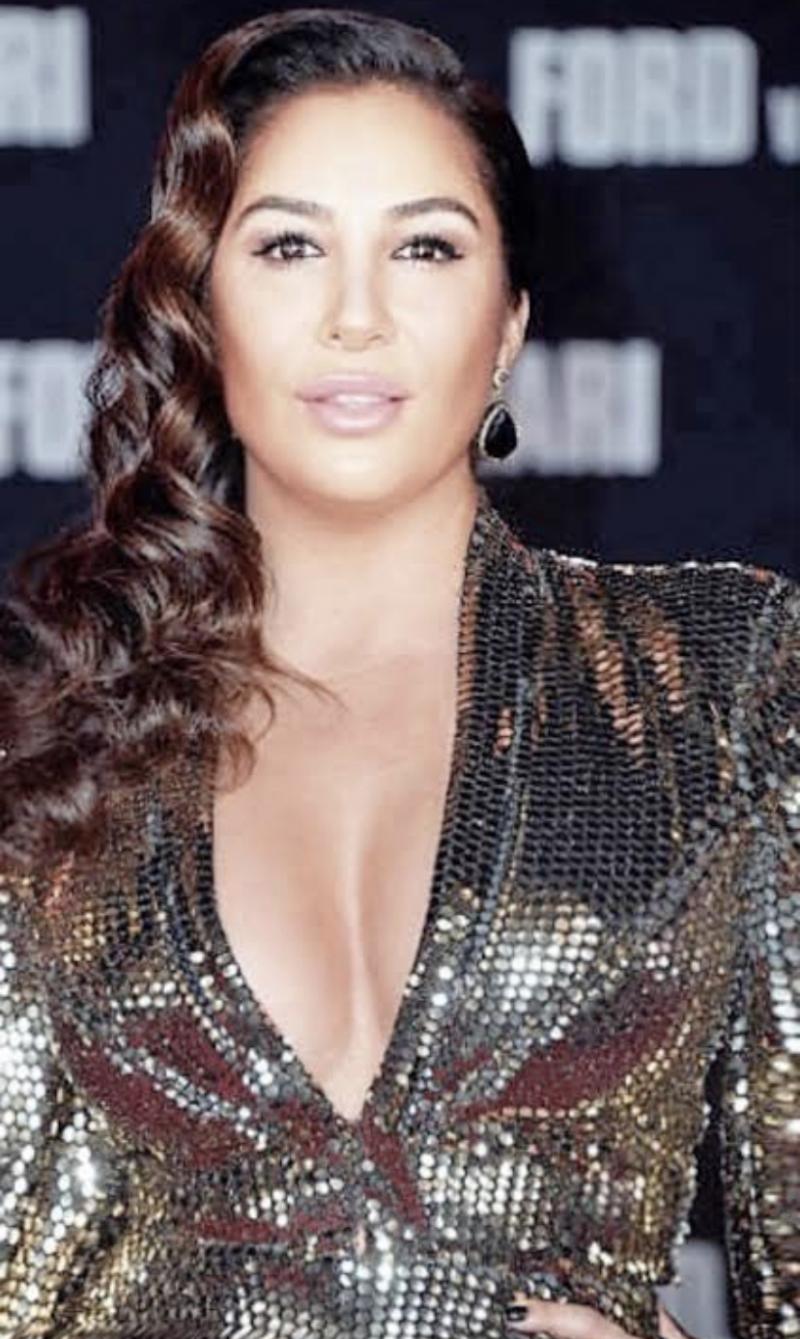 SEPTEMBER 8, 2021- Mainstage Productions and Eyedeal Image Productions are pleased to announce the screening of feature film, psychological thriller, SOCIAL DISTURBANCE ( http://www.imdb.me/lianamendoza ) starring Liana Mendoza (American Horror Story, Bones, The L Word: Generation Q) and Vincent M. Ward (Walking Dead, True Blood ), Adam Mendoza (Snowfall) and Gerald 'Slink' Johnson (Black Jesus).The evening of September 10, 2021 the red carpet event will be held in Santa Monica, CA and many celebrities are confirmed to attend including cast members from Ozark, Selena the Series, Orange is the New Black, The Wilds, The Resident and several others.Executive Producers: LaRae Wilson and Liana Mendoza, first partnered on this venture after an introduction by Marie Lemelle.The dynamo Wilson and Mendoza decided to make a film about the pandemic, during the pandemic, to speak to the minds of all of us suffering through such a tremendously challenging time. The feature screenplay came to fruition when Mendoza agreed that she would do a film with Wilson under one condition: she could play a serial killer. After starring in several tv shows and feature films, Mendoza felt ready to step into leading lady territory. "It's something I always wanted to do and knew I would eventually give myself the chance to do. This was the perfect time to get it done." "The character challenged me in many ways"LaRae Wilson went to work on the screenplay, immediately creating a strong female voice. Amber Cook, film investor and Executive Producer states "she knew anything she touched would turn to gold". Upon deciding to write the script for Mendoza and also produce the film LaRae states "Liana Mendoza and I have worked together previously and I remember her strong spirit. I knew she would kill it..." pun intended."To say this past year has been different is an understatement. Life as we knew it will never be the same going forward" adds, silent investor Dana Warren. "When the opportunity to invest into this production was offered to me I jumped at it! It felt like a win, win and a chance to be a part of history which will be written in the books forever."Eyedeal Image Victoria Henry victoriahenrypr@gmail.comThe film is set to release to the public. For any questions or updates please email victoriahenrypr@gmail.com http://www.imdb.me/lianamendoza

03-11-2019 | Business, Economy, Finances, B …
Ingressum Philippines Corp
Research by Ingressum Indicates Poor State of Cyber Readiness of Philippine Bank …
Philippine banking and finance sector is not prepared for any cyber threats as a result of digital transformations. Manila, Philippines March 6, 2019 -- Key research undertaken by Ingressum Philippines Corp, indicates 95% of the Philippine banking and finance sector is NOT prepared for any cyber threats as a result of digital transformation most banks are undertaking now or due to undertake in the short term. Ingressum Philippines Corp will be sharing
11-14-2016 | Business, Economy, Finances, B …
BT-Watzke GmbH
vinotwist goes Argentina
BT-Watzke and Vin Oenologie start a sales cooperation and introduce the capsules and BVS 30x60 closures range at Sitevintech in Mendoza, Argentina. Mendoza, 10.11.2016. Right on time to the start of the fair the new partnership for the Argentina market is established. BT-Watzke is producing Premium capsules and closures in Austria since 1892 and Vin Oenologie is active in sales of oenologie products in Argentina and neighbouring countries for decades –
04-07-2012 | Leisure, Entertainment, Miscel …
Susan Blond Inc.
ECLECTIC INDIE TRIO THE DEAN’S LIST RELEASE “GENERATION X”
New York, NY (April 3, 2012)—Today, The Dean’s List, a trio of musicians whose versatile sound appeals to fans of everything from indie music to electronic to hip-hop, released their debut album, “Generation X,” through aveNUE Music Partnerships. The project, which includes the hit singles “YOUTH” ft. Sid Sriram and “Hollywood” ft. Dani Ummel, is a 17-track compilation spanning genres that showcase the group’s wide ranging musical interests and inspirations.
09-22-2011 | Associations & Organizations
AblePlay
Children's Health Study Proves The True Value of Play
It may surprise parents to learn that the benefits of play could extend beyond fun and games. According to Pediatrics in Review, the official journal of the American Academy of Pediatrics, play “offers children important developmental benefits and parents the opportunity to fully engage with their children.” Indeed, research continues to reveal that playtime helps build social and critical thinking skills in children, and that it may help with
02-03-2011 | Sports
Women's Sports Foundation
25th Annual National Girls and Women in Sports Day Brings Champion Women Athlete …
Donna de Varona, Lillian Greene-Chamberlain, Nancy Hogshead-Makar, Jessica Mendoza and Heather O’Reilly among athletes scheduled to appear, support achievements and participation of female athletes WASHINGTON, Feb. 2, 2011 -- In celebration of the 25th annual National Girls and Women in Sports Day (NGWSD), organizations and leaders from the National Girls and Women in Sport coalition, including two-time Olympic soccer gold medalist and Women's Sports Foundation spokeswoman Heather O’Reilly and Olympic and
01-17-2011 | Business, Economy, Finances, B …
PSBank
PSBank support chosen beneficiaries
In line with its 50th anniversary, PSBank has donated P50,000 each to World Vision (WV), Resources for the Blinds Inc. (RBI) and Choosen Children Village Foundation (CCVF) for the benefit of indigent, visually impaired and special children. Last year the bank also gave its annual donation of P10,000 each to the three child-friendly organizations. Aside from this, PSBank financially supports the completion of the elementary or high-school education of nearly
Comments about openPR
I can't but agree to the positive statements about your portal: easy to use, clear layout, very good search function, and quick editing!
Jens O'Brien, Borgmeier Media Communication