Ve Shawn Owens Back in The Armory Sept 5th On FOXTV 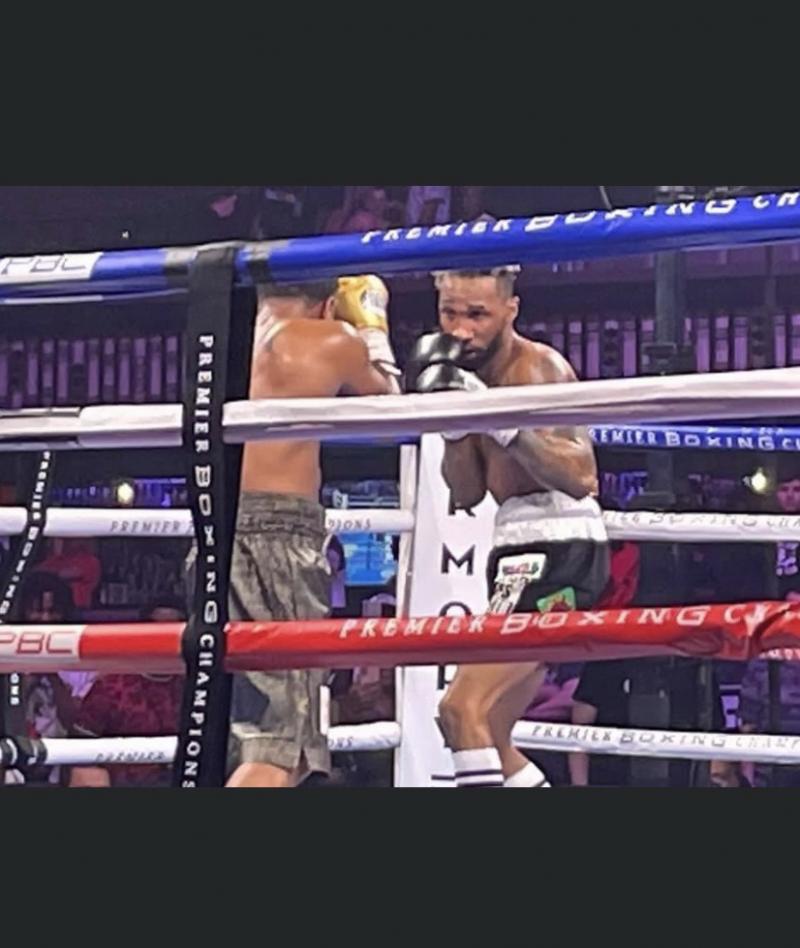 Ve Shawn “Magic” Owens will step into the boxing ring on Sunday, September 5, for PBC Fight Night in Minneapolis. The event begins at 3:55 p.m. and will be held at The Armory. It will also be televised nationally on FOX.Owens, a junior welterweight, will be taking on Michael Ogundo. Also on the card is a super welterweight showdown between Jesus Ramos Jr. and Brian Mendoza.“Magic” Owens is from Minneapolis fighting out of the Circle of Discipline boxing gym. Owens has been a professional athlete for six years and has a record of 12 wins and two losses with 11 knockouts. He is entering his 15th match as a professional and is coming off of a TKO win over Joseph Francisco on June 27.Owens was a stand-out amateur boxer, fighting in over 120 matches. He won 10 state and regional titles and multiple national titles. The 30-year-old is 5’10” and has a reach of 73.5 inches. He fights nonexclusively for PBC Boxing.Owens credits hard work and choosing a vegan lifestyle three years ago with his success in the ring. He knows it takes discipline, focus, hard work and a healthy lifestyle to compete in professional sports.“This game is not cut out for everyone,” Owens said in an Instagram post. “You can’t play boxing, you can’t call a timeout, you can’t ask for a sub, and you cannot fake an injury. Only the strong survive. Always stay focused and never let anything stop you from achieving your dreams.”Ve Shawn Owens Ve Shawn Magic Owens Veshawno@gmail.comFor more details about the September 5 event, visit minnesotaboxing.com/event/pbc-fight-night-in-minneapolis/. For more information on “Magic” Owens, follow him on www.instagram.com/veganbound/