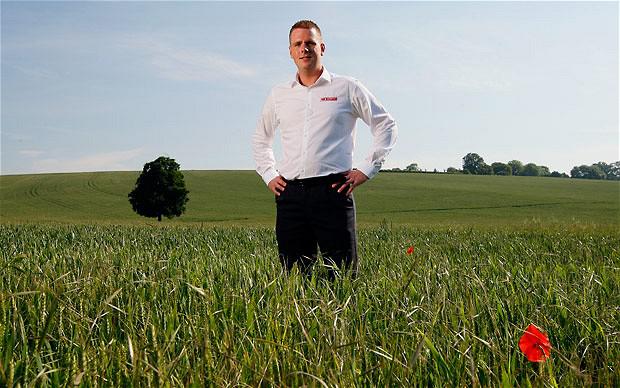 Waste King, the specialist collections, clearance and recycling company, followed up being mentioned in The Sunday Times’ Appointments section on 15th July with being featured in the Business section of the Daily Telegraph on 16th July.The company, which recently won a Gold Award from the National Recycling Stars Scheme which rewards an organisation’s commitment to increasing the amount of waste it recycles and improving the environmental awareness of its staff, was featured in the Daily Telegraph as an exemplar – for a small business – of ‘helping local people and improving the environment’. According to the Daily Telegraph article, ‘[Waste King’s] turnover has increased from £26,000 in 2008 to £588,000 last year. But the … company has only one eye on profits and has taken several extra steps to ensure it has a positive impact on local people’s lives. ‘The business diverts some of the higher-quality waste to good causes, including clothes and shoes to the Salvation Army and records, CDs and DVDs to the British Heart Foundation. It also donates a selection of old computers to a severely autistic local man called Matthew, who finds comfort in dismantling and rebuilding them… ‘Being environmentally friendly is also a major focus. The firm’s ethos is to reduce long-term pollution by sending the smallest amount of waste possible to landfill and it guarantees to recycle at least 85 per cent of what it collects…’ Andy Cattigan, Waste King’s operations director, commented: “If you’re in the waste and recycling business, it’s important to be seen not only as professional and competent, but also as caring for the environment. It’s important that Waste King provides a ‘green’ and ‘clean’ service as well as a competitive one.” The previous day, Waste King’s managing director, Glenn Currie, had been quoted in an article in The Sunday Times about the use of humour in the workplace.“Everybody at work needs to understand when it is OK to tell jokes, as well as which topics are acceptable and which are not,” said Currie. “Our Environment Agency-licensed staff often get ‘mucky’ and difficult jobs to do and a bit of banter between workmates can help pass the time. On the other hand, employees clearing out the house of someone who has died would need to take a respectful tone when introducing themselves to relatives. “As the job goes on, they might then see that it’s OK to have a bit more banter. It’s all about using emotional intelligence.” He added: “Appropriate humour is the shortest distance between two people and, in the right context, brings you closer to people – and it helps to make people happy.“Of course, one of the key ways in which we make our customers happy is by meeting their needs and disposing of their waste in the most environmentally friendly way – notably recycling it,” Currie continued. To see the articles, visit: http://www.telegraph.co.uk/sponsored/business/sme-business-essentials/9397531/environment-business-waste-king.html and http://www.thesundaytimes.co.uk/sto/public/Appointments/article1080755.eceEndAbout Waste King LtdA specialist collections, clearance and recycling company, Waste King serves the domestic and commercial markets. It focuses not only on providing a friendly, efficient, cost-effective service but also one which is environmentally friendly. In particular, Waste King’s uniformed, Environment Agency-licensed staff take time to ensure that the maximum amount of waste can be recycled and that all the waste it collects is disposed of in an environmentally friendly way.Waste King was formed, in 2007, by Glenn Currie and Andy Cattigan, who had experience in sales and IT respectively and were keen to ‘do something to help the environment’.Waste King Ltd Unit 13, Frogmore Industrial Estate, Hemel Hempstead, HP3 9RW Tel: 0800 234 3657/ 01442 216784; Web: http://www.wasteking.co.uk Contact: Glenn Currie, Waste King Ltd, 0800 234 3657 / 07761 577001; glenn.currie@wasteking.co.uk PR contact: Bob Little, Bob Little Press & PR, 01727 860405; bob.little@boblittlepr.com

09-14-2020 | Business, Economy, Finances, B …
Bespoke Mentoring
Andy Lewis MBE hangs up his blade
Andy Lewis MBE hangs up his blade. Paralympic champion announces retirement in the face of a cancelled Tokyo 2020, launches business to support mental health at work. Four years ago today, standing on Rio de Janeiro’s famous Atlantic Avenue, time slowed down for Andy Lewis. Staring out at the Copacabana coastline stretching ahead of him; the heat, the humidity, and a formidable line-up of competitors would make this his biggest challenge in
06-03-2019 | Arts & Culture
H Ventures Zürich
ANDY MEETS WARHOL at Art Basel in Basel 2019
PRESS RELEASE ________ ANDY MEETS WARHOL at Art Basel in Basel 2019 Enabled by AXA ART Versicherung AG, longtime Partner of Art Basel in Basel ______ Zürich, 22nd May 2019. ANDY MEETS WARHOL visits and reports between the 11th and 16th of June 2019 from Art Basel in Basel. The visit of the renowned Swiss art blogger is supported by AXA XL Art & Lifestyle. AXA XL Art & Lifestyle is a longtime partner of the
09-28-2011 | Leisure, Entertainment, Miscel …
Venetian Macao
Andy Hui to Bring His Star Power to the CotaiArena
Hong Kong pop sensation Andy Hui is set to light up the CotaiArena™ stage with his charms, as he brings his reputable talents to The Venetian® Macao-Resort-Hotel on October 29. Having already generated rave reviews from his sold-out Hong Kong performance in May, the singer and actor will bring his On And On 25th Anniversary Concert to his Macao fans, with tickets going on sale September 28. As one of the
08-02-2011 | Business, Economy, Finances, B …
Crestron Electronics, Inc.
Andy Bennett Joins Crestron as Residential Regional Sales Manager
Rockleigh, NJ, July 28, 2011 – Crestron today announced the appointment of Andy Bennett as its new Residential Regional Sales Manager, covering southern California. Bennett joined Crestron from Novidor and Firestone where he was the Southwest Territory Manager. In this position, Bennett will utilize his sales and marketing experience to drive growth and brand awareness of Crestron solutions within his territory. “I am excited to have Andy join our dynamic west
05-20-2011 | Business, Economy, Finances, B …
RSL Funding, LLC
Andy Galloway Joins RSL Funding as Senior Account Executive
RSL Funding Adds Staff In Response To Robust Growth As Top Structured Settlement Purchaser. Mr. Galloway brings top talent to RSL Funding. Houston, TX, May 20, 2011 -- RSL Funding, industry leaders in purchasing structured settlements, lottery winnings and annuities, added Senior Account Executive Andy Galloway to its growing team of seasoned sales and financial services professionals. Having increased its structured settlements purchasing sales staff by 25% in 2010, RSL Funding
05-26-2009 | Tourism, Cars, Traffic
Swissotel Merchant Court, Singapore
SWISSÔTEL MERCHANT COURT, SINGAPORE APPOINTS ANDY YEO AS EXECUTIVE CHEF
Singapore, 28 May 2009 – Swissôtel Merchant Court is pleased to announce the appointment of Andy Yeo as Executive Chef to lead its culinary team. With over 22 years of experience, Chef Yeo is a veteran in the culinary world. He joins Swissôtel Merchant Court to elevate the dining experience for the hotel’s guests. Prior to joining Swissôtel Merchant Court, Chef Yeo who specialises in Local and Western cuisine, has
Comments about openPR
Your portal is fast, simple, and easy to use. Others may have more functions but they also demand more editing time, you have to preformat the text in order to achieve a good result etc. I think openPR is really fantastic!
Andreas Knepper, wallmedien AG