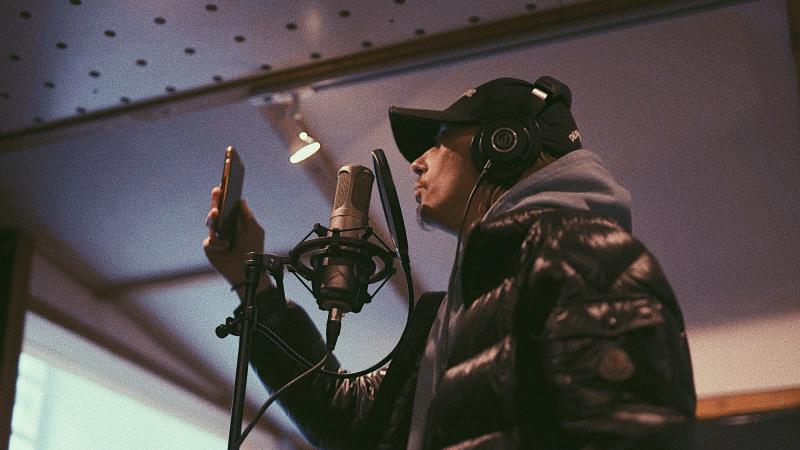 KEVZOR, Klave & Psytech are releasing their first collaboration together with the single "Control", a fast-paced song that may well be the start of a new sound combining EDM with modern melodic rap.“The track was made over Zoom, due to the ongoing pandemic and travel restrictions we had to make the best out of the situation, I really think we succeeded with that. It’s the first time I try going with the EDM route, I love the rhythm and style so my listeners can definitely expect more of the same sound from me in the near future.” KEVZOR saysWorking together for the first time, Klave and Psytech combined their skills on the instrumental and it exceeded their own expectations.“We met in Amsterdam and thought it would be a good idea to create something since both me and Psy are EDM producers. The track was initially for a cancelled session I had during the day later I showed the beat to KEVZOR when we were going to mix another track of ours, the rest is history.” Klave saysThe production is soothing with a pitched down chorus vocal and uplifting bassline, during the break there is an outstanding switch that is perfectly suited for the summer.http://instagram.com/kevzor_ http://instagram.com/klavemusic http://instagram.com/psytechsocietyAlong with the song getting released on all platforms friday, there will a short “Behind the making of Song” documentary dropping on KEVZOR’s YouTube channel directed by Joen Benediktusson.Listen here on Spotify: http://sptfy.com/a31H

11-12-2020 | Arts & Culture
KEVZOR
Swedish rapper KEVZOR is back with his new single "All In"
Swedish rapper KEVZOR from Malmö is back with a new single and music video for the song "All In", this time the sound is darker and has hard 808's produced by Izak. “I've saved "All In" since May this year, it's my first release with Izak whose 808's go really hard on the song. The chorus stands out with a hypnotizing flow and rememberable lyrics, the verses have punchlines and fast-pacey
Comments about openPR
OpenPR ist the nicest and most clearly laid out PR platform I have seen to this day. The press releases are displayed very nicely and clearly and without any unnecessary frills. The updates are fast and the finished release looks appealing and is clearly legible. Even with 16 years of experience one discovers new things from time to time. Congratulations!
Gabriele Ketterl, Director Marketing & PR, Menads