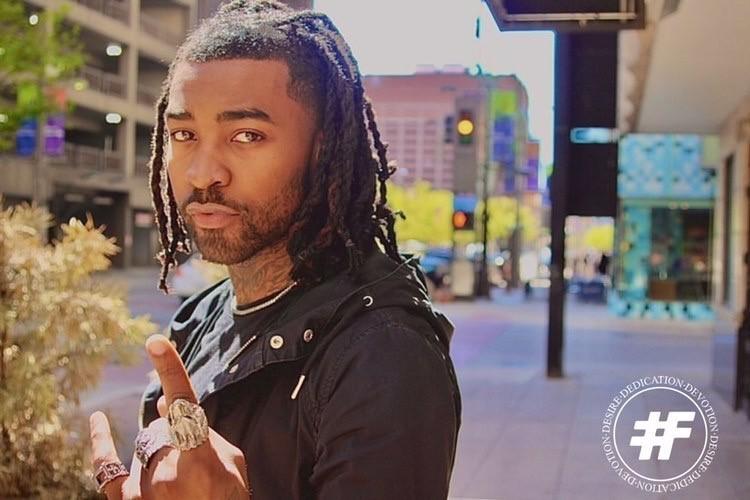 From a small country town by the name of Gilbert, Texas, ambitious artist, K Frazier, now resides in Downtown Dallas, where he hopes to make an impact with his music. Multimedia brand #Focuseddd, interviews K Frazier ahead of his consistent work. K Frazier breaks down his introduction with promising memories from being an MC, to a DJ, to now consistently promoting his music on each platform looking to make a difference. “That’s how I built myself, that’s how I made myself, that’s how I created myself.” Looking to stay connected in the city with others, he added, “I ended up linking with some people when I came down here, and they had a project that was gonna to be dropping on Netflix.” Frazier mentioned that his dream came more true the harder he worked and stayed motivated on the next step he had to reach in his career.Musically, K Frazier has singles “S.M.S, and MISTAKE” that have been the top of the chart releases. Aspiring artist, and being in the entertainment industry, not only brought K Frazier success, but also adversities. The #Focuseddd CEO , Mobeen Mian, personally asks more questions on the motive and inspiration behind K Frazier’s work, and the look on K Frazier was confident as he replied. “I ain’t even gonna lie, my haters motivate me. People that run game and talk behind my back. That motivates me into becoming a better person. Into what I am, and what I used to be.” Looking forward to making a statement on his upcoming projects, K Frazier hopes to keep feeding off the negative energy and aims to inspire others by keeping himself motivated first and foremost.Tags of people mentioned: Instagram.com/kfrazier0 Instagram.com/focuseddd_ Instagram.com/mobeenmianChallenge’s certain artists faced during 2020 were rough due to the pandemic. Levels of certain precautions that were mandated at the state and federal level limited a lot of activity with gatherings, such as concerts, festivals, etc. This limited performances for artists to showcase their talent. K Frazier is focused on to keep pursuing his music to grow his foundation even more than he already has. #Focuseddd continues to push stories of people like K Frazier, who have a story, a purpose, and a motivation in their endeavors.

08-22-2022 | Business, Economy, Finances, B …
Worldwide Market Reports
Lifting Conveyor Market Will exhibit a Stunning Expansion By 2029| Bulk Conveyor …
The latest research on Lifting Conveyor Market provides a thorough examination of the most current developments in the Lifting Conveyor and the key dynamics that are driving growth. It is a research report that examines market drivers, restraints, challenges, risks, and development prospects in the global market for Lifting Conveyor. The global Lifting Conveyor market report is a systematic study of the Lifting Conveyor industry, carried out by way of
08-18-2022 | Industry, Real Estate & Constr …
QY Research, Inc
Lifting Conveyor Market Outlook 2022, Opportunities And Forecast Research Report …
QY Research has recently published a new report, titled Global Lifting Conveyor Market Insights, Forecast to 2028. The report has been put together using primary and secondary research methodologies, which offer an accurate and precise understanding of the Lifting Conveyor market. Analysts have used a top-down and bottom-up approach to evaluate the segments and provide a fair assessment of their impact on the global Lifting Conveyor market. The report offers
06-21-2018 | Leisure, Entertainment, Miscel …
Tina Hogan Grant Books
Author Focuses on the Wives of Addicts
Frazier Park CA – Author Tina Hogan Grant’s debut novel “Reckless Beginnings” to be released October 4th, 2018, reveals what it’s like to be the spouse of an addict. Women’s Fiction, based on true events, Hogan Grant shows us how these wives have become the silent and forgotten ones.   In the media today, we hear how drug and opioid addiction continues to spiral out of control and how drug-related deaths are at an
03-23-2018 | Leisure, Entertainment, Miscel …
Music Promotion Club
'With Me' By Krishna Frazier is Rocking the World with its Vibrant Musicality
Krishna Frazier’s latest release “With Me” has an easy-going and relaxing vibe which gets you to start your weekends the right way. This rising star from Houston, United States brings an unique blend of hip hop and rap music which is energizing as well as calming. The music as well as melody in this song is amazingly light in nature with riffs, beats and the varying ranges of audio
05-18-2017 | Business, Economy, Finances, B …
marketreports.biz
PE-VC Activity in Medical Devices Market 2017 - Frazier Healthcare, Novartis Ven …
MarketReports.biz, recently published a detailed market research study focused on the "PE-VC Activity in Medical Devices Market" across the global, regional and country level. The report provides 360° analysis of "PE-VC Activity in Medical Devices Market" from view of manufacturers, regions, product types and end industries. The research report analyses and provides the historical data along with current performance of the global PE-VC Activity in Medical Devices industry, and
03-30-2016 | Arts & Culture
Jeffrey Breslow Gallery
Magnetism | Meg Frazier + Morgan Winter
Chicago, IL - April 15, 2016, 5p - 8p- Magnetism | Meg Frazier + Morgan Winter. The Jeffrey Breslow Gallery celebrates a unique collaborative exhibition of work by Meg Frazier and Morgan Winter. The show, titled Magnetism, represents the unseen yet tactile energy that exists when two distinct styles approach artistic compositions as one. Meg Frazier, known for her bold brush strokes trickled throughout her abstract style, and Morgan Winter,
Comments about openPR
I can't but agree to the positive statements about your portal: easy to use, clear layout, very good search function, and quick editing!
Jens O'Brien, Borgmeier Media Communication