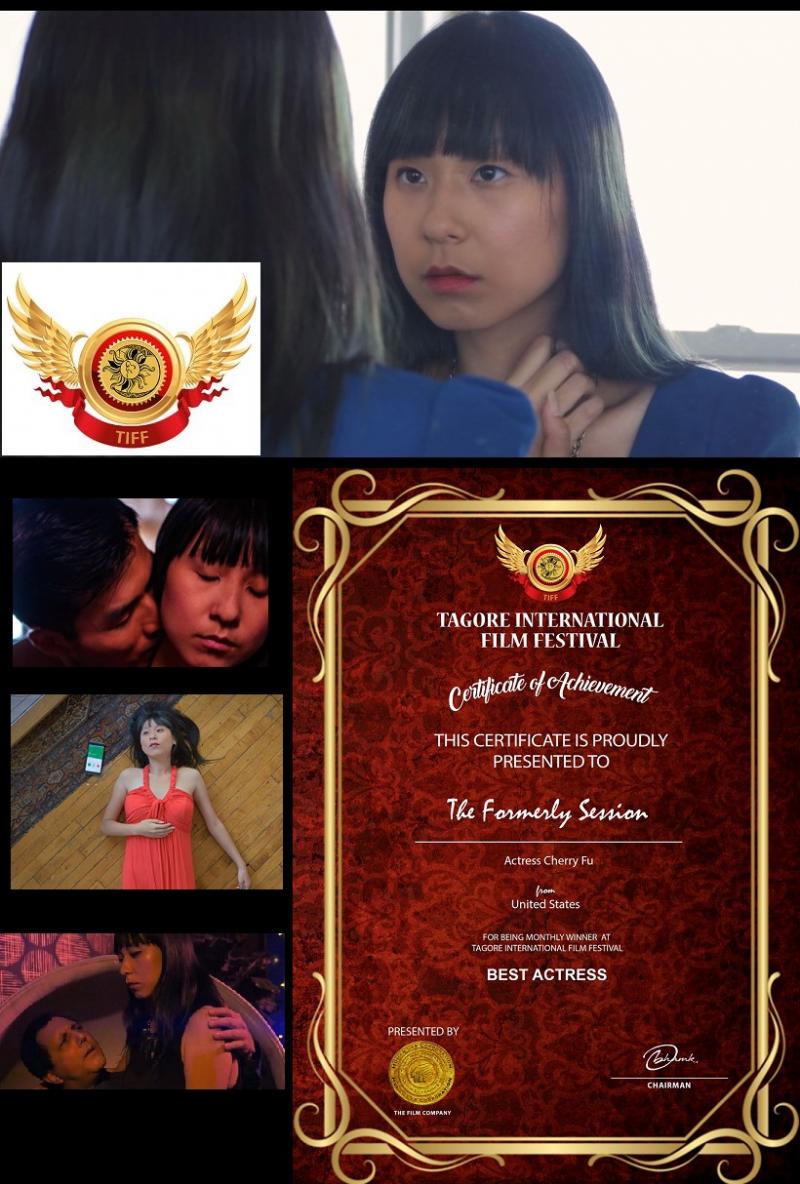 January 24, 2020; New York - Actress Cherry Fu from the United States was adjudged the ‘Best Female Actress’ at the Tagore International Film Festival held in 2020. She won the award for the film ‘The Formerly Session.’Actress Cherry Fu is an internationally renowned Asian-American actress who has worked in many movies. She was born in Queens, New York. Cherry Fu speaks both English and Mandarin fluently. But, she is known for her latest film, ‘The Formerly Session’ of February 2020. The actress is based in New York. She started her career as a model and then entered the showbiz industry. Her acting is quite popular in the cinematic industry. According to Spokesperson for Cherry Fu, “The actress was first discovered at the age of 14 years when she used to do the runway shows at the Asia Business Center located in New York City. At the age of 18, she started with modeling and acting as a full-time job. She is adjudged as the best female actress at Tagore International Film Festival for 2020. This award function was held in Shantiniketan, Bolpur, India. Moreover, the jury picks the best movies, best male and female actor, best cinematography, best director, best editing awards, and much more. Cherry Fu’s recent movie The Formerly Session is produced and written by her only.”The audience has liked the movie for production and Cherry’s acting. The movie reveals the dark side of toxic relationships. It is set up in the modern-day city, New York, showing the way relationships are weighed nowadays. Apart from acting, Cherry Fu is also trained in gun shooting, kickboxing, kendo, and archery.http://www.cherry-fu.com www.youtube.com/channel/UCBlP7dk9Q8seydm_yafFI8g Location: New YorkAbout Cherry Fu Cherry Fu is an Asian-American actress known for her role in the movie ‘The Formerly Session’ released in 2020. She has won the Best Female Actress award at the Tagore International Film Festival for this movie. Along with acting, the actress has completed Business Degree Major in Fashion & Merchandising, and Art. Watch out her short film here https://www.imdb.com/title/tt10423590/