Nesha Deshaun Has Made A Slash With Her New Record 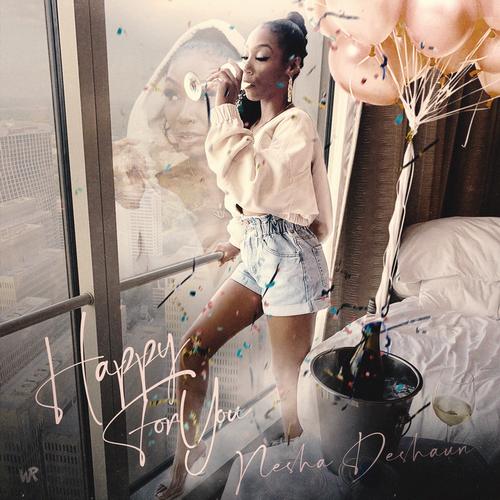 The song titled ‘Happy For You’ features a heartfelt story that moves everyone. January 04, 2021: The most upcoming artist and the recently signed SonyAtl/SCJ songwriter and independent singer Nesha Deshaun has released her new record titled ‘Happy For You’ in December, during the Christmas celebration, on all major platforms. Telling a heartfelt story the record created a huge sensation among music lovers. Only a few songs have received such warm receptions from all quarters and all over. The song starts with how she would turn her pains into champagne and heartaches into cakes. It tells how she is happy for everyone. Through her melodious voice, she repeats this and says she is always happy for everyone’s success. As love is blind she is always happy for others despite all oppositions and barriers. It sends the message that this is the motto for 2021. Born with the musical backgrounds of Memphis, Tn, Nesha Deshaun is an artist with multiple talents. She had an early start. While she performed first when she was only 6, she did not stop there. By the time she was 11; Nesha started writing and also produced her tracks. She won the "PROLINE/ Just for Me" jingle contest in 1998. It was a great leap forward for her when she realized her writing talents. Her professional stint started when Nesha attended the Stax Music Academy at the age of 14 There she learned the art of production, performance, vocal effects, and how to do all these in total harmony. Graduating from the academy and Germantown high school, she became a student at Clark Atlanta University and since that time, she has been an independent and the most rising artist in the music industry. “Music is everything for me. I cannot live without it. The new record is all about my firm belief and depicts the way I live. It is all about love for everyone, however hard the situation may be and love can only show you the right path of living in this year and every year to come,” said Nesha Deshaun.Because of her mind-blowing performance, ‘Happy For You’ ushers an extraordinary musical experience. The song is so amazing that it keeps the listeners spellbound. Now, music lovers are eager to have more like this from her again and again.https://song.link/us/i/1545957743One can listen to the song at https://song.link/i/1545957743 or She can also be followed @neshadeshaun on social media platforms.