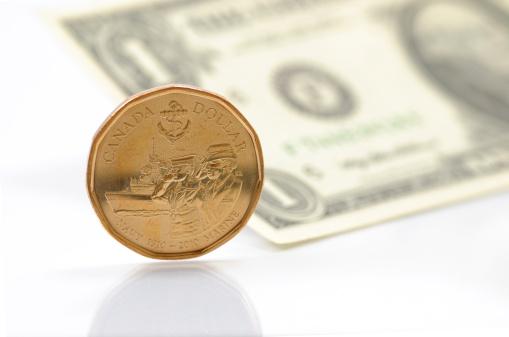 In his recent Profit Confidential article, Canadian Dollar Poised for Long-term Strength, Sasha Cekerevac reports that March’s number for job creation in Canada came in at over 82,000 jobs. The editor feels that this positive news will help propel the Canadian dollar higher. “With a population approximately 1/10th the size of the U.S., it would be the equivalent of the American economy creating 820,000 new jobs in March,” suggest CekerevacIn the Profit Confidential article, Cekerevac states “With the U.S. deficit pegged to hit and possibly exceed $1.3 trillion in 2012, this can’t help the U.S. dollar.”Furthermore, Cekerevac notes that additional monetary stimulus has devalued the U.S. dollar and pushed up commodity prices before and will do so again. “Canada sells commodities, tons of them; from oil, to gold, to wheat and almost everything in between. The higher commodities go, the higher the Canadian dollar goes,” suggest Cekerevac. “This is combined with the fact that the Canadian government is very well managed financially, with some estimating that the Canadian budget deficit for this year will only be $20.0 billion.” Cekerevac estimates a budget surplus for Canada by 2015-16. “How long until the U.S. budget deficit disappears,” asks Cekerevac? The editor doesn’t see any political will to change the direction and believes that, with it, we will see the U.S. deficit continue to soar.“Bank of Canada Governor Mark Carney has been a strong voice in letting the markets know that inflation will not be tolerated,” suggest Cekerevac. “We will most certainly get a rate hike in Canada sooner than in the U.S., which should help move the Canadian dollar higher.” Profit Confidential, which has been published for over a decade now, has been widely recognized as predicting five major economic events over the past 10 years. In 2002, Profit Confidential started advising its readers to buy gold-related investments when gold traded under $300 an ounce. In 2006, it “begged” its readers to get out of the housing market...before it plunged.Profit Confidential was among the first (back in late 2006) to predict that the U.S. economy would be in a recession by late 2007. The daily e-letter correctly predicted the crash in the stock market of 2008 and early 2009. And Profit Confidential turned bullish on stocks in March of 2009 and rode the bear market rally from a Dow Jones Industrial Average of 6,440 on March 9, 2009, to 12,876 on May 2, 2011, a gain of 99%.To see the full article and to learn more about Profit Confidential, visit www.profitconfidential.com.Profit Confidential is Lombardi Publishing Corporation’s free daily investment e-letter. Written by financial gurus with over 100 years of combined investing experience, Profit Confidential analyzes and comments on the actions of the stock market, precious metals, interest rates, real estate, and the economy. Lombardi Publishing Corporation, founded in 1986, now with over one million customers in 141 countries, is one of the largest consumer information publishers in the world. For more on Lombardi, and to get the popular Profit Confidential e-letter sent to you daily, visit www.profitconfidential.com.Michael Lombardi, MBA, the lead Profit Confidential editorial contributor, has just released his most recent update of Critical Warning Number Six, a breakthrough video with Lombardi’s current predictions for the U.S. economy, stock market, U.S. dollar, euro, interest rates and inflation. To see the video, visit http://www.profitconfidential.com/critical-warning-number-six.Profit Confidential is Lombardi Publishing Corporation’s free daily investment e-letter.Profit Confidential 350 5th Avenue, 59th Floor New York, NY 10118